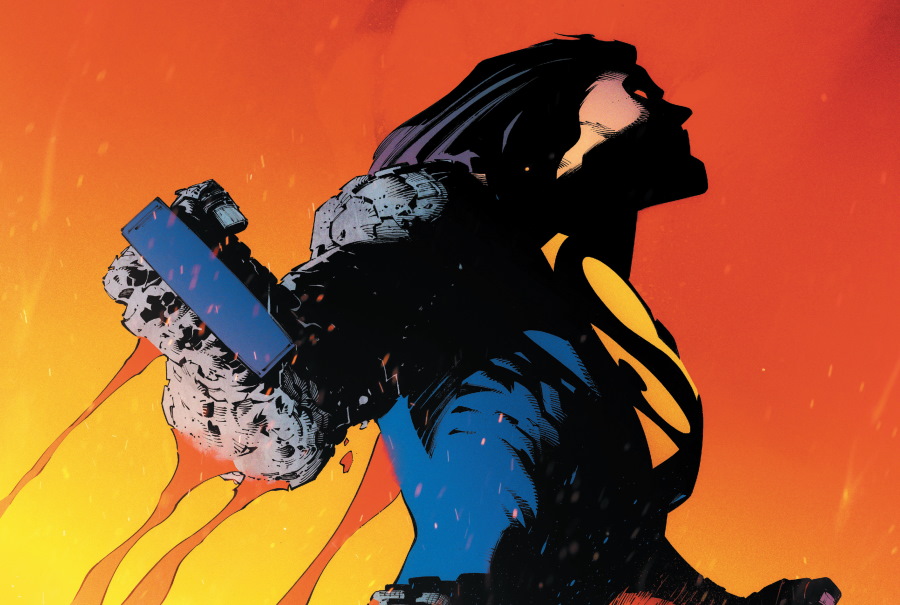 Dark Nights: Death Metal # 3, the evil seduction of the prelude to battle

Dark Nights Death Metal is a seductive post-apocalyptic fantasy epic, which shows the great maturity that Scott Snyder and Greg Capullo have reached.

Although in the previous installments, resorting to the management of eloquent perspectives in forceful moments within an aesthetic as extravagant as it is dark and twisted, they established Wonder Woman as the great protagonist within this nightmarish passage where the Justice League has fallen before the collision of realities caused by a malevolent divinity, who has also left everything in the hands of an even more terrifying villain.

Now they reinforce this by focusing not only on the presence of the Amazon, but also on the way in which this influences others, to measure the scope of the role that this time corresponds to her.

Thus, through the gaze of the most powerful and iconic DC comics superheroes, we can see the significance of a leader, whose nature today fits perfectly into that necessary trend of female empowerment.

All in the middle of the foray into the landscapes of Apókolips, which never looked so terrifying as now that it is in the hands of the terrible Batman Who Laughs.

It is with the latter that the suggestive eagerness that distinguishes what should be considered an effective transition episode also works perfectly, avoiding showing him as much as possible to leave him as a latent threat that permeates the environment and infects the adventure.

They only give a small and more than enough sample of the savage motivation that he becomes, for Barry Allen, who in order to prevent his power from being consumed with the anti-life equation, has to initiate the most desperate of the careers counting only on the teachings and support he receives along the way from Jay Garrick and Wally West.

As for the different variants of the elements and characters that make up the particular mythology of the bat man, whose aesthetic acquires insane features with Gothic reminiscences and a marked sacred air, finding its most disturbing point in the “For Robins” that include in their ranks. to him who wears a crown of thorns, neither more nor less; they remain one of the greatest draws, feeding on a ruthless irony that gives rise to sardonic jokes. And it is what as Harleen says “Bats, even your evil versions are good with names.”

Read:  Did you notice it? An intriguing villain had a brief cameo in the Suicide Squad

Finally, the satirical role given to Mister Miracle, to raise the questions of self-control that Superman always brings with him, coupled with the strident irruption of Lobo, who has become the instrument for the return of another of the Machiavellian characters that have been pulling the strings, he shapes a worthy prelude to what could be the final battle.

Dark Nights Death Metal is a seductive post-apocalyptic fantastic epic, which shows the great maturity that Scott Snyder and Greg Capullo have reached, which is also crowned with an edition that saw on the laminated cover the melancholic spirit of the Italian band’s metal Lacuna Coil.

As if that were not enough, it includes an introduction written by Cristina Scabbia herself, expressing her affinity for the legendary Gotham City vigilante.

Dark Nights: Death Metal, the event of the year at SMASH and DC Comics Mexico

Scott Snyder and Greg Capullo return to the stage! The legendary team behind Dark Nights: Metal and Batman: Last Knight on Earth gathers for one last concert. When Earth is engulfed by the Dark Multiverse, the Justice League is at the mercy of the Laughing Batman.

Humanity struggles to survive in a twisted hellish landscape, beyond recognition, while Batman, Wonder Woman, and Superman have split apart and are struggling to survive.

SMASH and DC Comics Mexico bring you Dark Nights: Death Metal, a world-class event that will impact the foundations of the DC Universe and what you have known.

How to convert a photo into PDF from your mobile