The stage for motorcycles and quads has been abruptly neutralized at kilometer 101 due to the poor condition of the special. The rains of the previous days and the passage of cars, ‘Side by Side’ and trucks along the route on the previous day have caused the terrain was not practicable for the race dispute rule. For this reason, ASO has decided to neutralize the test and award victory to Daniel Sanders with a time of 51 minutes and 43 seconds. The Australian ‘motard’ thus adds his third stage win after beating Sam Sunderland 2 minutes and 26 seconds. The triumph in quads has been for Aleksandr Maksimov, while the reigning champion Manuel Andujar has retired.

In a neutralization more typical of the Dakar in South America, motorcycles and quads have seen their day reduced to a minimum. 100 kilometers, less than an hour of competition, which ended with a victory for Daniel Sanders ahead of Sam Sunderland and Matthias Walkner. And precisely these two ‘motards’ are the protagonists of the general, with Sunderland in the lead position with a 2 minute 39 second lead over Matthias Walkner. Behind both was Pablo Quintanilla, followed by Ricky Brabec and Mason Klein. Stefan Svitko has slipped seventh in a stage with also reduced differences.

In fact, Lorenzo Santolino and Joan Barreda have yielded less than 5 and a half minutes with the winner of the stage, despite finishing in thirteenth and fourteenth positions. Result that can even be positive for the restart of the competition on Sunday, since the two Spanish ‘motards’ will be able to go out to attack. The objective for Santolino is to get back into the ‘top 5’ of the general classification after being overtaken by Pablo Quintanilla. For its part, Barreda wants to continue climbing positions now that he is ninth Almost 26 minutes behind the leader of the classification with six stages still to be contested.

The neutralization of the sixth stage has been good news for the Spanish ‘motads’ that are still in competition, as they all make sure to continue in the race after the rest day. As a brief review, Joan Pedrero finished the day in 27th place 8 minutes and 41 seconds from the head. For his part, Albert Martín as the best member of the TwinTrail Racing Team was 46th. Marc Calmet finished the stage in 52nd place, while Sandra Gómez has been 66th. Eduardo Iglesias, Carles Falcón, José Arvest, Sara García, Javi Vega and Rachid Al-Lal Lahadil are still in the race.

In the quad category the circumstances have been identical and the race has stopped with little more than an hour of competition. A fact that has been favorable to the Russian Aleksandr Maksimov, since the ‘rider’ has scored the victory in the sixth stage with a final time of 1 hour, 10 minutes and 10 seconds. Frenchman Alexandre Giroud was second just 9 seconds behind the winner, a result that allows him to consolidate his leadership at the head of the quadricycle general. Sebastien Souday finished third on the stage, while Brazilian Marcelo Medeiros finished fourth. 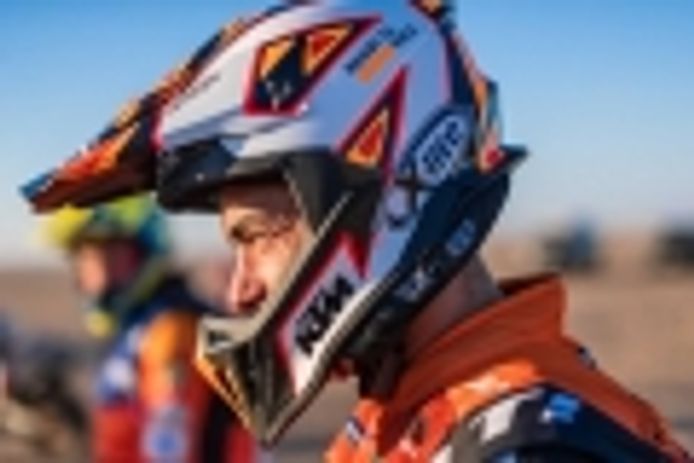 Beyond the partial results, the sixth stage has been key in the category due to the goodbye of Manuel Andujar. The reigning Dakar champion on quads had a very strong accident in one of the most broken areas of the first section of the stage, before neutralization. The Argentine rider has suffered a severe blow that has left him out of the race, the same situation that Ross Branch has experienced on motorcycles. With the loss of Andujar, the provisional podium in the quad category is made up of Alexandre Giroud, Pablo Copetti and Aleksandr Maksimov himself.

This is how the new TikTok button will work; is similar, but not the same as Twitter

The perfect controller to play Game Pass with support included, for only 35 euros

The perpetrators of Ahmaud Arbery’s murder face life in prison