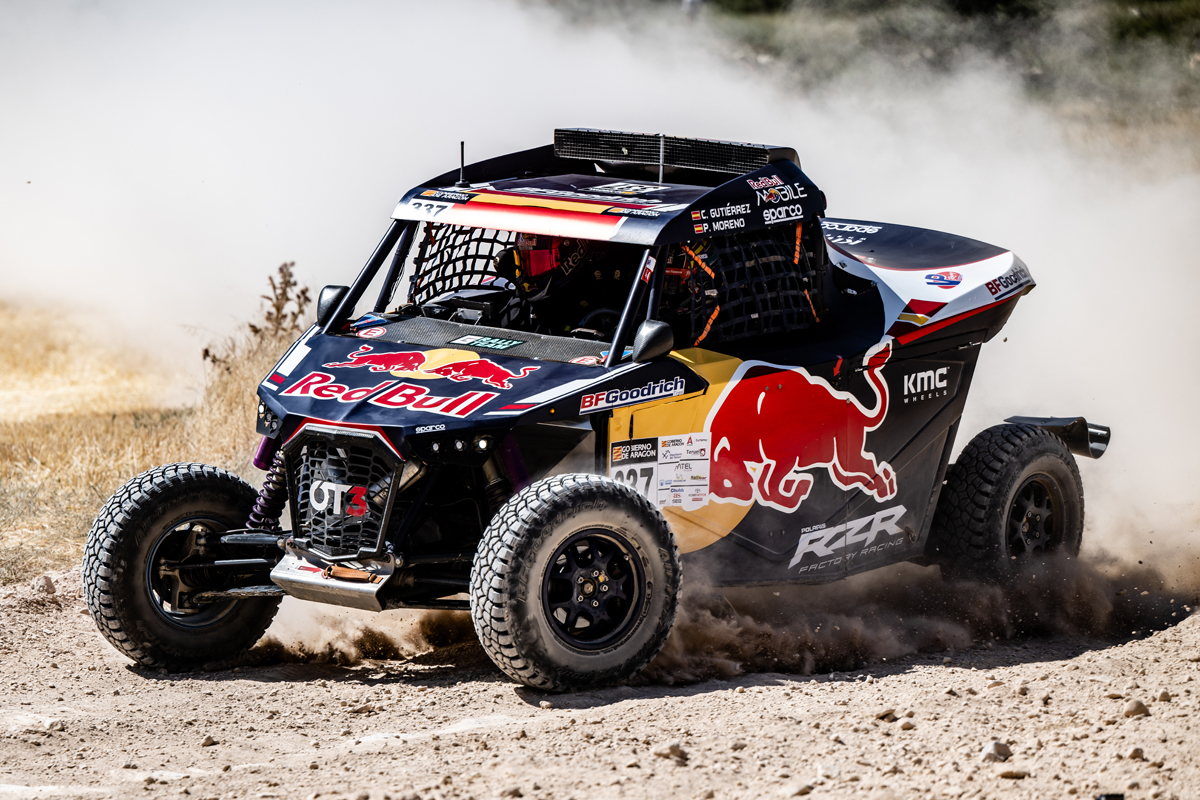 Dani Sordo and Cristina Gutiérrez were two of the great protagonists of the T3 category of the recent Baja Aragón. The Hyundai driver in the World Rally Championship and the Red Bull driver in the World Rally-Raid Championship fought for the places of honor in this category. Although neither of them finally got the victory, since the victory went to the Portuguese Joao Dias, both Sordo and Gutiérrez left their mark and showed that they are prepared to face very serious challenges within the specialty.

What few could expect is that after being rivals in Teruel, the next challenge for both would be a joint one. In a move that very few could anticipate, Dani Sordo and Cristina Gutiérrez will compete together in Vegas to Renoone of the most traditional and hardest off-road tests on American soil. Sordo and ‘Tortu’ will get upset at the wheel of one of the Red Bull Off-Road Team’s OT3 in this test that runs through the deserts of Nevada and is 800 kilometers long.

The fantastic level shown by Dani Sordo with the Can-Am of the Nasser Al-Attiyah team in the Baja Aragón stages has encouraged Red Bull, personal sponsor of both drivers, to shape this joint project. Sordo and Gutiérrez will bid for the victory in Vegas to Reno in the T3 category. For Dani Sordo, OT3 will be a novelty, as will the co-driver who will accompany both, since Pablo Moreno will be the sailor who will compete at the right hand of both Sordo and Gutiérrez in Nevada.

Read:  Toyota reveals the technical details of the new GR 86, its launch is near

It will be interesting to see what Dani Sordo can do with the Red Bull OT3, since the Cantabrian seems willing to continue his career in raids once his presence in the World Rally Championship is over. for now, the Cantabrian is completing a very reduced program this season in the WRC in the process of generational change with Oliver Solberg as the protagonist. In fact, Sordo has competed in Portugal and Sardinia, he will also do so in Greece and it is likely that he will also contest the RACC Rally as the last date on his programme.

For Cristina Gutiérrez the ingredients are much better known, since the OT3 is the vehicle with which he has competed in the last two editions of the Dakar and more recently in Baja Aragón itself. In addition, Pablo Moreno is his reference co-driver, although they have been separated for a while and their reunion took place at the Teruel event. Yes indeed, both ‘Tortu’ and Sordo face a Vegas To Reno that they have not played before and that it has some ingredients that are somewhat different from the raids in which the Burgos woman competes on a regular basis.