Bullfrag
Home Entertainment Damon Albarn is already working on the project about his popular virtual... 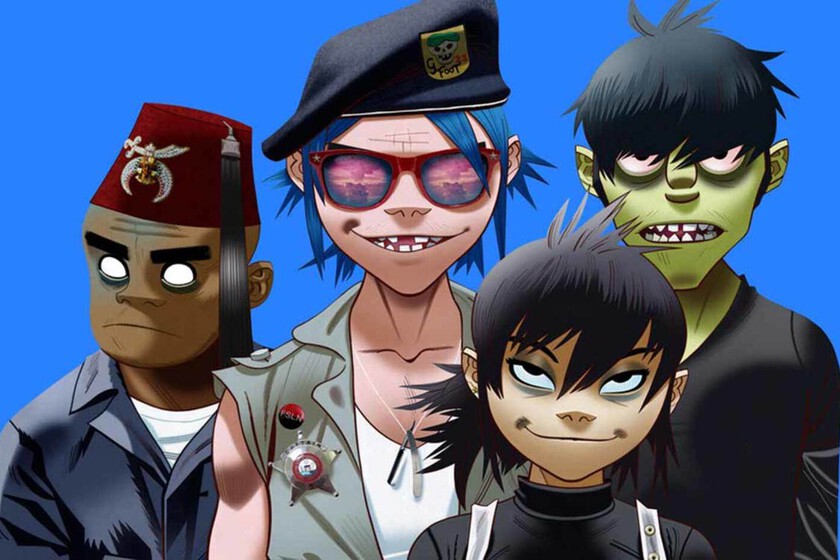 Although the first precedent dates back to the late 1950s, when Ross Bagdasarian created Alvin and the Chipmunks, they were the Gorillaz of ex Blur Damon Albarn those who popularized the concept of “virtual band” in a distant 1998. Now, more than two decades after our eardrums were caressed for the first time with songs like ‘Clint Eastwood’, 2-D, Murdoc and company will make the leap to the cinema hand in hand with Netflix.

The news has come in an Apple Music podcast from Albarn himself, who has dropped the bomb without restraint: “I’m in Los Angeles because we’re doing a Gorillaz movie with Netflix. We have a writing session in Malibu this afternoon.”. But, of course, the star has not limited himself to commenting on this, releasing the odd … praise? on the platform.

“I’m on Netflix because we’re doing a Gorillaz feature film with them. It’s something I’ve wanted to do for a long, long time. But Netflix, I don’t know. Besides that they’re running this city right now … I mean it’s extraordinary to see it. ubiquitous they are right now. They seem to have a good creative team, you know. “

It’s not the first time that good old Damon has spoken about the project. Last October 2020, during the New Arrivals program on Radio.com, He already commented that they were at work.

“We signed contracts, we started the scripts and such. Making an animated film somewhat abstract is a great risk for a studio, because they are very expensive. I see a lot of people doing animation films nowadays, but I don’t think they come close to it. the quality of ours. We are more in the world of Studio Ghibli. “

Although the comparison to Ghibli may seem exaggerated – in fact, it is – the audiovisual quality of the Gorillaz video clips always looks at a magnificent level, and could be translated into a feature film that, on paper, and in the absence of knowing more details about its plot or pretensions, it seems most desirable. We will closely follow the evolution of the project.

Read:  The Batman tests the Batsignal