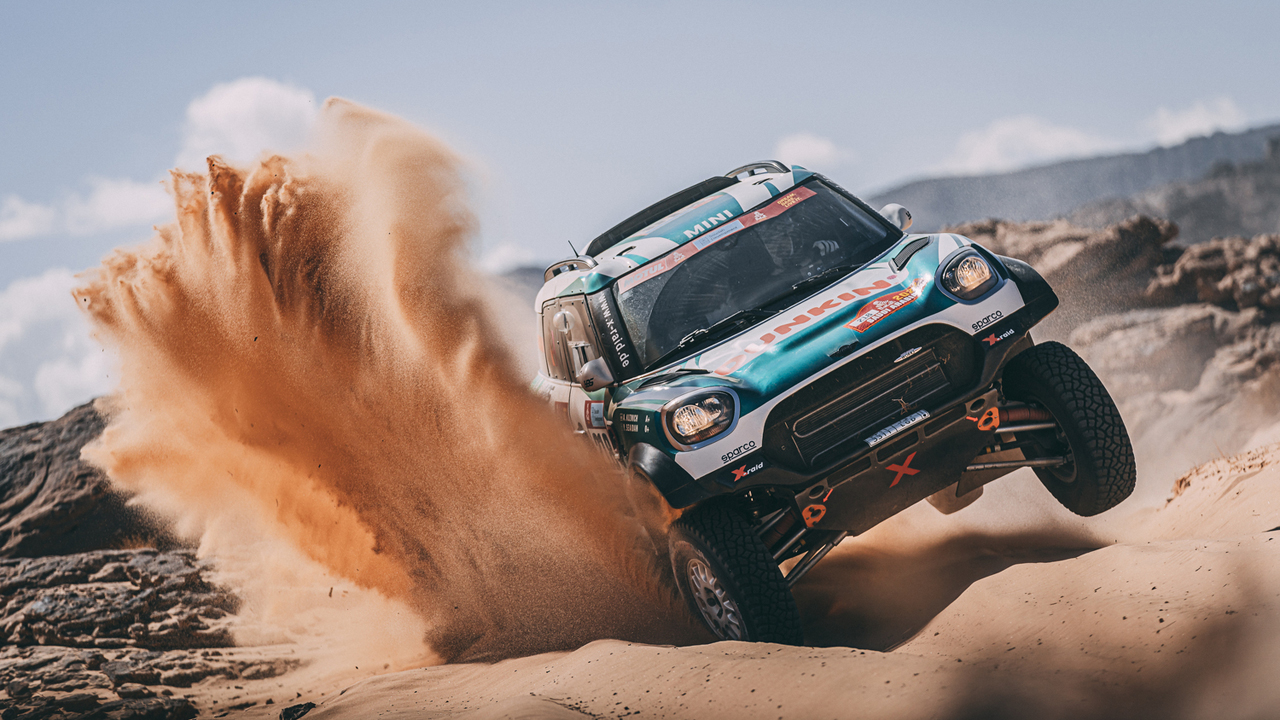 The first week of the 44th edition of the Dakar has earned the illusions of a good number of riders, pilots and co-drivers. Some have lost any chance of winning the rally or meeting their objectives, while some have had to say goodbye to the race in a rush. The new format of the Dakar in its connection with the FIA ​​and FIM World Championship has allowed many drivers to continue in the race based on sanctions, a right that they have acquired by having points at stake at each stage. However, almost thirty participants are no longer part of the Dakar caravan on the rest day in Riyadh.

The motorcycle category has barely left seven casualties, at least among those that are already registered in the ASO database. It is true that several pilots have re-engaged in the race after skipping a stage or part of one or more special, but the drop-out rate is really low. Among the ‘motards’ who are out of the race appears Skyler Howes after suffering a spectacular fall and hitting his head. The Spanish José María García Domínguez has also left, although the most media abandonment has been that of Mohamedsaid Aoulad Ali after seeing how the Toyota of ‘Orly’ Terranova passed over his motorcycle.

There are also seven withdrawals registered by ASO in quads, although we must add the loss of current champion Manuel Andujar after suffering a spectacular fall in the sixth stage. Apart from the Argentine ‘rider’, several of the contenders for the ‘Touareg’ are out of the game. Tomas Kubiena, Italo Pedemonte and Giovanni Enrico had serious options to fight for the final victory. The list of casualties also includes the names of Nelson Augusto Sanabria, Laisvydas Kancius and Nicolás Martínez, as well as that of the Spanish rider Toni Vingut. The Ibizan crashed in the early stages of the Dakar and suffered a broken jaw.

Nor have there been many dropouts in the car category, although Riders of the stature of Stéphane Peterhansel and Carlos Checa have re-engaged in the race with serious penalties for skipping part of a stage or even full days. Among those who are out of the Dakar in absolute terms we find Benediktas Vanagas after his strong accident or Yasir Seaidan, the latter due to the fire of his MINI. Despite having Nasser Al-Attiyah’s Toyota, Frenchman Romain Dumas was unable to make it through the first week of the race either.. Jérôme Pélichet, with a vehicle similar to that of Carlos Checa, failed to reach the middle of the race.

In a Spanish key, Jordi Queralto, José Manuel Salinero and Jesús Calleja have abandoned the race, as well as Manuel and Mónica Plaza after being hit by a truck. This draws a list of casualties in the Spanish ranks like the one that has been given in the entire T3 category, where there are only five registered dropouts. Andreas Mikkelsen in his Dakar debut could not go beyond the fourth stage. Other proper names that have been left out have been Saleh Alsaif. Inside class T3 We must also regret the casualties of Axel Alletriu, Jean-Pascal Besson and of the Spanish Xavi Foj, with no luck in his upgrade from class T2.

Read:  The 1986 Hyundai Grandeur is transformed into an electric car

The history of this Dakar is written in singular feminine Spanish

The curiosity is given that in the T4 category there has not been any abandonment by ASO and the 47 vehicles that started the race have reached the rest day, although there are some participants who accumulate more than 80 hours of sanction by continuing in the race at the cost of skipping several stages. By last, there are five fewer vehicles in the truck category than those that started in Jeddah, although there is no dropout among the favorites. The eight trucks with a Spanish presence are still in the race after the first week of the rally.