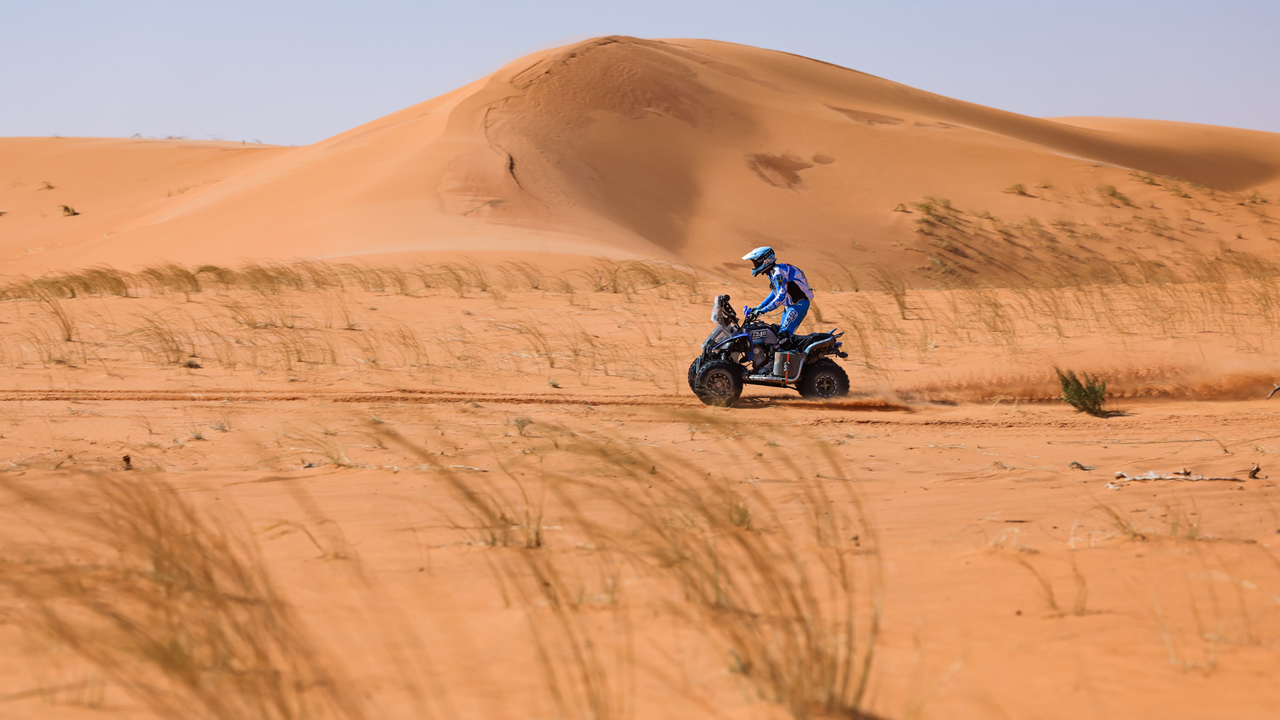 The Dakar quad category has reached the rest day with the throne of desert champion. The fall of Argentine Manuel Andujar in the sixth stage has left him out of the rally, partly because of the blows he accumulates on his body and partly because of the serious damage his quadricycle suffered when he hit the stone that caused this accident. An unfortunate mishap that also occurred at kilometer 10 of the specialAlthough the race was later neutralized at kilometer 101 by decision of ASO due to the push of the ‘riders’ not to continue the stage.

The huge ruts caused by cars, ‘Side by Side’ and trucks left the terrain very damaged and totally impractical for motorcycles and quads, as Andujar could see in his own flesh. The Argentine was rolling at 110 km / h when he ‘ate’ a footprint of a meter and a half truck, broke the front grill and shock absorber and was thrown from his quad. A mishap that opens the fight for the ‘Touareg’ in the quad category ahead of the second week of the rally. In fact, Alexandre Giroud, Pablo Copetti and Aleksandr Maksimov face the second half of the event 36 minutes apart.

Manuel Andujar He assured after his fall: «I don’t know what to say. My body hurts a little, especially my legs, because when I fell at 110 km / h the quad turned on me several times. However, what hurts the most is my heart. Today the Dakar played a trick on us, because we were left out after the stage was neutralized at kilometer 101. The riders decided they did not want to continue. Traces of the trucks from the day before made this stage a total danger with wells more than a meter deep without any warning appearing in the ‘roadbook’ we had ».

Terranova is reunited with victory in the Dakar seven years later

Along these lines, the Argentine ‘rider’ added: «Unfortunately, several ‘motards’ and I are no longer in the race because we continue to fall before neutralization. Unfortunately, I have to say goodbye to the Dakar for the first time. My frustration is great and my sadness is even greater. I am very sorry, especially for the work the team has done every day and for my desire to give another joy to Argentina. I deeply regret what happened. Now it’s time to rest, recover and continue writing our history. I can only apologize to my fans and wish my rivals the best for the rest of the race.».