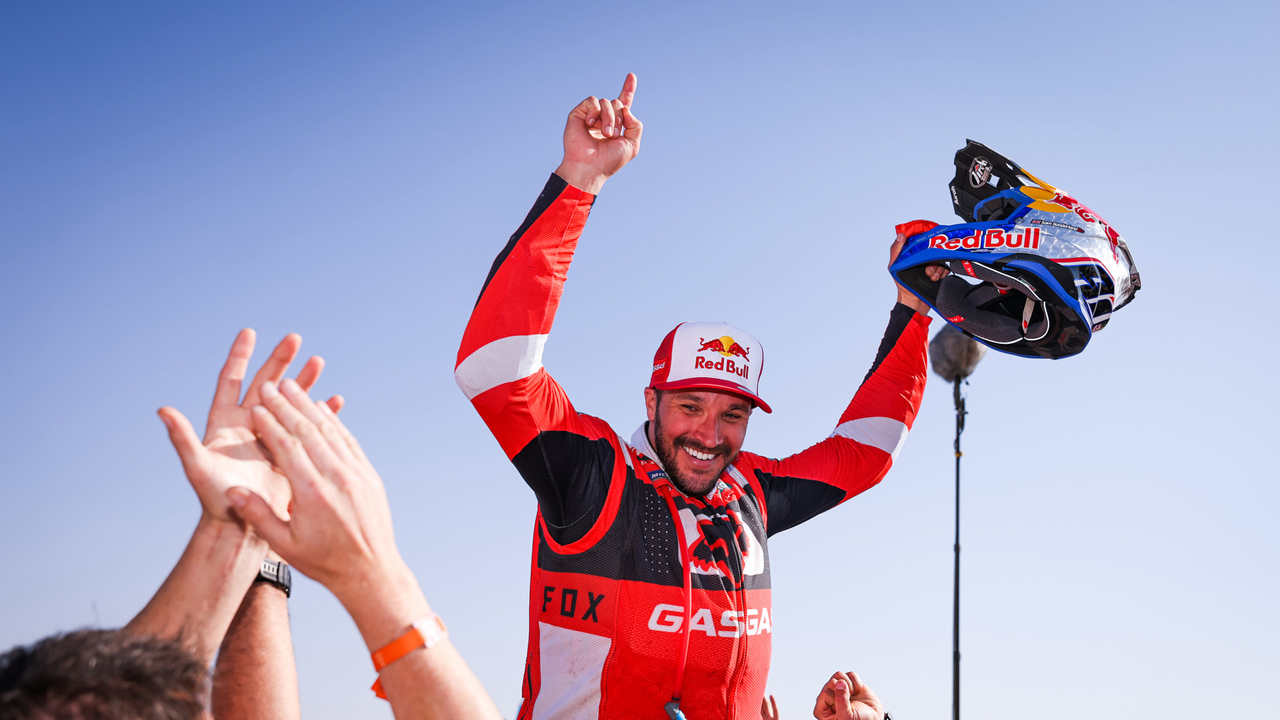 A year ago, Sam Sunderland closed the podium in the motorcycle category of the Dakar 2021. Despite the British efforts, Honda reaffirmed its acquired dominance in the toughest rally-raid in the world and achieved its second consecutive victory with a double led by the Argentine ‘motard’ Kevin Benavides and completed by Ricky Brabec, winner in 2020. Sunderland was the best KTM rider and at the same time the first loser, although at the time I could not imagine that Kevin Benavides’ ‘Touareg’ was going to allow him to be closer than ever to his second Dakar after the one achieved in 2017 together with KTM.

In fact, the events after the end of the 43rd edition of the Dakar unfolded in almost record time. In the first days of February, Kevin Benavides confirmed that his renewal with Honda was stalled and that he valued other options. Already in March his signing by KTM was taken for granted, a movement that was confirmed in April. At the time, KTM had Sam Sunderland, Matthias Walkner and Toby Price on its works team, plus newcomer Kevin Benavides. And in the accounts of the Austrian firm there was a leftover pilot, Sunderland being the ‘banished’. Sam went on to defend the colors of GasGas in November.

This movement to make room for Kevin Benavides in the official KTM team he left Sam as leader of the GasGas project, a Spanish firm under the umbrella of KTM. Few then could place the British ‘motard’ in the ‘Touareg’ pools, even less his partner Daniel Sanders. However, the start of Dakar for both could not have been better. Sanders achieved victory in the prologue and in the first stage. In addition, the Australian also scored a partial victory in the sixth special, although his rally ended shortly after. Meanwhile, Sunderland moved among the best with fine-tuned regularity..

Read:  DS Automobiles does not give up and will continue to bet on China

After the first week of the race it was clear that Sunderland and GasGas were very serious. In fact, the Briton managed to lead the rally between the second and sixth stages. Despite briefly losing the lead in stage seven, on what was his worst day in terms of results, Sunderland regained first place in the eighth stage with his only partial victory of the edition. He had to suffer in the following two days, although the GasGas rider got the perfect starting position for give the final blow to the Dakar in the eleventh special.

Sam Sunderland now has his second ‘Touareg’ and KTM is certain to have been wrong. While it is hard to say whether Sam would have won the Dakar in the Austrian brand’s official structure this year, what is clear is that Sunderland’s win puts the Mattighofen-based manufacturer in a bad spot, as the ability to have four drivers in the official team, as Honda also has, it is there. Meanwhile, the Catalan firm GasGas celebrates its first Dakar, even if little remains of the original brand now that it is just another ‘subsidiary’ of KTM. Nevertheless, Sunderland’s triumph has notes of Spanish cante.