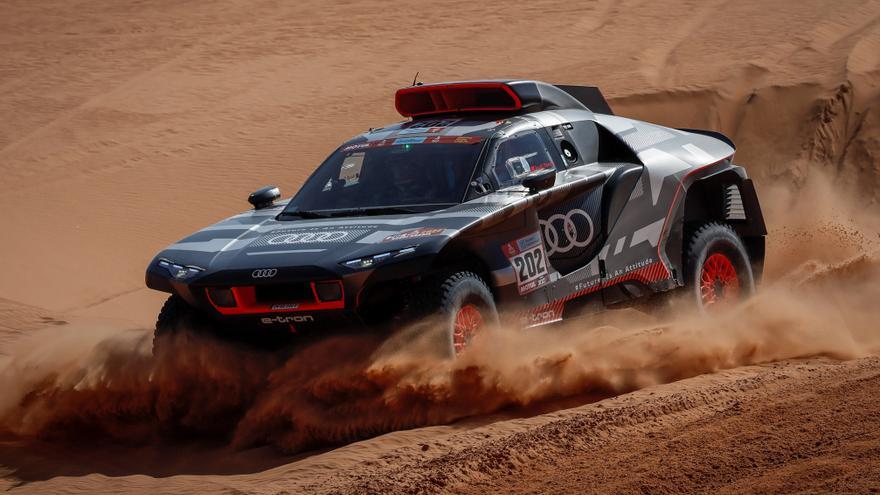 The Spanish Carlos Sainz (Audi) finished third in cars on the seventh stage of the Dakar, starting in Riyadh and ending in Al Dawadimi, due to navigation problems with “hidden checkpoints & rdquor ;, but he was confident for tomorrow, Monday, by ensuring that“ they will try to win & rdquor ;.

“We are shaping up little by little. In navigation we have to improve to avoid those areas so complicated with control points so difficult to grasp, which make our lives quite complicated. Tomorrow we will try to win the stage & rdquor ;, he assured when arriving at the camp.

“We started well despite going so far back because the beginning was sand and we could go past some cars. We got to neutralization first, and from there the panorama changed. It was a zone of changes of direction and hidden checkpoints; so we had to turn around three or four times because we weren’t going well & rdquor ;, he analyzed about the seventh stage.

“There the stage started to get complicated because cars that had already passed us passed us and it was more difficult to overtake again because of the dust. It was difficult to navigate & rdquor ;, completed.

A Sainz that he was satisfied with Audi’s innovative hybrid vehicle in terms of reliability.

“Happy with the car because there were no mechanical problems and we were going well with the pace. Much calmer (with the shock absorbers, after two breaks) & rdquor ;, he commented.

Read:  The work that we do not see but generates value, and a lot