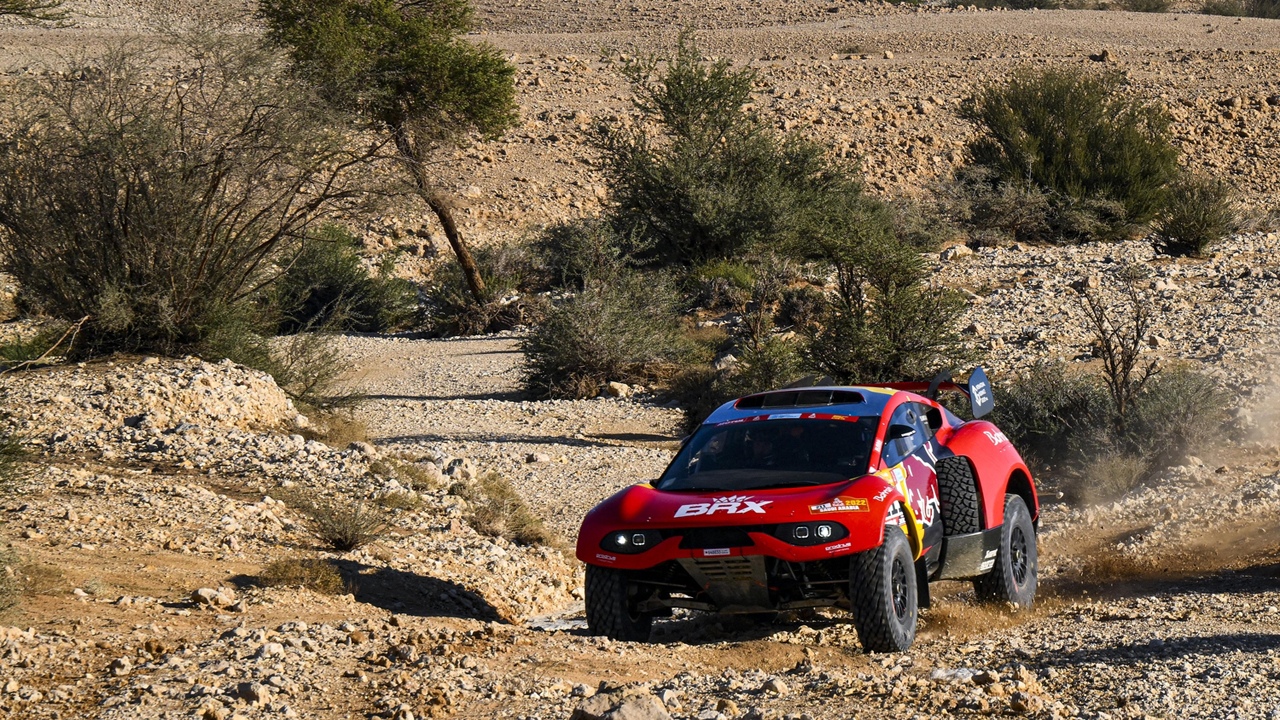 Sébastien Loeb continues to push his options to fight for the ‘Touareg’ after winning the seventh stage of the Dakar. The French driver of the Bahrain Raid Xtreme team has completed the 402 kilometers of special in a time of 3 hours, 9 minutes and 32 seconds, record that has helped him to overcome Nasser Al-Attiyah by 5 minutes and 26 minutes. Although the Qatari has given up this time in the general classification, the Toyota driver discounts another stage while directing his most dangerous rival. For its part, Carlos Sainz finished third after giving up 7 minutes and 43 seconds on the finish line.

Quite ‘flat’ day in the car category, with a development within the expected channels. Sébastien Loeb has made good his backward starting place to achieve the victory ahead of Nasser Al-Attiyah. The Qatari gave up 5 minutes and 26 seconds, but kept the drive of the nine-time WRC champion under control. Oblivious to the duel between these two pilots, to his misfortune, Carlos Sainz finished third after beating teammate Stéphane Peterhansel and local hero Yazeed Al-Rajhi. The Saudi made a great stage by being the best classified of the pilots who started in the lead.

The only notable incident during the day was Giniel de Villiers’ mechanical problems at kilometer 198 of the special. The Toyota driver was in a position to fight for the podium, but the breakdown in his Toyota GR DKR Hilux T1 + took him away from the battle. The South African Henk Lategan has stopped to assist his compatriot and although both have managed to retake the route, but De Villiers has given an hour of time, a result that takes him out of a ‘top 5’ in which Jakub Przygonski has now slipped and that rubs the Argentine ‘Orly’ Terranova next to the Spanish ‘copi’ Dani Oliveras.

Read:  Renault Oroch 2023, preview of the imminent pick-up based on the first Dacia Duster

With the eighth stage already in your pocket, Nasser Al-Attiyah manages a 44-minute 59-second lead over Sébastien Loeb, again second overall. Yazeed Al-Rajhi now occupies the third position with nine minutes of loss compared to Loeb after a day in which the ‘Spanish army’ has reason to smile. In addition to Sainz’s third place and the good work of Armand Monleón and Dani Oliveras as co-drivers for Lucio Álvarez and ‘Orly’ Terranova, Catalan Nani Roma finished in ninth position, while Laia Sanz continues to take steps forward and finished in 25th place on the special.