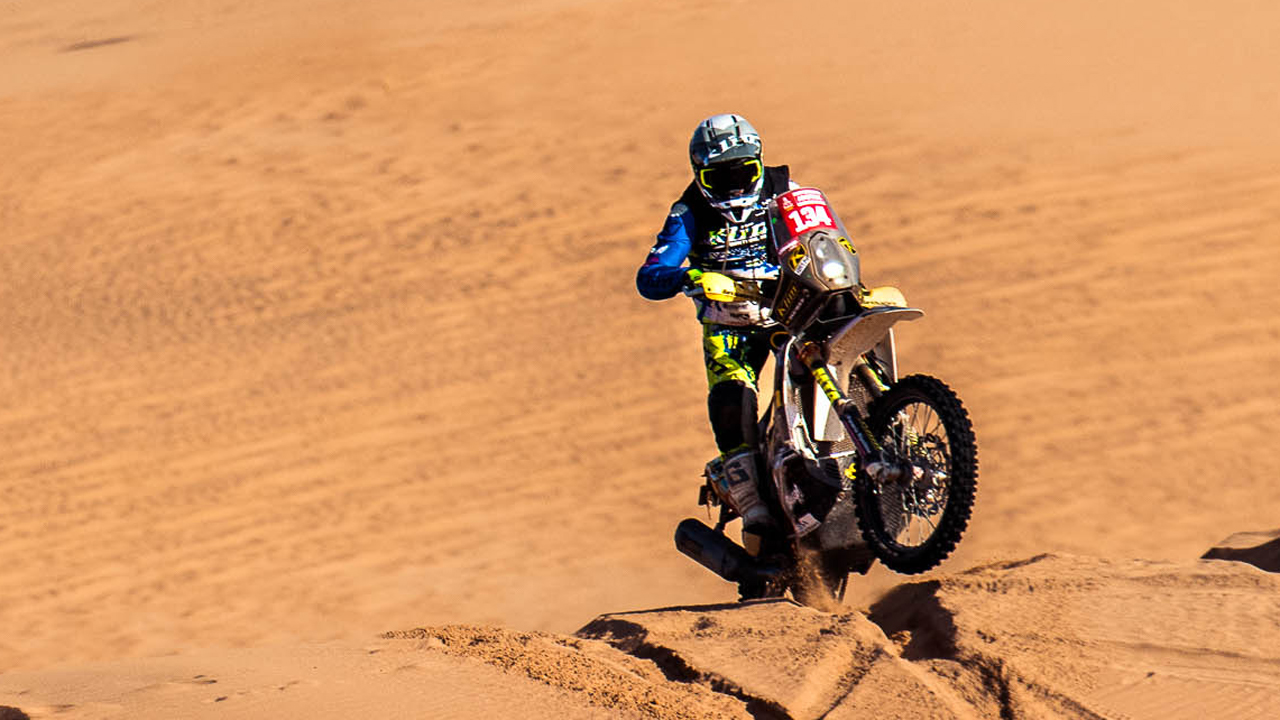 Isaac Feliu has suffered a serious accident in the first kilometers of the ninth stage of the Dakar. The founder of the KLIM TwinTrail Racing team, a native of La Segarra, had a spectacular crash shortly after kilometer 40 in a very fast special section. Bad fortune wanted Isaac to hit his head hard. Evacuated by helicopter to the military hospital of Wadu Ad Dawasir, the Catalan pilot has suffered a severe head injury and has been sedated by doctors as a precaution. His health is stable and professionals are optimistic about his recovery.

Harite Gabari, another of the participants in this Dakar, was the only witness to the fall of Isaac Feliu. Saddened, the Moroccan driver explained at the finish line: “We were both going through a very fast area, in parallel. Suddenly I saw how I spit out of the motorcycle. He has rolled a few meters and the bike has too. When I saw him, I stopped and went to help him until I was able to notify the emergency services through the ‘Iritrack’. From the KLIM TwinTrail Racing team they have explained that the plan is to take him to Riyadh and then be transferred to Barcelona.

According to team members, Isaac Feliu has a blow to the head, a severe contusion on the chest and a fissure in the C7 vertebraIn addition to small hemorrhages in the head that are not important and that do not worry the doctors. In fact, the blow in the lung area is what in theory can delay his return to Barcelona. Despite the difficult situation that has led the KLIM TwinTrail Racing team to consider its retirement, finally Albert Martín and Carles Falcón will try to finish the Dakar for their friend and partner, thus giving a better ending to this particular project than the one it would have with the fall of Isaac.

Read:  Alpine's new weapon to fight for everything: artificial intelligence

A project born from the COVID-19 pandemic. The health crisis forced the activity of the Twintrail company to stop, founded by Isaac Feliu and dedicated to the organization of motorcycle routes and off-road riding courses. In this situation, Isaac and his friend Carles Falcón started a program on YouTube about raids that ended up covering the Dakar 2021. The acceptance was so good that decided to be part of the toughest rally-raid in the world and with the support of 760 people through ‘crowdfunding’ they managed to build the KLIM TwinTrail Racing team to compete in the Dakar together with Albert Martín.