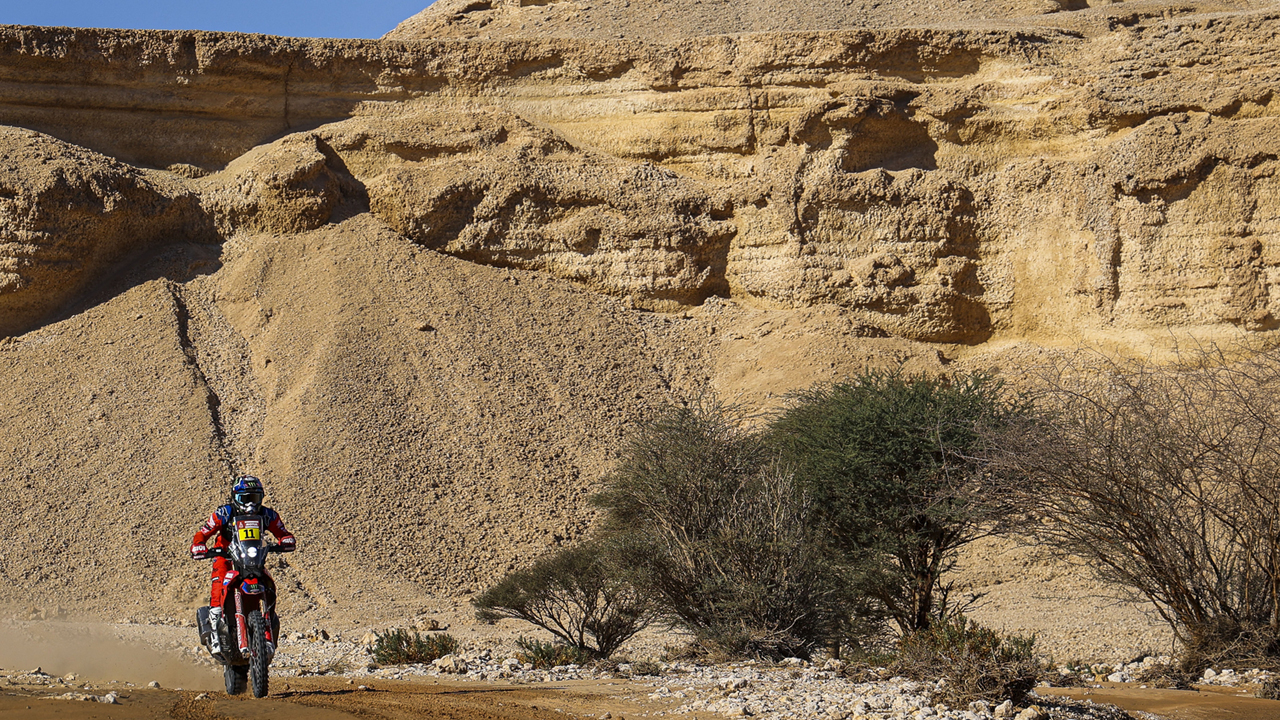 Nacho Cornejo has scored the victory in the seventh stage of the Dakar in the motorcycle category after completing the special in 3 hours, 28 minutes and 46 seconds. The Honda ‘motard’, with a delayed starting position, took the lead of the race at around kilometer 120 and has not left this position. Cornejo has overtaken Kevin Benavides by 44 seconds in a tight ending. For his part, Joan Barreda was third, despite dragging a shoulder injury. Adrien Van Beveren is the new leader of the Dakar after Sam Sunderland’s problems opening the track.

Index hide
1 Motorcycles
1.1 The history of this Dakar is written in singular feminine Spanish

The neutralization of the sixth stage and the peculiarities of the previous special broke with the usual dynamics of the Dakar. However, with the ordeal leaving the capital of Saudi Arabia behind towards Al Dawadimi, the ‘customs’ have recovered. With Daniel Sanders out of the equation after retiring due to a fall in the link, leader Sam Sunderland was in charge of opening the track. And the GasGas pilot wasted a lot of time with a Matthias Walkner who was not slow to hunt him down. From behind, the race was developing at a different pace and that played in favor of the pilots who started beyond the tenth position.

In fact, Nacho Cornejo ended up taking the victory after starting the stage outside the top 20 positions. The Chilean closed the special 44 seconds ahead of Kevin Benavides. For his part, Joan Barreda managed to overcome his injury to finish third, 2 minutes and 51 seconds behind his teammate. The final ‘top 5’ has been closed by Luciano Benavides and Lorenzo Santolino, ever closer to the lead and in a very positive position as he is not one of the first to open the track in the eighth stage. In the final five days it will be necessary to spin very fine.

Read:  Mick Schumacher's helmet that goes back 30 years and will make you sigh

Adrien Van Beveren is the rival to beat. The Yamaha rider has not won any stage, but he has always been among the best and that consistency has earned him to be in front of the general classification. Has a 5 minute 12 second lease on Matthias Walkner, while the current champion Kevin Benavides is 11 seconds behind his teammate. Sam Sunderland is fourth and Lorenzo Santolino fifth, 6 minutes and 34 seconds behind the leader. For its part, Joan Barreda occupies eighth place 8 minutes and 33 seconds behind the head. Despite this equality, Van Beveren will only have a worse starting position tomorrow than Walkner and Sunderland.

The history of this Dakar is written in singular feminine Spanish

Optimism TVL increased by almost 300% before The Merge update