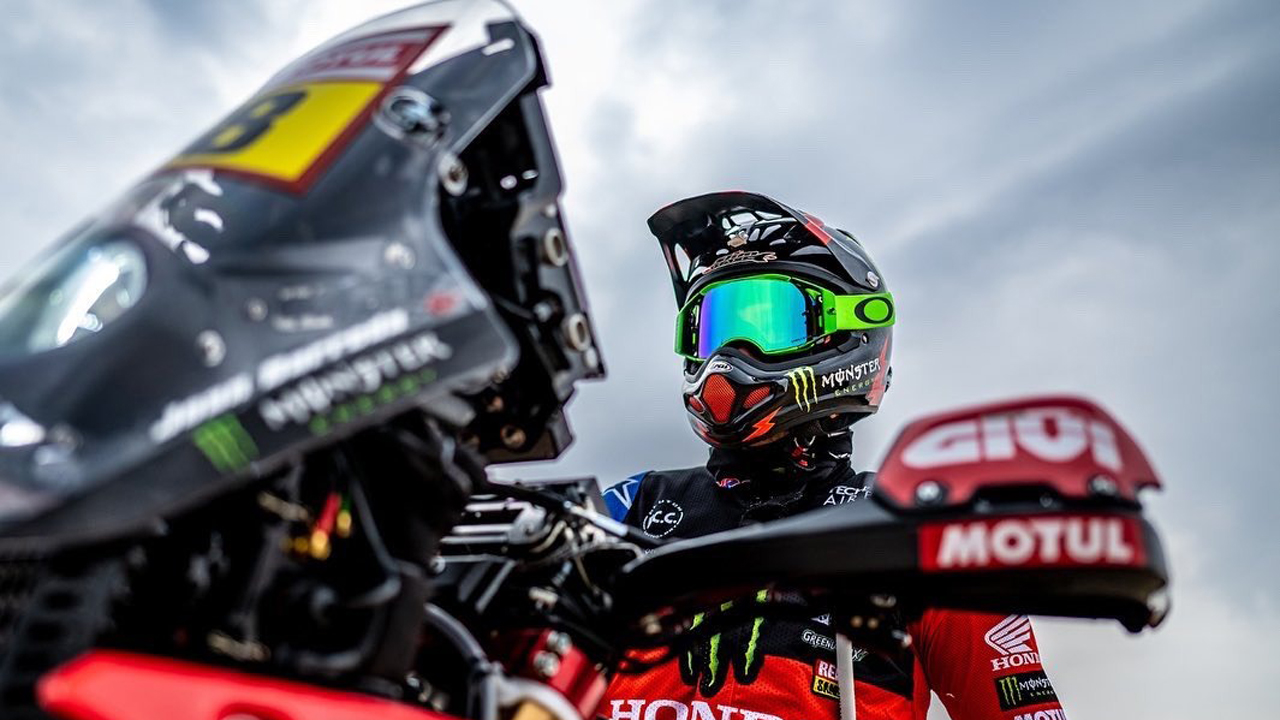 The Dakar continues for the Spanish after the rest day. Joan Barreda has achieved the third best time of the day on motorcycles, despite dragging an injury on his left clavicle. Lorenzo Santolino once again shows his consistency and returns to the ‘top 5’ of the general classification. Carlos Sainz was the most outstanding Spaniard of the day in cars, scoring the third best stage time, although it knows little after experiencing navigation problems. Nani Roma was ninth. Cristina Gutiérrez continues another day on the podium in the lightweight prototype category. In addition, Gerard Farrés has achieved the victory in T4 after the suspension of the two riders who had been ahead.

Joan Barreda he did a magnificent role in stage 7. With a special bandage, some adjustments to the handlebars of his motorcycle and a lot of concentration, he managed to set the third best time, just 2 minutes and 51 seconds behind the winner: «I am happy after feeling all this pain. Today was the confirmation that I can pilot. At first it was really hard. We were going out squeezing in an area of ​​many stones, my arms were seized and I could hardly move well. But As the kilometers went by, I recovered a little the sensations on the faster and sandy tracks. That’s when I realized that the more concentrated I was, the more secure I felt with my clavicle, so I tried to clench my teeth and get the best time. I will go day by day, trying to avoid any fall, that is the most important thing».

Lorenzo Santolino He completed another stage today without major errors and finished with the best fifth time of the day: «At first I have gone at a more conservative pace. Then I got together with Barreda and Benavides and we had a good rhythm because there were many notes, a lot of navigation and between the three of us we have been pulling. If we made a small mistake, another one passed in front and that has helped us to keep a good rhythm. From there, I think it was Barreda who passed in front and very fast areas have come. I’ve had a bit more difficulty staying with them. In the end there was a bit more navigation. Going with traces is easier, but even so I have tried to keep with the ‘roadbook’ controlled so as not to lose the line. I think it was a positive special ».

Carles falcon, who is still fighting to complete the rally in his first time, achieved his best stage result today, finishing in 70th place. The Terraconense declared that he had fun, although the day had not started in the best way: «Up to kilometer 200 I have been quite thick, I did not start very well, I was confused and not very attentive to navigation, so I slowed down a bit.. After km 200 the terrain has changed and navigation has become a bit more complex, and that’s when I woke up and got excited. We have gathered a group of 5 riders and it was fun, although with a bit of dust. We have been rolling fastor, without navigation problems and pressing until the end ».

Carlos Sainz he achieved the third best time of the day in the car category after a stage full of ups and downs. The man from Madrid had navigation problems again and could not hope for more: «We started well. Despite going so far back, the beginning was sand and we were able to pass some cars. We got to neutralization first, but from there the panorama changed. It was an area of ​​many changes of direction, with hidden ‘waypoints’, and there There were like three or four times that we had to turn around because we weren’t going well and the stage started to get complicated. Cars that we had passed before passed us and there it was already very difficult to pass because of the dust. We went in the dust, we advanced. We had to turn around because the stage was difficult to navigate.».

Laia sanz it continues to make progress after having been handicapped by coming out in a very backward position in the first days. Today he achieved a good result again, despite having suffered a puncture in the final kilometers, finishing in 26th position: «I’m quite happy with the starting position. I think it’s fairer. We are not suffering in case something happens to us and the next day we have to go far behind. It was a good stage, there was a lot of navigation and at some point we lost some time, but little, although it was not easy. In addition, it was not a stage for small wheel cars because there was a lot of stone and we had to loosen a lot. Today we have gone at a good pace, always among the top 20, and tomorrow comes a sandy stage, which is where we enjoy the most».

Oscar Fuertes from the very beginning, they experienced a complicated special due to the puncture of two wheels, which forced them to be extremely cautious the rest of the route in the absence of additional spare parts: «The Dakar always puts you in your place and today, doing a football simile, we have been left with nine in minute five, because at the start of the special in a rocky area we punctured twice and we ran out of spare parts for the rest of the stage. That has forced us to do 300 kilometers very carefully, because if we punctured one more tire, we were out. So today I played from the beginning a cool head and minimize the damage. Anyway, I am happy because we have overcome the stage and the car has behaved phenomenally and Diego Vallejo has returned to be very good with the navigation».

The protagonists of the Dakar start the second week strong

Cristina Gutierrez he had to settle for the second best time of the day in the T3 category, in which he occupies third place overall, after suffering a puncture just 17 kilometers from the finish line. Despite this, the Spanish was very happy with the development of the stage. «Very happy because the stage went well. It was a shame because we were leading and 17 kilometers from the end we had a puncture that left us second. But the important thing is that we have put one more bite into the second overall. Unbeatable stage. Very hard and we are very happy.

How to defrost ice cream fast?