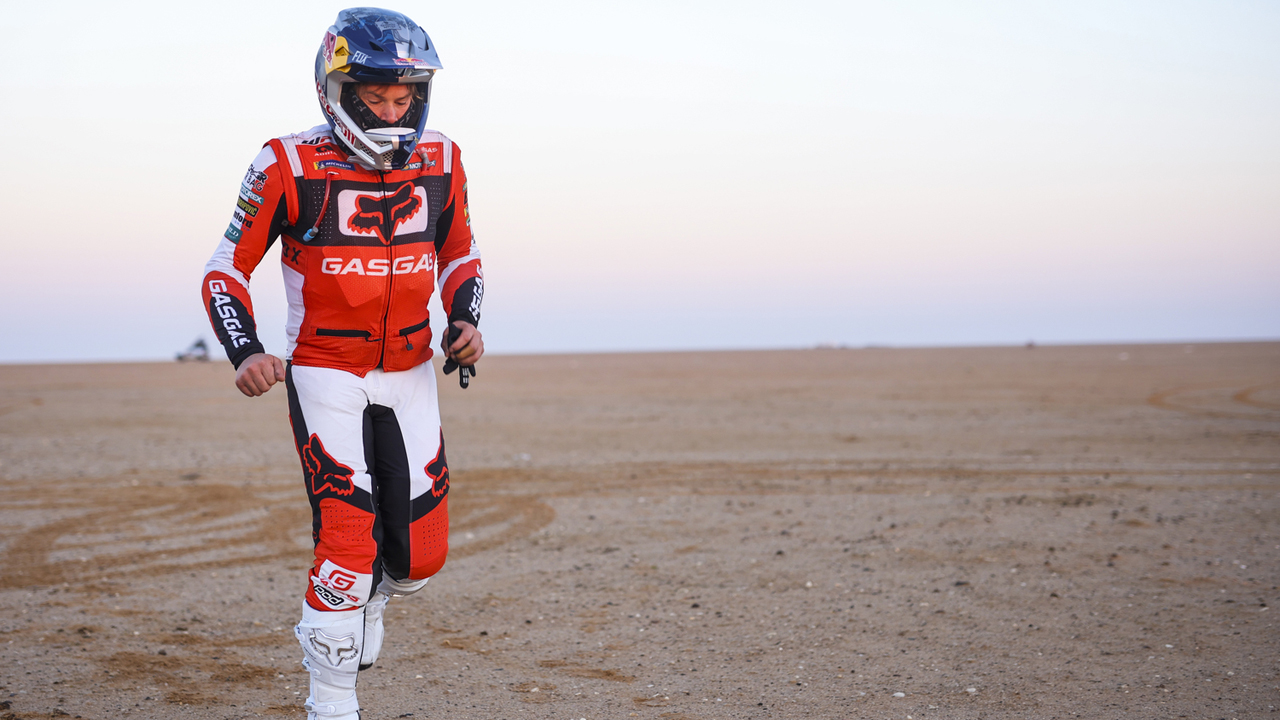 Daniel Sanders has lived a real roller coaster of feelings and sensations in the 44th edition of the Dakar. The GasGas driver started the rally with a double victory in the prologue and in the first stage, he received a penalty that kept him from the fight for the ‘Touareag’, a penalty that was later withdrawn. Spurred on by this circumstance, Daniel Sanders conquered a new stage victory in the sixth special and he was facing the rest day with his morale through the roof, eager to start the second week in search of winning the rally. Having to open a track on stage seven seemed like a lesser evil..

But nevertheless, Sanders has not been seen in that position after being out of the race in a somewhat surprising and unusual way. When the seventh special had not yet started, Daniel Sanders went to the ground in the link section prior to the timed section. The Australian ‘motard’ hit a curb in an area enabled to make a U-turn on one of the Riyadh exit roads. As a consequence of the mishap, Sanders has suffered a severe blow to the elbow, an injury that together with the damages suffered by his GasGas have left him out of the test.

This peculiar abandonment of Daniel Sanders has come when the Australian ‘motard’ was third overall, five and a half minutes behind the leader, his partner Sam Sunderland. Although he had a complex day ahead of him, Sanders had many options to be in the fight for the ‘Touareg’ when the decisive phase of the race arrived. But nevertheless, Daniel has paid for the ‘hazing’ at the moment in which he had precisely confirmed that he is not a rookie and that the fourth place achieved in his first Dakar, in 2021, was not a stroke of luck and yes the consequence of his enormous talent and speed.

Read:  Tesla will enter the club of large manufacturers in 2022, one to two million units per year

And since negative news does not usually come alone, GasGas has not only run out of one of its assets to win the Dakar, but has also lost the lead. In the end, the absence of Daniel Sanders has caused Sam Sunderland had to open track and the Briton has left a ‘sack’ of minutes on his rivals that have made him give up the lead, now in the hands of Adrien Van Beveren. It is clear that GasGas will not remember with special affection the seventh stage of the Dakar between Riyadh and Al Dawadimi Not the damn curb that ended Sanders’ career.