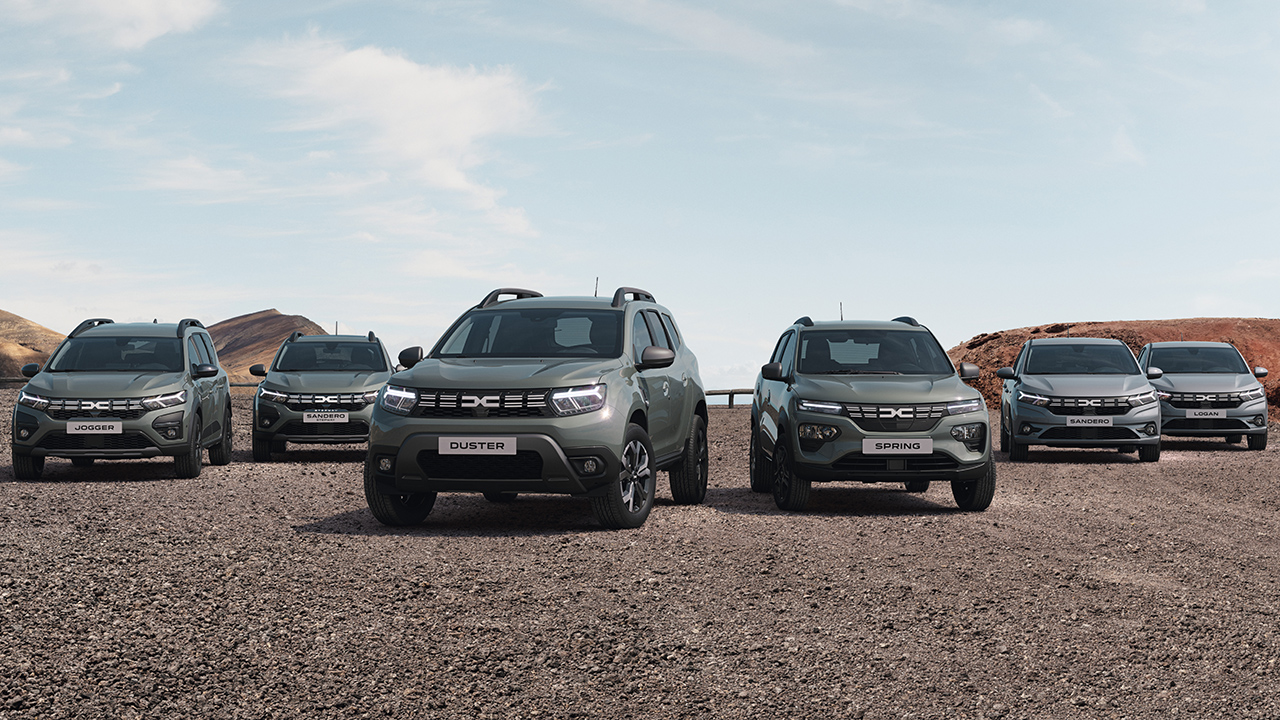 Dacia does not rule out expanding its range with new models. Following the commercial success of the new Dacia Jogger, the brand is focusing its efforts on developing the new generation of Duster and the future Bigster. However, despite these two novelties that are on the agenda, the brand is analyzing its entry into new segments.

the step of Dacia for him Paris Motor Show 2022
is not going unnoticed. The popular cheap car brand has brought several top-level novelties to this very important event. The most relevant is, without a doubt, its first hybrid car (HEV). The arrival on the scene of the new Dacia Jogger Hybrid marks a before and after in the history of Dacia. An electrified vehicle that will pave the way for future developments.

David Durand, Head of Design at Dacia, has made some important statements in which, in addition to analyzing the current situation of the Dacia range, he has left the door open to a possible expansion of the product offer. Dacia does not rule out the development of totally new models, despite the fact that the launch of two major novelties is on the agenda. The third generation of the Dacia Duster and the future Dacia Bigster.

Dacia analyzes its entry into new segments to improve sales

The range is currently made up in Spain by the Sandero, Sandero Stepway, Duster, Jogger and Spring. In other markets we must add the Logan to this list. The use of CMF-B platform of the Renault Group is key for Dacia to explore the idea of ​​entering other segments. It is an architecture on which the company’s entire product offering will be based in the future.

Read:  The new Volkswagen ID. Life in detail in this new image gallery

The high position of Dacia assured that different ideas are being discussed: “We keep exploring different fields. We are thinking of other models that can complete the current range. It is still a project, it is not yet decided. A lot can happen, but we won’t stay with what we have today without exploring other areas that could make a lot of sense with Dacia.”

Waiting for a new SUV or small family car from Dacia

No specific details have been given about the segments that Dacia is exploring. A priori it seems complicated that the brand can launch a model that is below the Spring or above the future Bigster. This is where those reports that pointed to the development of a new SUV as a “little brother” of the Duster enter the scene.

There are also other options that we must take into account and not rule out. The first one is neither more nor less than a Dacia Duster Coupé. It is true that during the development process of the Renault Arkana there was speculation, and a lot with this possibility. It was finally discarded. And on the other hand, there is the fact that Dacia takes the baton from Skoda and revives the segment of small family cars in Europe by introducing a family body variant of the Sandero.

Durand commented that Renault’s support is very important in the product offensive that will be carried out for the year 2025: «Fortunately, we have our older brother Renault, which helps a lot. Indeed, without Renault, we could not exist. We need the experience of the Group, all the available technology that we can choose to adapt to regulations and emissions. It makes a lot of sense to be in this group.”

Mexico has an opportunity in nearshoring… respecting the rule of law