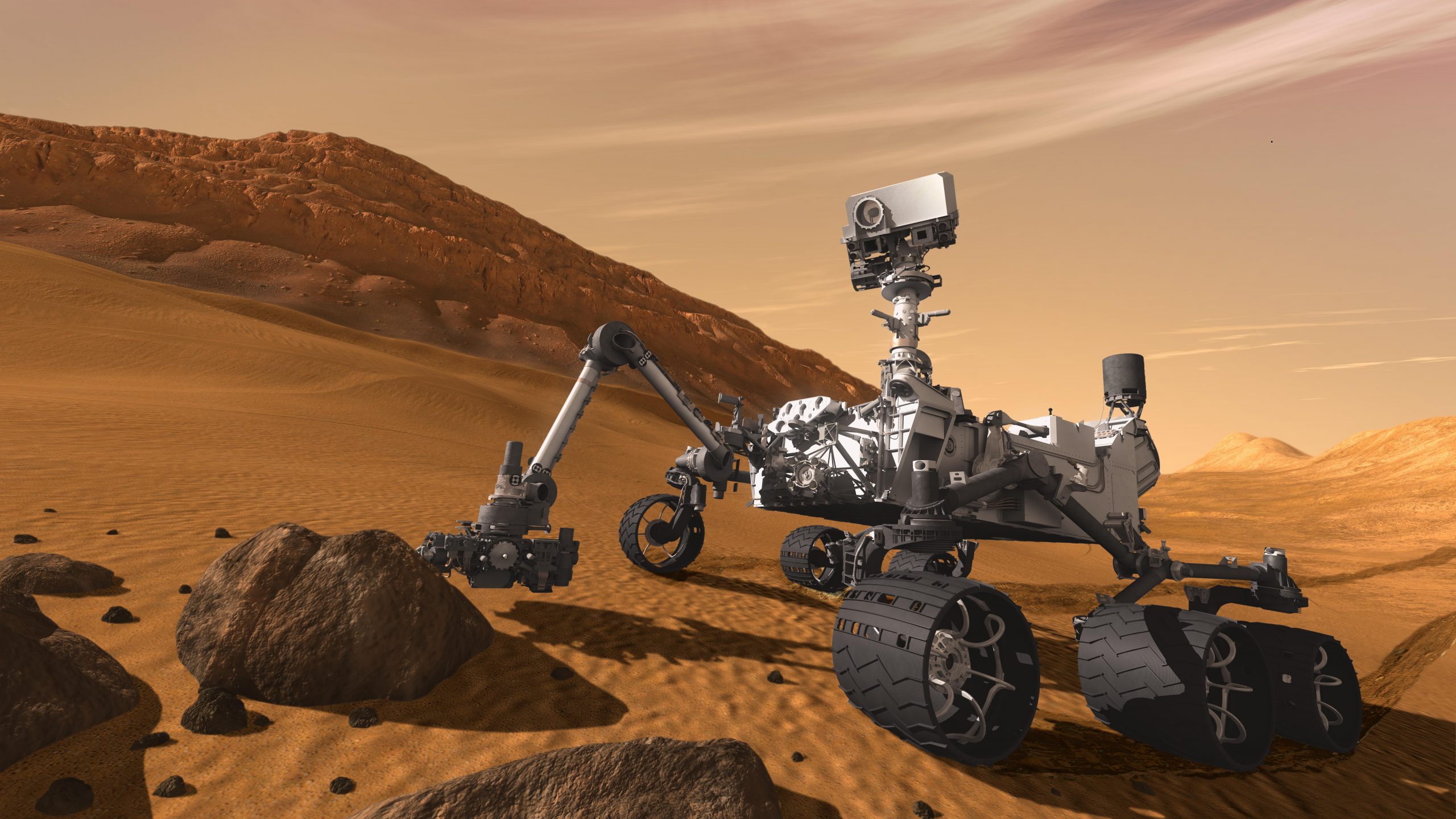 Methane on Mars is one of his great unknowns. NASA’s Curiosity rover has detected small emissions of this gas on several occasions. However, the European Space Agency’s (ESA) ExoMars Trace Gas Orbiter (TGO) has not been able to find methane in the atmosphere of Mars. What is happening to the methane? Why is this gas paid so much attention, even though it appears in small quantities? Has Curiosity found the source of the emission?

Let’s start with the importance of presence of methane gas on Mars. This can be produced by two reasons: due to microbes on the planet or volcanic processes hidden from view. Either option would be very interesting. The first, because if we find the microorganisms we will know that we are not alone in the universe. And, the second, because Mars, at a geological level, seems to be dead, at least to this day. Find an active volcano it would make us rethink many things. In addition, if there are volcanoes and liquid water nearby, we should not rule out the presence of life either.

On the other hand, the useful life of this gas is 330 years before the sun breaks it down. This is long enough that if there are germs, they may still be alive. Or if it is a hidden volcano, it is still in operation. But let’s not get ahead of ourselves yet. Since another option, which could be gaining strength in recent years, is that it is a methane bag from when Mars did have volcanic activity. This is why it is so important to continue researching and for this Curiosity is a very necessary tool.

Since 2012, when it landed on the red planet, Curiosity has detected up to six emissions of methane in Gale Crater, where it is located. The emissions were very small, but the NASA rover was prepared for it. His instrument called the Tunable Laser Spectrometer was the one that made the different measurements possible, they explain from Science Alert. Unfortunately, ESA’s TGO could not find methane in the Martian atmosphere. So we cannot yet understand what the cycle of this gas is like.

However, researchers at the California Institute of Technology believe they have found the answer: Curiosity is very close to the emission source and that is why it is capable of capturing methane. “[Los hallazgos] they point to a active emission region west and southwest of the Curiosity rover on the northwestern crater floor, “the researchers wrote in their paper.” This may invoke the coincidence of having selected a landing site for the Curiosity to be found next to a place of emission of active methane “.

Although this looks very good, since the rover could approach the area to explore and better understand what happens with this gas; The truth is that It’s about a study which is waiting to be published in a scientific journal, so it has not yet received the necessary peer review.

We still do not understand what is happening with methane, but we do understand that NASA rovers and international missions, such as ESA’s TGO, will help us understand much better what is happening. We may not find life on Mars, but we are on the right track in space exploration.

Afghanistan.- Psaki confirms the arrival this week of the first evacuated Afghans who collaborated with the troops

AMP.- USA.- The investigation into the assault on the Capitol begins in the US House of Representatives