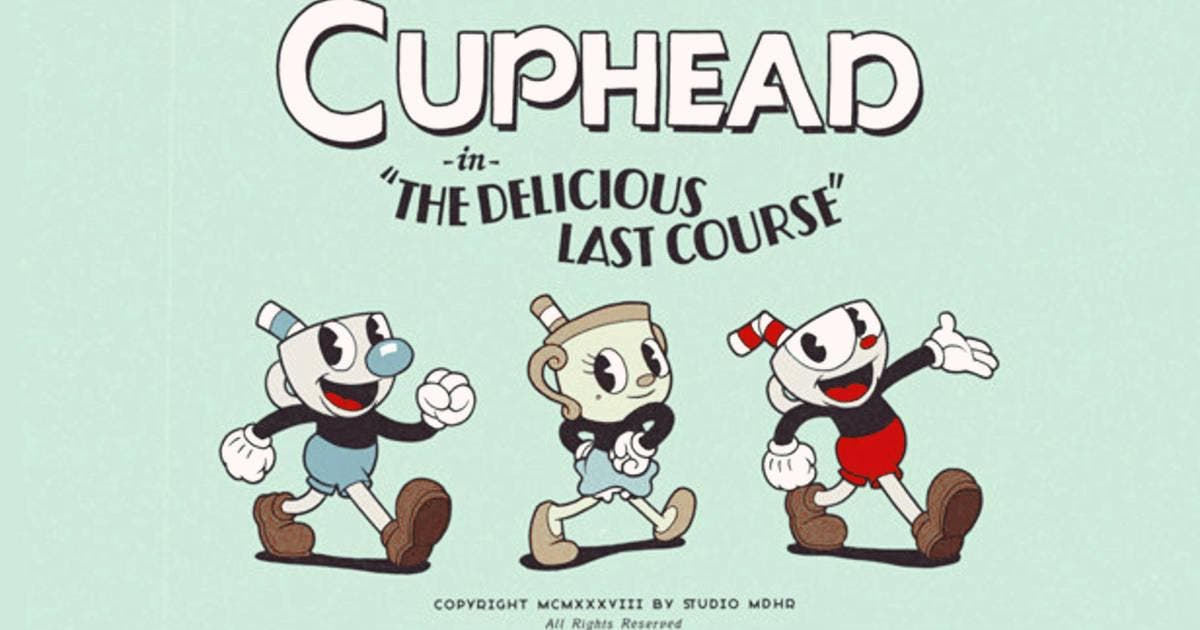 It has been a long time coming, but Cuphead: The Delicious Last Course has finally reached our consoles and after having an initial contact with this DLC a few weeks ago in which we told you our impressions, we can finally bring you a definitive opinion in this analysis of Cuphead: The Delicious Last Course for Xbox One. So, we are not going to make you wait much longer for our verdict on this devilish game that will make you have many bad times and suffer like never before.

The first thing to note about Cuphead: The Delicious Last Course is something that you can already imagine if you have played the original title and that is that we are facing a game that is difficult as hell, even devilish if we stick to the original plot in which the Cuphead and Mugman brothers make a deal with the devil.

Index hide
1 More and better
2 True to style, but also expanded
3 Is Cuphead: The Delicious Last Course worth it on Xbox One?

To access Cuphead: The Delicious Last Course we will not have great complications. Those who have already played and advanced in the original game will surely already meet the requirements and those who fully enter the game will only have to complete the introduction phase and the first pantheon of the game, located on the first island, which is where we will meet Miss Goblet. Once we meet the requirements, a ferryman will appear who will offer us the possibility of fast traveling to the other islands in the game, as well as to island IV, which will be where we find the content of Cuphead: The Delicious Last Course.

Cuphead: The Delicious Last Course is developed as a completely independent content and it is that the plot is completely parallel to the main one of the game, but we can transfer the objects and improvements that we have unlocked in the base game. Even so, the way of playing in this DLC completely changes the style of the base title since we can play as Miss Chalice, whose move set It has a double jump dash side and dodge by default, something that in itself makes it much more playable friendly than Cuphead and Mugman.

These additions in move set may make us think that Chalice is an “easy mode”, although the reality is that the stages of Cuphead: The Delicious Last Course are so twisted that it is essential to play with it If we don’t want to end up losing our minds. We can also play DLC with Cuphead or Mugman, of course, but that would be an “extreme mode”.

As far as the gameplay is concerned, Cuphead: The Delicious Last Course forgets about the normal phases without shoot and run bosses and It brings us only confrontations against bosses. You might think that would be a negative, but the reality is that the focus on boss fights has paid off with infinitely more elaborate matchups than in the base game, with multiple stages that will not only change the way bosses attack, also the scenario in which the fight takes place and that will force us to completely change the way we play, making a single fight like three or four different ones, all without a break in between.

In addition, the phases will be much more open, in the sense that the action will unfold in all directions and we will have to be aware of enemies that are sometimes above or below us, as well as on the sides. Not only the attacks come from all directions, but also the enemies, so the game forces us to be more attentive than ever to everything around us, so the battles will end up exhausting us more than ever.

Beyond these boss phases, which are the ones that allow us to advance in history, we also have some challenges that we access through the King Castling. Those phases can also be considered boss fights, only our purchased items and attacks will be useless to us, since we will have to roll skills, dodges and parries (or parries) What we will get in return will be coins that we can spend in the DLC’s own emporium or in those of the base game, since the coins are shared.

True to style, but also expanded

The depth added to the bosses with the new stages has also been reflected on the technical side, with multitude of new animations that still extend and improve the result seen in the original game. The best way to see this change is to play a boss from the base game and then move on to another from the DLC. We will see that the way of moving, how he attacks and changes are infinitely better, more elaborate and with a lot of animations that, let’s remember, are made by hand.

In addition to animations and gameplay, depth is also noticeable in the soundtrack, which once again stands out with compositions that imitate drawings from the early 20th century, accompanying a unique visual style that serves as the banner of Cuphead. Studio MDHR’s work is reflected in a tremendously complex and fluid game, which despite only having an Xbox One version looks and plays amazing on Xbox Series X, which benefits from reduced load times and updated features. generation as the Quick Resume.

So, if you were amazed by the style of Cuphead and its soundtrack, in Cuphead: The Delicious Last Course you will see that same experience but expanded on all sides. As if that were not enough, Cuphead: The Delicious Last Course comes fully localized to Spanish from Spainwith the most elaborate translations with ingenious puns that will make us smile in those moments of despair after dying in combat.

Is Cuphead: The Delicious Last Course worth it on Xbox One?

We’re not fans of judging games by price, but it would be reckless not to stress that Cuphead: The Delicious Last Course comes to Xbox at the price of 7.99 euros and in exchange it offers us about 6 hours of play, a few less for the most skilled, a few more for human people. The depth of the fights, the animations, the soundtrack and the complete package that Studio MDHR signs with this Cuphead: The Delicious Last Course makes it a bargain for any fan of the base game and a more than optimal opportunity for new fans. jump to try the title through its complete pack.

Last update on 2022-07-22. Prices and availability may differ from those published. SomosXbox may receive a commission from your purchases. More information.