“Cryptocurrencies are going to cause the next big financial crisis” 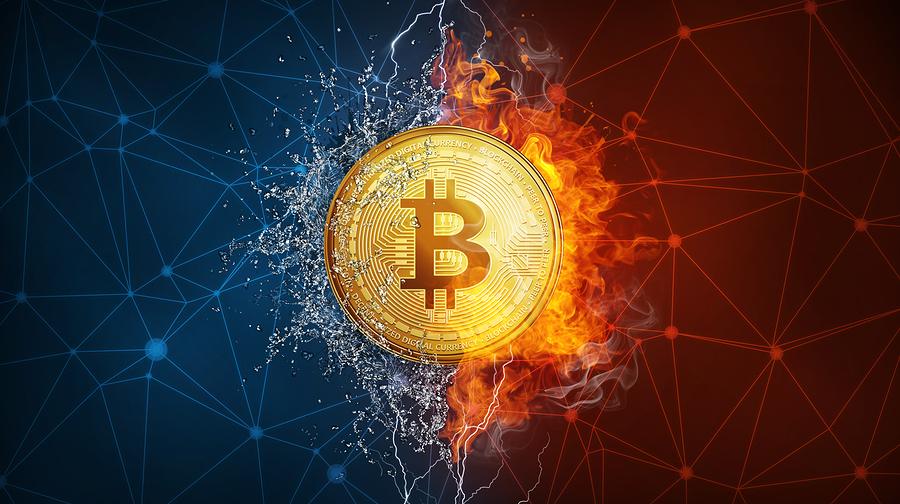 The price of cryptocurrencies, including Bitcoin, Ether and most of the tokens related to these digital assets, have fallen more than 60 percent since the first quarter of 2022, when they peaked.

The causes were varied, from the impact of the global crisis caused by the end of the pandemic, to the war in Ukraine, which raised the cost of raw materials and triggered inflation.

In addition, the fall of industry giants such as the cryptocurrency-related stablecoin Luna and, more recently, the collapse of the FTX exchange, helped create a scenario of widespread skepticism that turned investors away.

Within this framework, more and more are saying that cryptocurrencies are a bubble about to burst. Will it be so?

Criticism of cryptocurrencies because they can cause a crisis

The Governor of the Reserve Bank of India (RBI), Shaktikanta Dassaid this Wednesday, December 21, that the next global financial crisis will be caused by cryptocurrencies, whether or not they are under some regulation scheme.

“Remember what I say: the next financial crisis is going to come for private cryptocurrencies. After the FTX episode, I think it is not necessary to say anything more about cryptocurrencies,” Das said in the BFSI Insight Summit 2022event in charge of business standard“.

For Das, digital currencies emerge as a way to replace or bypass the banking system and that, deep down, they are by nature incompatible with regulations.

“They don’t believe in central banks, they don’t agree with a regulated financial world. I have not yet heard any good argument that tells me what their public purpose is or what they are for, ”he criticized.

Read:  5 books that will help you create content that sells

The RBI has long been outspoken against cryptocurrencies, saying that everyone should follow China and not allow their use in India and other countries, despite high popularity.

“They should be banned because if they are allowed to continue to grow, if they are regulated and they grow even more, it will be more serious. Remember what I say: the next crisis will come from the private cryptocurrency side,” Das said.

“By definition, cryptocurrencies have no borders and need international collaboration to avoid regulators. For this reason, any legislation on the matter can only be effective with significant international assistance in risk assessments”, said, in the same vein, Pankaj Chaudhary, Minister of Economy of India.

In parallel, India this month launched a pilot test of what it called “digital rupee”, the central bank digital currency (CBDC) of that Asian country. 8 banks are participating in the program and it is deployed in 10 Indian cities.

A well-hidden secret allowed FTX to defraud its customers