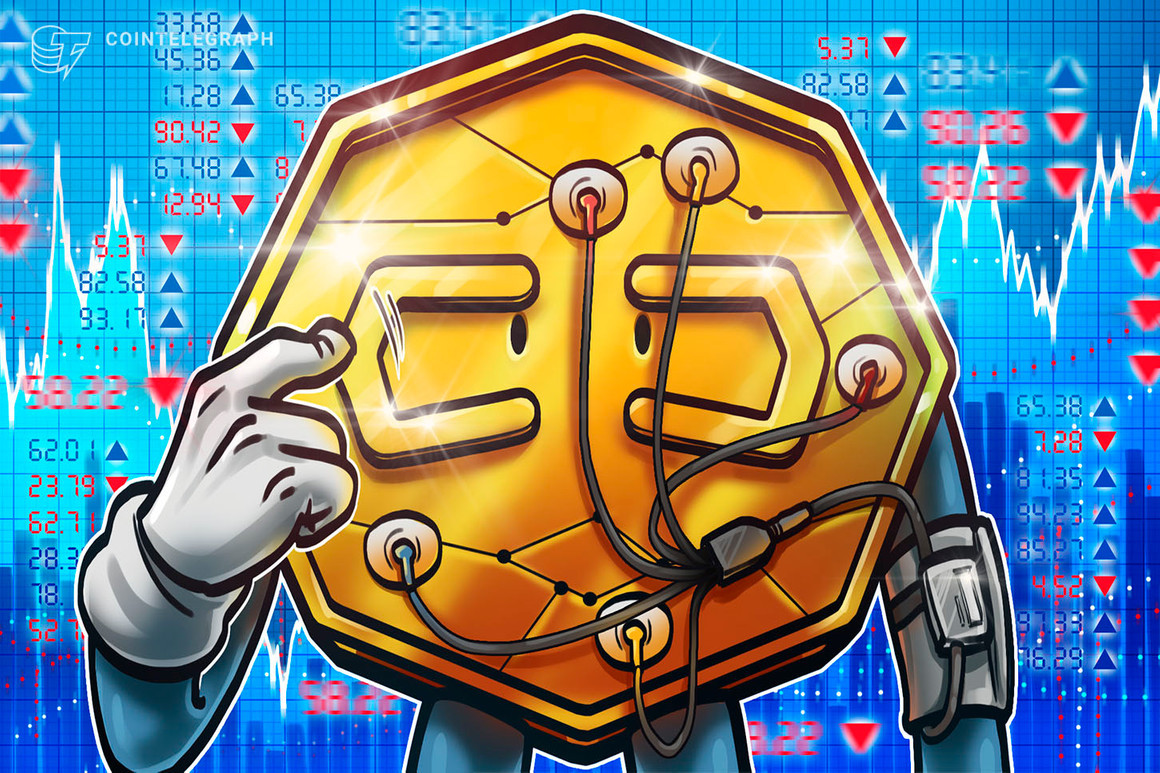 The Country Manager of Bitpanda Spain, Alejandro Zalashared with Cointelegraph en Español his weekly analysis of the cryptocurrency market according to what happened during the past week, at the end of the month when it started on a positive note for Bitcoin, and what seemed to be an uptrend turned into a breakout total.

According to Zala, the largest cryptocurrency by market capitalization created a large bullish candle on the weekly chart and reached its highest close of 2022 so far. As for altcoins, he indicated that the majors followed his lead and posted significant gains as crypto market sentiment turned from extremely fearful to greedy over the past month.

“In the last 7 days, the index went from fear at 31/100 to greed at 60/100 on Monday, and is now signaling more neutral market sentiment at 52/100. This suggests that after Bitcoin rallied above resistance levels at €40,000-€42,000, traders may have started to put the bearish sentiments of the past few weeks behind them,” Zala commented.

Zala noted in his analysis that Bitcoin has recovered from the losses suffered in the first months of the year. “In January, the price of BTC fell to just under €30,000 and then struggled to regain ground. It has now broken out of a short-term ascending parallel channel and touched the overhead resistance of €44,000, the highest level since December 2021,” he noted.

“Momentum indicators are confirming a bullish trend: the MACD, created by the short and long-term moving averages, is moving up, while the RSI is rising and has moved above 50, showing that the bulls they control the price,” added Zala.

In addition to the bullish price, the fundamental indicators are also bullish. According to Zala, the number of Bitcoin addresses with non-zero balances has surpassed the 40 million mark, confirming the growing interest in BTC.

“Since the beginning of the year, the number of non-null bitcoin addresses has seen an increase of 880 thousand,” said Bitpanda’s country manager in Spain.

On the other hand, Zala pointed out that several altcoins have skyrocketed, registering high price increases that have caused the altcoin market to gain momentum against Bitcoin, whose market dominance went from 44% to 41% in the last 10 days.

“Ethereum shot up and broke the resistance level of 3,000 euros. The price is moving above the important 50 and 100 day moving averages. ETH is now trading just below its 2022 high,” Zala commented.

Regarding Cardano, Zala explained that its price continues to recover, changing the resistance level of 1.05 euros for a new support zone. “The rising EMA lines and the RSI in the overbought zone suggest that the bulls are in control,” he added.

For XRP, Zala highlighted that the price continues to rise above the trend line support level as the bulls are buying during the small dips. “Buyers pushed the price above the strong resistance level at €0.77 and now face the next one around €0.85. The 50 and 100 day moving averages are rising and the RSI is in a bullish zone above 50,” Zala commented.

Link in an upstream channel

As for LINK, Zala indicated that it is trading within an ascending channel. “The RSI is recovering and the bulls are pushing the price towards the resistance level of 17 euros”, Zala indicated.

“On the Polkadot price, this has risen to a 2-month high at 20.5 euros,” Zala said, after commenting that the DOT price is still down about 12% since the beginning of 2022, but that the momentum is favoring the bulls.

“The RSI is rising above 50, which shows that the bulls may have the power to push the price even higher,” he added.

Aave benefits from its latest update

Lastly, Zala mentioned the DeFi lending protocol governance token Aave, which is up 80% since its V3 update on March 16. “Aave is also one of the main gainers of the past week and is trading just below its opening price from earlier in the year,” Zala said.

“The Aave V3 update includes improvements to decentralization, security, risk management, and blockchain interoperability, while reducing transaction fees. The total value locked of Aave has grown massively in recent times and now amounts to €12.5 billion across seven chains,” he added.

Disclaimer: This material is intended as a commentary on economic or market conditions and does not constitute financial analysis or recommendation. The analysis presented here corresponds to the Country Manager of Bitpanda in Spain and under no circumstances is an investment recommendation by Cointelegraph. Anyone, before investing, must carry out their own research and is responsible for their own decisions.