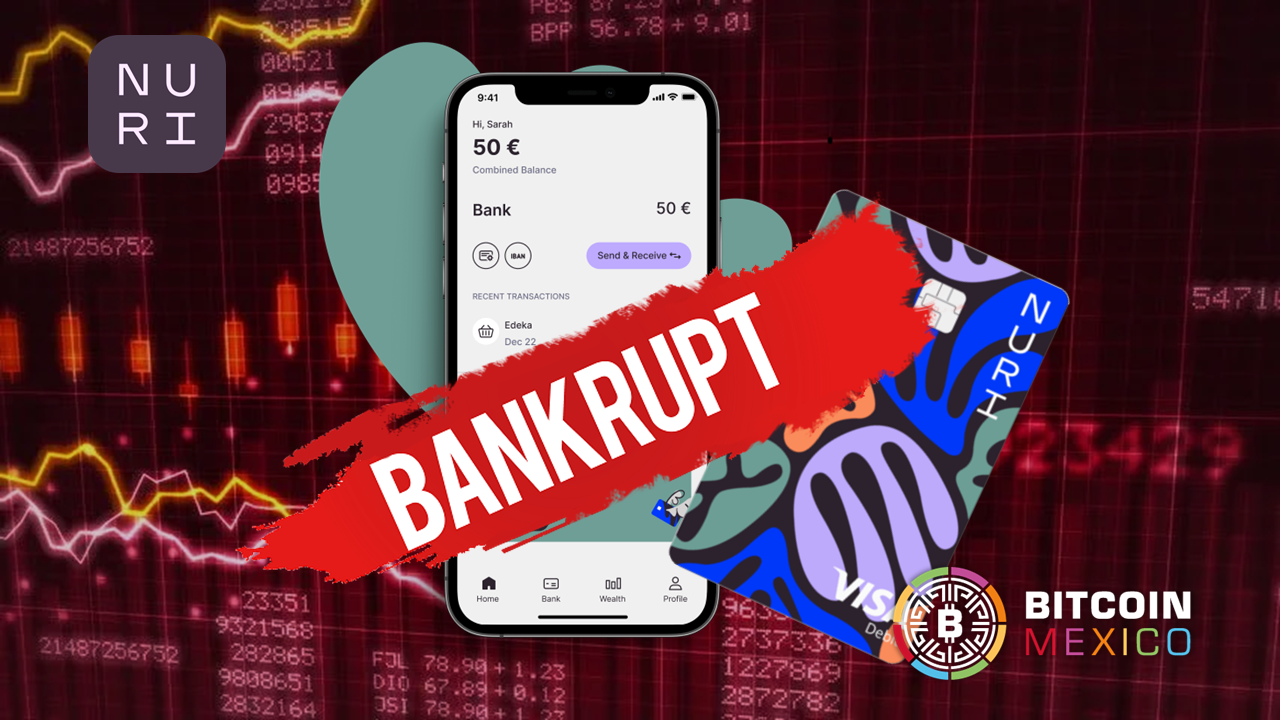 Life, like finances, is like a wheel of fortune, sometimes you are up and others down, at least that is how it is currently for nouri, a german crypto bank focused on digital assets and that has 500 thousand clients, which has been declared bankrupt.

Last Tuesday the bank declared insolvent before the court in Berlin and with this it has joined other firms that the crypto winter affected, leading them to bankruptcy, such as Celsius along with other virtual currency funds such as Three Arrows Capital.

Since May of last year, the platform began to present problems, being forced to lay off 20 percent of its staff and now, five months later The platform pointed out that it has initiated a Chapter 11 procedure to declare bankruptcy, noting that the measure was more than necessary, since it “will guarantee the safest path for the future” For your customers.

As for why it filed for insolvency, the banking firm pointed to “challenging market developments” as well as the “digital currency bear market,” which together put a “lasting strain on the liquidity of your business” and triggered your insolvency.

“We have been facing significant macroeconomic headwinds and cooling in public and private capital markets”the company wrote in its official blog.

Nuri stressed that the insolvency will not affect its services, so the crypto bank told its clients that they do not have to worry, since withdrawals and all its services will continue to operate. during the insolvencysince they will have “guaranteed access” to their accounts in euros in addition to their crypto wallets, which are operated by Solarisbank.

“All funds in your Nuri accounts are safe thanks to our partnership with Solarisbank AG. The temporary insolvency proceedings do not affect your Nuri Pot deposits, cryptocurrency funds and investments that have been made with us.”the company said in a statement.

The firm stated that users are guaranteed access and will be able to deposit and withdraw all funds freely at any time and also highlighted that currently nothing will change and Nuri’s app, product and services will continue to function.

In this regard, some users of the banking service have reported difficulties in withdrawing their assets through the Nuri mobile app. However, the company responded to the complaints in Twitternoting that the failure was due to high traffic and usage, and re-emphasizing that “funds are safe.”

However, it should be noted that Some users are unable to withdraw funds from their Bitcoin interest accounts, as they were developed by crypto lending platform Celsius, which is also currently bankrupt.

As for the way to go, Nuri indicated that the insolvency is only “temporary”, in order to allow it to develop a “viable long-term restructuring concept”.

To have a little more context about this bank, it should be said that Nuri, formerly called “Bitwala”, was launched in 2015 and has since focused on offering digital asset savings accounts, portfolio investment baskets called “Nuri Pots”, as well as virtual currency trading services.is, products for which it collects 1 percent transaction fees.

With this announcement, the crypto company joins the ranks of companies related to the digital asset market that have presented some liquidity problems due to the 2022 bear market called crypto winter, such as Celsius, Voyager Digital and Three Arrows Capital.