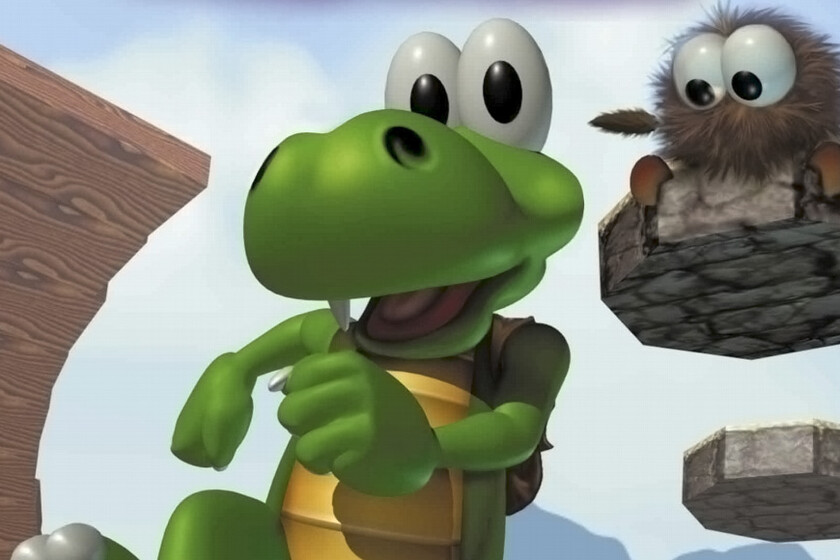 It may not sound familiar to you over the years, but there was a time when Argonauts he was one of the heavyweights in the industry. A technical reference that catapulted 3D into consoles with a team of just 12 people led by a precocious genius: Jez san.

Yours are Starglider, the two original Starfox, the chip Super FX of Super Nintendo, and a series of great indirect achievements of the great N. The manipulation of sprites that would cause the development of Yoshi’s Island was their thing, for example, and if Jez San did not brake here, they may also have something to do with Super Mario 64.

Index hide
1 Croc: Legend of the Gobbos
2 The Argonauts legacy
3 I deliver, you improve

Croc: Legend of the Gobbos

“After the end of the contract we offered them our next game, which was a 3D Mario World with Yoshi as the protagonist. We had designed the worlds of a 3D platform that we called “Yoshi something”, we created a prototype and we showed them what it looked like.

It was basically a Super Mario World in a 3D environment. Their heads exploded with it, but they decided it was a great opportunity to cut us off and do it themselves. That’s when they started making Super Mario 64 and we turned our game into what would later become Croc. “

That Super Mario 64 go down in the annals of history and Croc: Legend of the Gobbos has only remained in the memory of some is, according to the founder of the now extinct Argonauts, a matter of financial muscle.

The financing of Nintendo It was not that of that small and ambitious English studio, which caused that shortly after that the plumber’s game was on everyone’s lips, while it took them a little more to get the money to finish the development and put the records on spin. on PlayStation, Saturn and PC.

Jez San recognized in the same interview that, yes, during his collaboration with Nintendo they put the technique and the Japanese the creativity. Each one was unbeatable in his own way, so although there is a gulf between what is offered by Super Mario 64 and delivered in Croc: Legend of the GobbosIt is no less true that the role of Argonauts at that time was extremely important.

If Jez San’s words don’t sound far-fetched, it’s precisely because of everything she supposed Argonauts to Nintendo at that time. The English studio won the favor of the Japanese company by overcoming the Game Boy’s copy protection system and sneaking a prototype of Starglider, the studio’s first 3D game.

The sight of the Argonauts logo scrolling across the screen instead of Nintendo’s caused a sensation, and since then the small team sailed between the UK and Japan to collaborate with a company that had found its technical ceiling in 3D simulation of Pilotwings Y F-Zero with Mode 7.

From that work was born what would later be the great leap of Super nintendo, the manufacture of the first GPU in history. For all practical purposes, that was precisely what the coprocessor chip offered Super FX. An idea that Argonauts sold to Nintendo promising a system ten times faster than what they had, and that ended up being 200 times faster.

Read:  Those who cheat in a Call of Duty game will be banned from the entire franchise

“The reality was, at that time – and probably still is in a sense – Nintendo didn’t have that many good programmers. They were mainly creative, and what used to happen was that Nintendo programmed their games there, making them work and were fun. And then they were sent to a company called HAL, which reprogrammed the games with their good programmers.

I deliver, you improve

The collaboration of Argonauts Y Nintendo was limited to a contract in which the former would play three games for them in two years, but in their time in Japan there was much more to shape Star fox, the first game to use a GPU to work.

Argonauts delivered a prototype in first person with free flight, and then Nintendo it made sense of it. Miyamoto clipped the Arwing’s wings by limiting mobility to a flight on rails – thus allowing it to offer a certain structure that would favor level design and narrative – and also added the third-person view to provide the feeling of space in that world. virtual, better showing the dangers and how they damaged the ship.

And so it was with other ideas such as the advanced sprite manipulation system offered by the Super FX, which surprised both Nintendo to create Yoshi’s island around technology. A give and take between both companies in which the only requirement of Nintendo to move on it seemed that they continued to be that small team in the background.

But the plans Argonauts they were more ambitious. They wanted to make more games, hire more staff, ditch the exclusive, and work on even more ambitious projects, which in the end ended up causing their paths to diverge, Yoshi becoming Croc, and the push from the Western studio at the same time. 3D of Nintendo end up leading, directly or indirectly, to the launch of Super Mario 64.

The words of Nic Cusworth, designer of Croc: Legend of the Gobbos, they became another interview in the best way to exemplify how that relationship worked in which some inspired others until they Nintendo took flight and Argonauts He ended up being the prey of his own decisions.

“I don’t know how much of that is true, but I do think it influenced some aspects of Mario 64. Maybe it was interesting for them to see their world in 3D. In any case I think they would have come to it at some point. I’m not trying to take any credit for Mario 64, but I think it did more good than bad. “