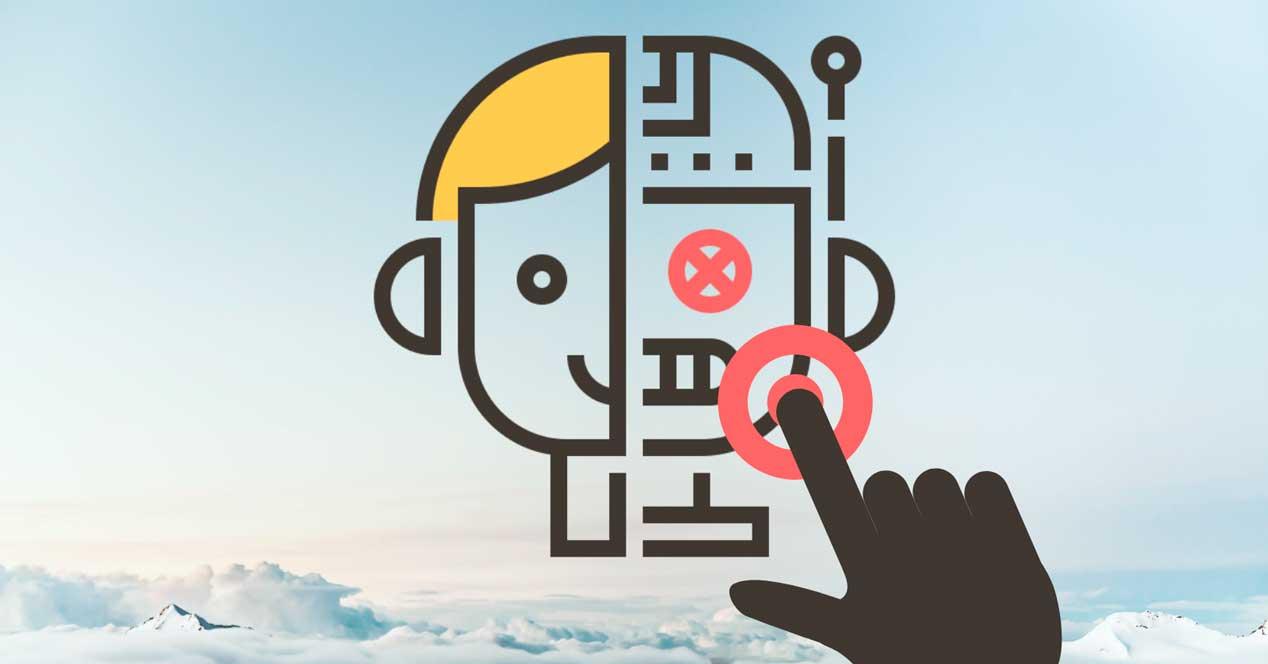 The AI ​​is capable of doing almost everything: from winning games to board games to telling us what we can cook or how we can cook. But one of its funniest and most useful uses is to generate fake faces with real features, people who do not exist but no one will notice. It only takes a few seconds and there are many tools that allow you to do it.

There are several options although the most popular web is the one created by artificial intelligence or NVIDIA Deep Learning but she is not the only one who manages to have false faces.

Index hide
1 The most popular: This person does not exist
2 Other options and websites
2.1 Face Maker AI
2.2 BoredHumans
2.3 Generated Photos

The most popular: This person does not exist

This web, called Thispersondoesnotexist.com, generates a random face each time we enter it. It is one of the best known that we can use and one of the most recommended that should always be on hand. To do this, it relies on NVIDIA deep learning technology. One or two years ago, this was within the reach of the company and complex software and not accessible to anyone else, but now it is something that you can do directly on your computer or on your mobile just by visiting the Really useful web page with random faces.

This neural network, called GAN (Generative Adversarial Network) works dividing the AI ​​burden into two parts: one of them collects the algorithms that are responsible for creating something (in this case the face), while the other part is dedicated to determining if the generated image is real or false. If it determines that it is false, it is discarded and another is generated, so that in turn it learns to generate better faces. Each generated face is reviewed by a human developer to see if the algorithms need to be adjusted.

The website was created by three NVIDIA employees, and they published a study where they explain how the images are generated and the improvements they have applied to the algorithm so that we can all use it. Although many of the images generated assume for their realism, it is true that the algorithm is still not perfect and we found small bugs in the faces, as well as technical glitches in the background with duplicate content or that has not been generated correctly. But every time it works in a better way and it is more precise. At the moment, no one will realize that the photo you are using is fake and not a real face.

Other options and websites

In addition to the best known, there are other websites that allow us to generate faces using artificial intelligence create a face that does not exist but it seems.

Also using artificial intelligence, this website allows us to use different tools to create fake humans to our liking. What the web does is that it does not randomly show a face, but instead we can customize it as we like best through some features that are shown as a drawing with colors. Using this, we can choose the shape of the ears, if we want bigger eyes or together, how we want the chin or how we want the nose. Our base is similar to a Paint drawing and we simply have to change what interests us so that the real face is automatically modified.

Read:  How do webcams improve the quality of streaming on PC?

If you do not like the face that has touched you, you can update the web and another different person will appear with other features that we can modify again using the tools it offers. It is very easy and allows us to achieve something more personalized if we learn to handle the sketch on the left well.

This AI has a database of more than 70,000 photos of humans that allows you to take features of one and the other to create false faces, for the creation of false faces created with machine learning that manages to make them totally credible or of anyone around you. Using it is free and it is very simple because we only need to press a button once we have opened the web: tap on “generate another fake human!” and you will see a passport photo of someone that you can download to your computer.

You can go tapping on the button as many times as you want to create fake faces and we can download them as many times as we want. The only difference between this tool and others on this list is that it does not allow us to customize how we want the ears to be or if we want the nose to be bigger or smaller, but we have to settle for the faces that appear randomly. on the screen. Even so, it is very useful and easy to handle and its square format is ideal to use in social applications, in test profiles or any other website you need.

This website is interesting because it does not create an anonymous face but rather creates a photo of someone similar to us thanks to artificial intelligence. We have to upload a photograph that we want and then we can customize to our liking. Not only do we settle for our random or different version, but we can choose from several options that look like us because photos generated with similarities will appear.

On the other hand, one of the advantages is that it will allow us to use them in places or networks where we want to be anonymous but we are also sure that we will not violate any copyright problem and that our account will be deleted on a social network or on any platform. In addition, we will “represent” ourselves instead of taking a random photo from an image bank and it being someone else.