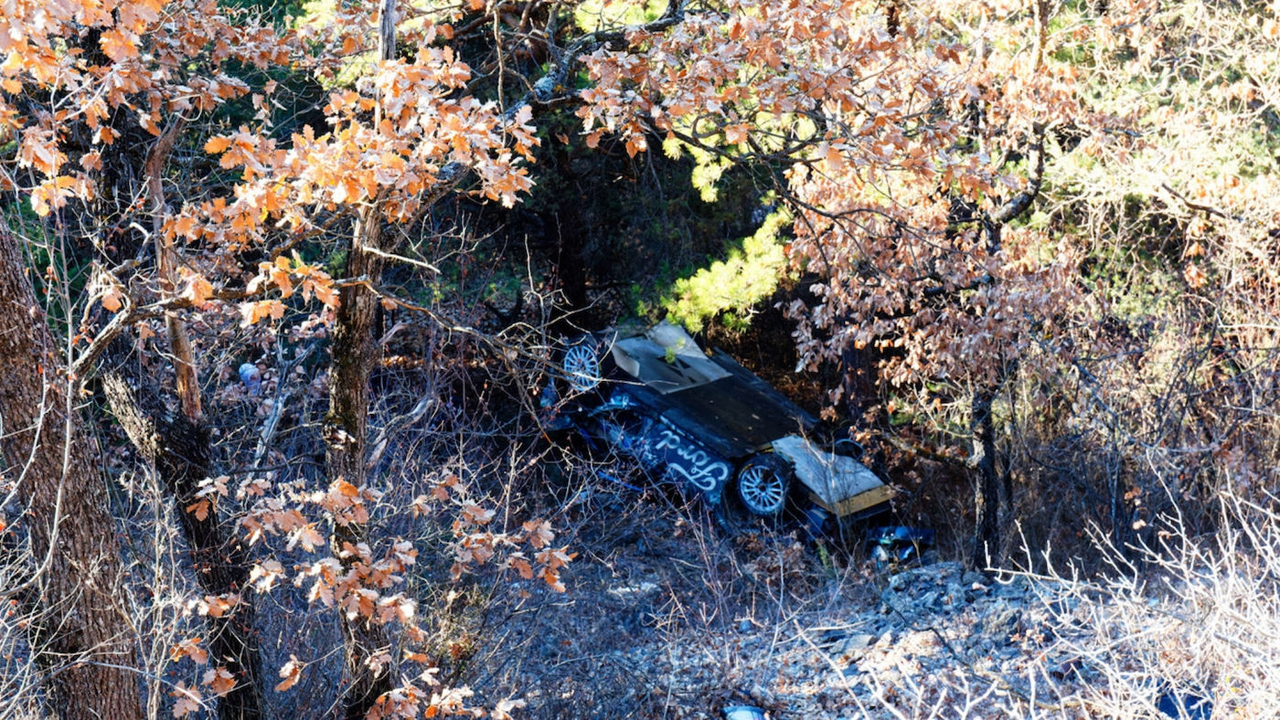 Thierry Neuville had a serious accident with the Hyundai i20 N Rally1 in the first test session of the South Korean vehicle in its final configuration. Welshman Elfyn Evans also tested the robustness of the Toyota GR Yaris Rally1 with a track exit before the Christmas dates. Two incidents in which the safety of the ‘Rally1’ has been made clear and that now have had their particular ‘response’ by the last structure involved in the queen class of the WRC. In fact, Craig Breen has had a spectacular accident with the Ford Puma Rally1 in the second of four M-Sport test days prior to the Monte-Carlo Rally.

The mishap took place when Craig Breen hit a small wall with the left wheel Ford Puma Rally1 and was catapulted against the rocks inside the next right-hand corner. The M-Sport car bounced off to fall down a small ravine on one of the roads near Gap. The ‘Rally1’ of the Cumbria coach turned the bell over twice to finish upside down, although luckily Breen and his co-driver Paul Nagle managed to get out of the vehicle without physical damage. And despite the spectacular nature of the mishap, The material damage has not been excessively great either. in the hybrid vehicle of M-Sport.

Or if they have been, the British coach’s mechanics have concealed it very well, every time the Ford Puma Rally1 has returned to action 24 hours after the accident to continue with the tests. The excellent work of the M-Sport test team staff has allowed Gus Greensmith to get behind the wheel of the Puma Rally1 to prepare for the first round of the 2022 WRC calendar. Also, if the trip from Saudi Arabia is not delayed, Sébastien Loeb will be able to test the car on Sunday. It is possible that the team will take advantage of the day on Saturday to make up for lost time, even if it means spending one of the available test days.

Read:  The prototype of the Mercedes Vision EQXX sets a record with +1000 km of autonomy

Richard Miller, responsible for M-Sport, has played down his driver’s accident: «Continuing the test depended on the conditions of the car once it was recovered from the ravine and luckily not everything went wrong. We were able to inspect the damage and begin repairs. It is clear that what happened is not ideal, but we will be able to overcome it. It is always a risk when testing. As Craig said, this is his first test crash in 13 years., but it can happen. Fortunately, Breen has had quite a bit of time in the car and I don’t see any reason to think that this accident could affect his performance. I’m sure he’ll forget it and move on».