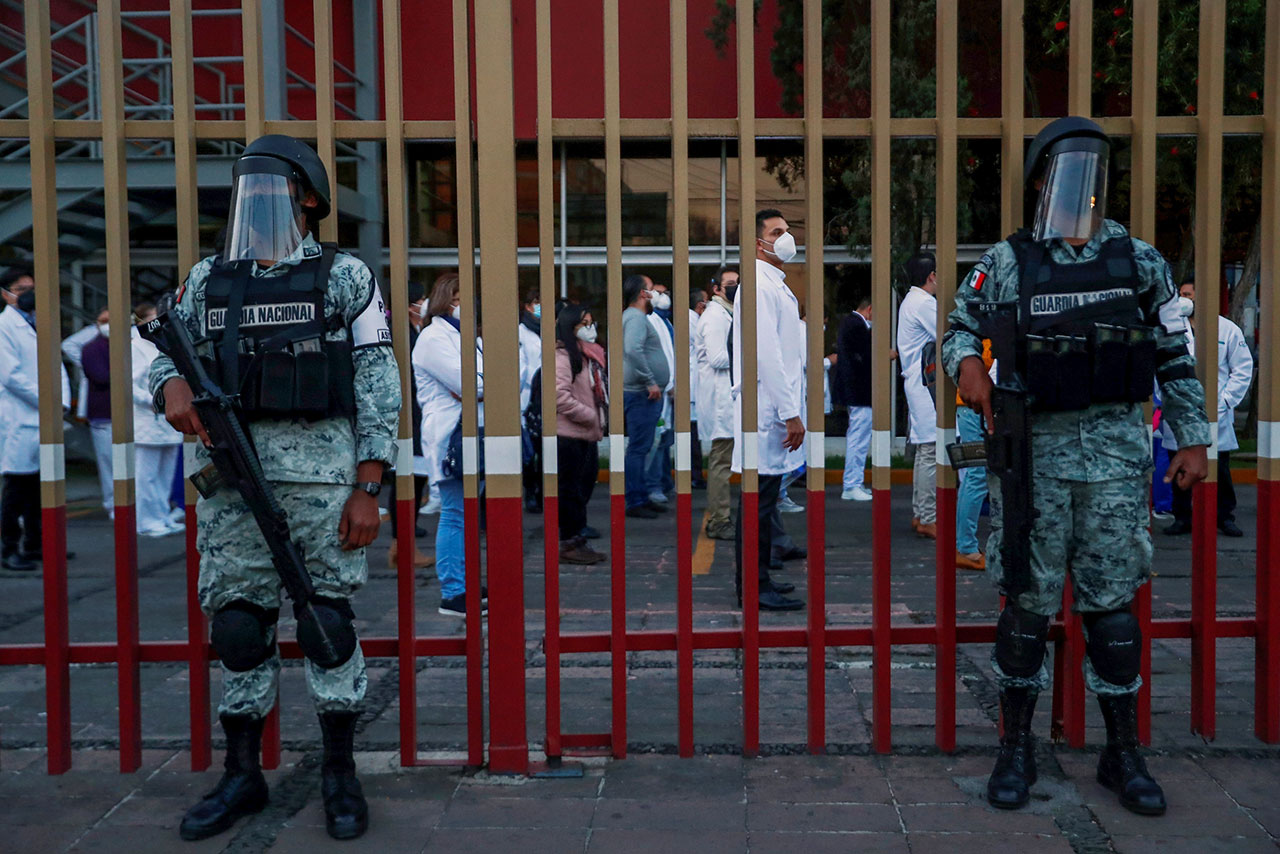 Reuters.- The number of new Covid-19 cases rose to a six-month high in the United States, with more than 100,000 infections reported on Wednesday, at a time when the Delta variant is wreaking havoc in Florida and other states with low vaccination rates.

The seven-day average of new cases reported reached nearly 95,000, a five-fold increase in less than a month, according to Reuters data.

The figure provides the most accurate picture of how quickly cases are increasing, as some states only report infections once a week or only on weekdays.

Seven States That Have Some of the Lowest Covid-19 Vaccination Rates –Florida, Texas, Missouri, Arkansas, Louisiana, Alabama, and Mississippi – accounted for half of the new cases and hospitalizations in the recent week, White House Covid-19 coordinator Jeff Zients told reporters on Thursday.

“We are seeing frightening trends of # Covid-19 in our hospitals,” Judge Lina Hidalgo of Harris County, the most populous in Texas and where the city of Houston is located, wrote on Twitter. “At this point, if you are not vaccinated by choice, you are complicit in this crisis.”

Do not miss: Inclusion of Mexico in the red list of the United Kingdom will cause losses of millions of dollars in tourism

To combat the rise of the Delta, The United States Plans to Give Booster Vaccines to Americans with Immune Systems compromised, said Dr. Anthony Fauci, America’s leading infectious disease expert, on Thursday.

A day earlier, Fauci warned that cases could double in the next few weeks to 200,000 a day due to the variant.

READ:  Melconian: "Now this government is beginning to last, there is no room for a change of direction"

The United States Joins Germany, France and Israel in the Application of Booster Vaccines, despite a request from the World Health Organization to wait until more people around the world can receive the first vaccine.

Florida, which has become the epicenter of new infections, broke another grim hospitalization record on Thursday with 12,373 beds occupied by confirmed COVID-19 patients, according to data from the Department of Health and Human Services (HHS).

More children hospitalized with the virus in Florida than in any other state in the United States.

Louisiana and Arkansas are also dealing with record or near-record numbers of coronavirus patients occupying beds, according to a Reuters tally.

How to put Virtualbox/Virtual Machine in full screen mode