By NicolasDecember 14, 2022No Comments3 Mins Read 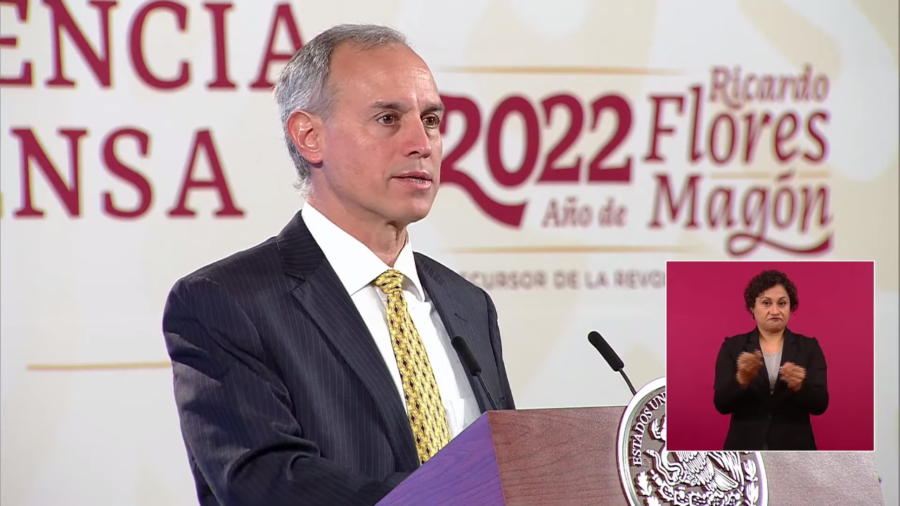 The Undersecretary for Prevention and Health Promotion, Hugo López Gatell-Ramírez, reported that the cases of Covid-19 for this sixth wave have increased slowly in Mexico in the last five weeks, compared to the speed registered in the fourth or fifth wave.

During the morning press conference led by President Andrés Manuel López Obrador, in El Pulso de la Salud, López Gatell explained that the increase in Covid-19 cases is similar to what happens in other parts of the world in the winter season, when respiratory infections increase.

Having said the above, Lopéz Gatell explained that the international scientific community expects that COVID-19 will progressively enter the seasonal phase, that is, without waves of infections in spring and summer, and that it will be one more of the 360 ​​respiratory viruses identified that affect to the people.

Likewise, he reported that the death curve shows that the second wave was the most lethal. As of the third season, it began to decrease and now, in the sixth season, “mortality is frankly low, fortunately,” the result of extensive vaccination throughout the territory.

Read:  These are the symptoms of anxiety derived from the pandemic

He added that it is foreseeable that hospitalization for COVID-19 will increase in the coming weeks, but not with the severity and mortality that was recorded in the first waves. Currently, the occupancy of general beds stands at four percent and with a fan at two percent.

States resume measures to counteract the increase in covid cases

Yesterday the state of Nuevo León announced that the mandatory use of face masks in closed spaces has been reactivated due to the rise in positive cases of Covid-19, mostly attributable to the variant called “hound of hell”. Alma Rosa Marroquín, secretary of health of Nuevo León, reported that in less than a month the variant of Covid bq.1, better known as “hound of hell”, has become the dominant strain, representing 80% of the infections.

Venous insufficiency, varicose veins and thrombosis, what is the difference?