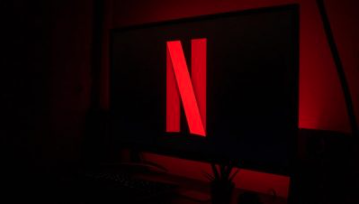 The streaming video was positioned as one of the main consumer trends, this during the forced social confinement, so much so that it came to rival cable and satellite television services; However, video entertainment platforms have registered a series of problems related to the loss of users and content, an aspect that has led the platforms to take action and be victims of various complaints, such is the case of Netflix, which will now compensate to writers for close to 42 million dollars, after a ruling by the Court.

During the past year, Global Television Demand Report 2021pointed to Netflix like the video service in streaming most popular in the world, since it was recorded that just over 47 percent of the audience, being Amazon Prime Video the second option, with a difference of 35 points, followed by Disney + and AppleTV.

Despite being one of the trends within the new normality, the number of users within the platforms has declined, situation that has caused the platforms to take measures such as content reduction and price increasessince today the cost of Netflix ranges between 219 pesos, compared to 305 pesos for Amazon-Prime and the little more than 159 pesos per month disney-plus.

Another hit for Netflix: Court obliges to compensate writers

At present it is estimated that Netflix, has just over 222 million users worldwide; however, at least 100 million households consume the platform through shared accounts, of which 30 million are in the United States and Canada, figure that shows the growing controversy over the restriction of sharing accounts which has led the platform to take measures, such as price hikes and account cancellations.

In recent months, the platform streamingconsidered the leader in video entertainment, has faced various lawsuits, the latest being a fine of just over 42 million dollars (just over 800 million pesos), a figure that will have to be paid to several writers, this after losing a lawsuit against the (WGA), a situation triggered shortly after the association forced Netflix to disburse 850 thousand dollars in debts to Eric Heisserer, writer of “Bird Box,” as well as just over $350k in interest, totaling $1.2 million, according to Meredith Stiehm, president of the Writers Guild of America.

According to what has been indicated, the sum of 1.2 million dollars of payment to the writer of ‘bird box’ it was ruled that writers of original titles of Netflix they must be paid the same level of license fees as the third-party pay-for-titles service, a ruling that would apply to at least 139 original films from Netflix.

This means that The slightly more than 216 writers of those films are in line to receive the sum of 42 million dollars in missing payments; however, it has been noted that the guild is seeking an additional $13 million in interest payments, which means that the affected writers could receive a total of $64 million in residuals after the action of the union. WGA.

For consumers, knowing the legal situation facing streaming platforms gives them an overview of the current entertainment situation and the possible decisions that can directly affect users’ pockets.

They demand fairness from Warner Bros. firing a famous couple of actors equally

Call of Duty Warzone is accused of plagiarism