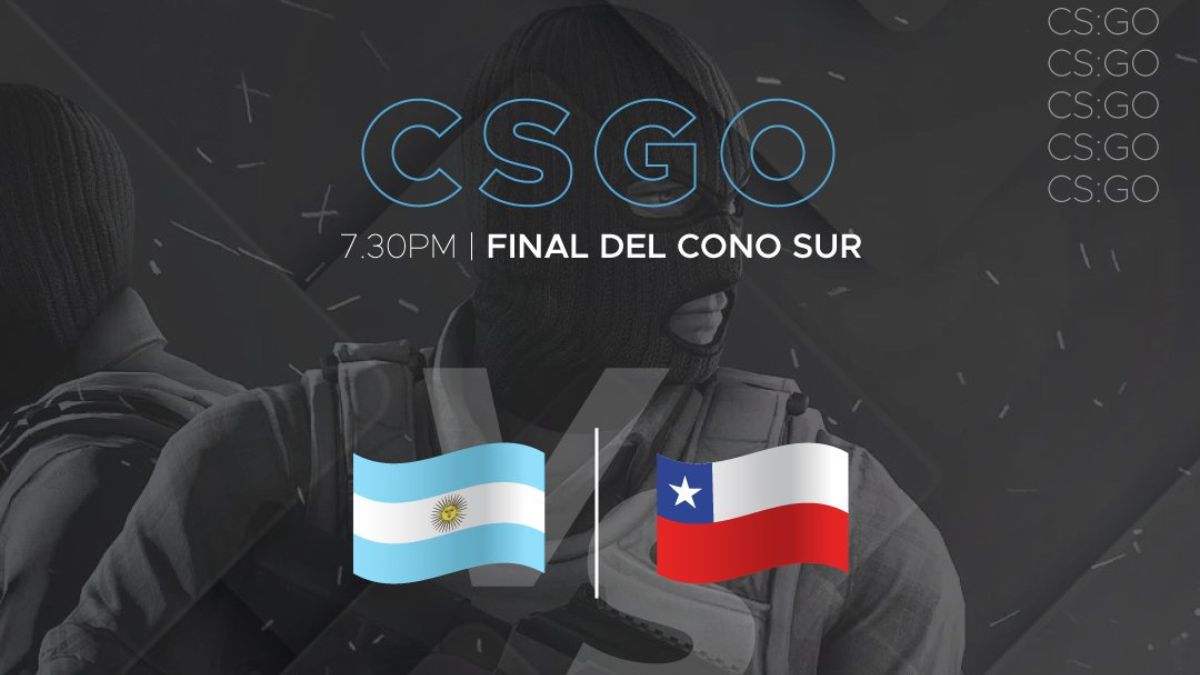 Share
Facebook Twitter LinkedIn Pinterest Email
Index hide
1 The Argentine Counter Strike team defeated Chile 3-2 in a great game. Now, the next target will be the Panan Open, where there will be $40,000 in prize money. All the details here!
2 Share it with whoever you want
3 Related Posts

The Argentine Counter Strike team defeated Chile 3-2 in a great game. Now, the next target will be the Panan Open, where there will be $40,000 in prize money. All the details here!

A new step forward for Argentina! The national team of Counter-Strike took the victory in the trans-Andean classic against Chili for a result of 3 to 2. Thanks to this achievement, the light blue and white will participate in the LAN in the Panama Open which will be played in Buenos Aires during october.

Initially, both nations met to define the classified of the Southern Cone for Panama Open. This tournament, which until now has Argentina Y Guatemala as confirmed participants, wait for a team of Brazil and another of USA. The winner of this quadrangular will obtain a place for the IESF World Esports Championship 2022 of Balinese, Indonesianwhere he Argentine CSGO already has its place secured.

Before starting, the teams carried out their corresponding picks Y bans. The team Chilean He decided ban Overpasswhile Argentina did the same with Vertigo. Then, to define the picksthese were the choices of each: chili chose Dust 2 Y Nuke, Argentinameanwhile, turned to Hell Y Mirage; Ancient it was like decide.

The competition started in Dust 2where Chili He took the first point of the day for 16 to 14after overcoming a tough start by being 4-10 below on the marker. The key for the Chileans was on their side CTwhere your initial 5 (Alexer, KratZen, elemeNt, Proxure and Huasopeek) became solid defensively.

Read:  an open door to more of the somewhat atypical

For him second map (Hell), the roster Argentine repeated his headlines by putting on the field Fakzwall, christo, kun, 1962 and BK1. With a result of 16-12, Argentina won the map and tied the series 1 to 1which found both teams at a high level.

already once in Nuke, Chili would take the lead in the series again by taking his chosen map after a 16-13. Argentinawho was on the verge of elimination, decided to put 2 mods with the income of noktse and luchov instead of Kun and Christo. The plan worked, since the light blue and white matched the series againthis time 2 to 2 when taking Mirage by 16-6the widest difference of the day.

With more than 5 hours of competition, Argentina and Chile they got to the map decide, Ancient. With the emotional boost after the victory in the previous map, the National selection put the marker 16-8 and so win the series. Here the difference was marked on the side TT of Argentinawhere he achieved a partial 7-2.

Thanks to the important victory achieved by the team, Argentina will play the LAN of the Panam Open in october, with a date yet to be defined. Lastly, it should be clarified that noktse was chosen as MVP of the fifth map, after a few stats of 26 kills and average damage per round (ADR) from 91. What did you think of the series disputed between Argentina and Chile?