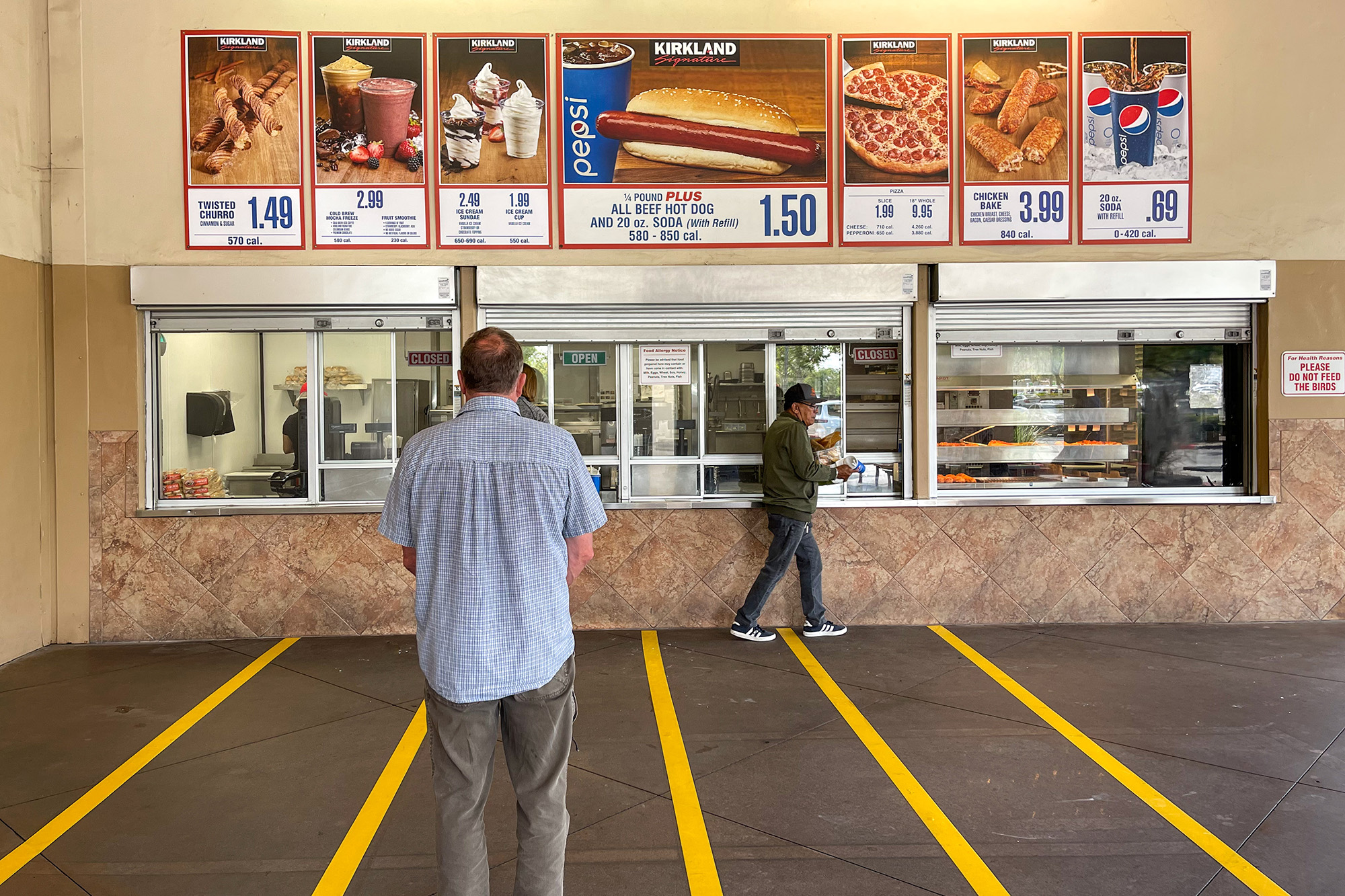 The strong economic crisis and inflation that are recorded throughout the world continue to wreak havoc on many brands. Following that reality, a senior Costco Wholesale executive confirmed that the large wholesaler has no plans to change the price of its combo of hot dog and a $1.50 soft drink in their stores despite the months of inflation that they are experiencing.

The Covid-19 pandemic and the war between Ukraine and Russia have transformed the world economy. The world Bank revealed in a report that the global economy could soon face a recession in 2023 due to monetary tightening by central banks and rising interest rates.

For its part, the International Monetary Fund (IMF), He detailed that in July, he had revised down global growth to 3.2 percent in 2022 and 2.9 percent in 2023.

US inflation remained stubbornly high in August, with prices increasing at an annual rate of 8.3 percent.

For its part, according to the expectations of the central bank, headline inflation in Mexico would have paused its rise in the first half of September, although it would continue to be well above the official target.

Costco will not increase the price of its hot dog

A top Costco Wholesale executive recently confirmed that the big wholesaler has no plans to change the price of its $1.50 hot dog and soda combo, 30 Mexican pesos in its stores despite months of high inflation.

Costco Chief Financial Officer Richard Galanti reiterated that the low price on one of the brand’s consumer favorites would be sustained during the company’s fourth-quarter earnings call.

Given this, an analyst asked if Costco was adjusting prices in other parts of its business to maintain the sales margins of its offer of said foods and other value offers, to which the executive replied that higher-margin businesses, such as gasoline and travel sales help the brand maintain its value offerings.

“Those things help us to be more aggressive in other areas or, as you mentioned, keep the price of the hot dog and soda down a little bit longer, forever,” Galanti added.

Costco and other retailers have raised prices over the past year, passing on higher costs for raw materials and goods to consumers. Inflation has eased slightly in recent months, but was still hovering at a higher-than-expected 8.3 percent in August.

Read:  He auditions "independent adult" of TikTok with Paty Cantú and OV7

Along those same lines, Galanti estimated that price inflation at Costco was around 8 percent during the fourth quarter, with increases “a little higher on the food and sundries side.”

He also explained that Costco has no immediate plans to increase its membership fees, where annual membership fees at the retailer currently start at $60, about 1,200 Mexican pesos.

Still, Galanti noted that membership pricing is likely to increase at some point in the future. Costco has generally increased its rates about every five or six years.

“Our view is that we are confident in our ability to do it and, at some point, we will. But it is a question of when, not of if”, said the executive.

Despite the inflationary environment, Costco beat analysts’ expectations in the fourth quarter. The retailer posted quarterly revenue of $72.09 billion and earnings per share.

But the shares still fell more than 4 percent in trading on Friday after executives noted a decline in gross margins.

It’s well known that Costco executives have avoided raising prices at their food courts, especially for hot dog and soda combos, regardless of changes in the economy.

Costco would not be the only brand that has increased or established measures against inflation, since Walmart in recent months also launched strategies so that this price increase will not affect the pockets of its loyal consumers.

Consumers buy more private label products due to inflation, according to a study