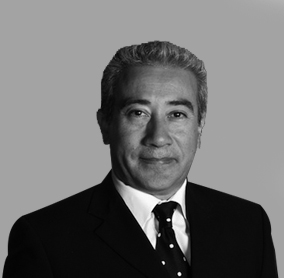 In our country every day we deal with an infection that is getting bigger and bigger and that, like a foolish virus that does not want to leave its comfort space in a living organism, even if vaccines and medicines are sought to eliminate it, it seems that it is it gets stronger and takes many different forms.

No. I’m not talking about bloody COVID-19. I mean corruption.

And indeed, it seems like a much more aggressive virus than the one we have suffered in the pandemic of recent years, including all its variations. Corruption affects regardless of age, sex or socioeconomic level, it hits us all equally and it has affected us for so long that it seems that living with it in its different forms has become normal.

Since 2003, the International Anti-Corruption Day has been celebrated worldwide every December 9, established by the United Nations (UN), with the aim of curbing and eliminating acts of corruption in all member countries. corruption by those people who take advantage of a position of power to enrich themselves at the expense of others.

“20 years after the UN Convention: uniting the world against corruption”. This is the theme of the campaign for 2022.

Let’s see if it sounds familiar to anyone: Extortion supported by high (and low) positions in the public and private administration that forces other people to do things beyond their duties, lack of transparency, bribery, embezzlement, cronyism, nepotism, impunity, influence peddling, the illegal use of assets assigned for another use, despotism, failure to report illegal acts, blackmail, favoritism, deceit, theft, discrimination, exclusion, embezzlement, harassment, forgery, arrogance, obstruction of justice, intimidation…. In short, we could spend a lot of time pointing out all the types of corruption present in our beautiful and wounded Mexico. (Note: according to the CPI (Corruption Perception Index), carried out by Transparency International last year, Mexico continues to be the worst evaluated country among the members of the Organization for Economic Cooperation and Development (OECD) when positioning it in place 37 out of 37 countries that comprise it).

Read:  Victim reports theft to his house in networks and insurance community manager takes advantage of doing this

And for the record, it is not an exclusive problem of our country. Corruption occurs throughout the world, to a lesser or greater extent, but it exists.

And also, it is important to make it very clear that corruption is not a matter of inheritance, it is a matter of education and learned values ​​(and that even if they do not teach us to behave well, it will depend on each individual to decide whether to commit an act of corruption or No). I don’t want to simplify it either, but if they taught you not to keep something that isn’t yours, you won’t take it. Or if they taught you not to cheat, you don’t cheat. just like that

And all this stuff, what does marketing and advertising have to do with corruption? Any?

Two acts of latent corruption in these activities that serve as clear examples, among others, where both private and public initiatives intervene (and for the record, regardless of the party that is in government, they have all caught on evenly. I just point it out so that they do not accuse me of “Fifí” or “Chairo”): the falsification of awards or public tenders, with false hiring or outside what the law imposes and the lack of ethics in misleading communication. Like this or do you want more?

Eye; They are cases that are present in our industry, which are not necessarily widespread, but yes, accept that it happens and has happened at specific times and campaigns (I could name a few and I bet some of you will know one or another case).

Unfortunately, due to these isolated cases, one could come to think that many agencies or media fall into corrupt acts. Fortunately, it is not. But those pebbles in the shoes that continue to make deals like they screw up… they rob the industry and make it look bad.

This is not a column with a moral call or a blow to the chest, but taking advantage of the day that is commemorated today, let us reflect to “clean house” from within and thus honor our beautiful profession.

In acts of corruption, have we been victims or perpetrators?
Right and in front, who have you been?
As Bono says in Stay (Faraway, so close!):
“A vampire or a victim,
it depends on who’s around…”