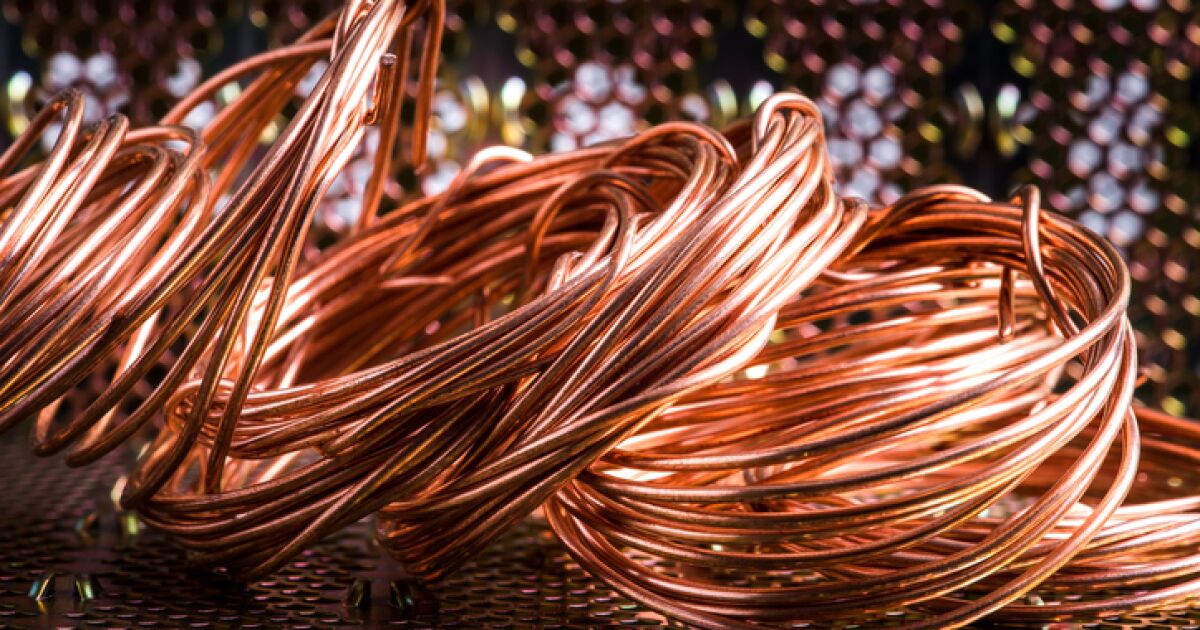 The demand for the metal, and therefore its price, moves in tune with the economy. If the economy is doing well, there is usually more production from factories and more construction, which triggers the demand for copper, which is mainly used in all kinds of industries, raising its price.

The prospects of a world recession, accompanied by high inflation, which are also combined with the increase in restrictions in China, the main global consumer of copper, due to COVID, have been the burden for this metal.

To this is added the strength of the dollar, which is usually greater at times of greater uncertainty in the market, as it is considered a refuge asset. Over the past two days, the dollar has hovered near a 20-year high against the euro, making metals priced in the US currency less attractive to foreign buyers as they become more expensive.

From its historical maximum, of 10,674 dollars per ton, reached in March, the price of copper has plummeted 28%, which has dragged down the price of mining companies, especially those that depend on copper.

In Mexico, the largest copper miner is Grupo México. At the close of Wednesday, its shares are trading at 81 pesos, its lowest level since September 2021. Germán Larrea’s company registered an all-time high on the stock market on March 24 of this year of 119.12 pesos, since then, it has accumulated a drop of 33%. .

Grupo México is the third largest company in the Mexican market, with a capitalization value of 629,880 million pesos, which represents 9% of the 35 companies that make up the S&P/BMV IPC, the most important index of the Mexican stock market.

Internationally, the shares of other large mining companies have also been affected. Those of the US firm Freeport-McMoran have dropped 47% in three months. Those of Anglo-Australian BHP have fallen 21% from their peak in April. And Glencore shares are down 25% in the last month.

Joel Campbell captures the eyes of Fernanda Mora in his $70,000 car