Convicted for leaving their horse without water and food in Épila 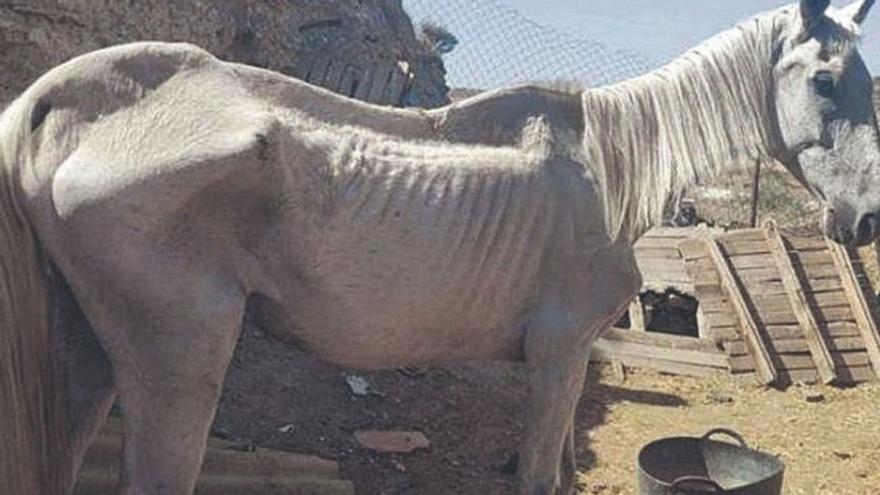 Three months and a day in prison. That is the sentence that the head of the Criminal Court number 7 of Zaragoza has imposed on two young people, Jonathan G. and Juan A., for, supposedly, abandon Duque to fate, a white horse, inside a small plot, located in the area of ​​Los Cabezos de Epila. When the Seprona of the Civil Guard entered the property in the summer of 2019, they found the animal extremely thin, malnourished, with signs of neglect, without water or food and surrounded by dry excrement and garbage. There were also two dead dogs.

They initially faced a sentence of six months in jail and that for a period of two years they cannot work or have animals requested by the Prosecutor’s Office, although the magistrate who signed this sentence has considered a slightly lower penalty.

During the oral hearing, the defendants rThey threw out any kind of responsibility, blaming each other.

But for the representative of the public ministry the responsibility of the crime against fauna is shared. Jonathan G. is listed as the owner, according to the data provided by the chip, while Juan A. took over Duque at least until May.

Both, according to the accusation made by the prosecutor, “knowing the suffering they could cause him, did not give him due care by not providing him with the food and fluids needed to meet your needs, not only for their subsistence but to lead a healthy and adequate life, thereby causing unnecessary damage to the horse that suffered from starvation and lacked any type of sanitary hygienic control “.

Read:  Getting sick with the flu and COVID at the same time doubles the chances of dying

In recent years there has been an extraordinary evolution in the protection and defense of animals and the conditions necessary for their well-being, which has been accompanied by extensive regulatory development, necessary in the fight against real mafias and criminal organizations behind these behaviors.