Consumer requests credit from Coppel for an iPhone, history prevents it 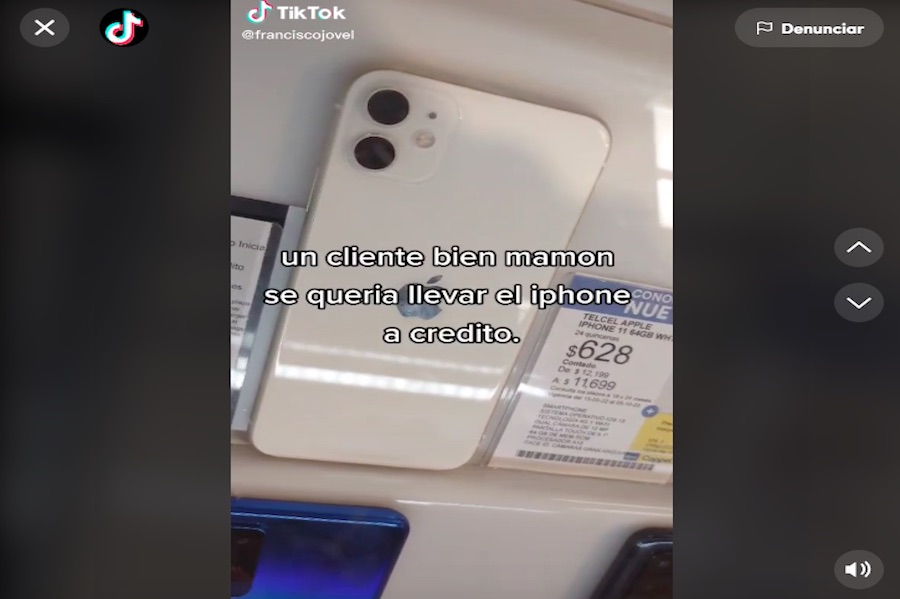 A message on a computer screen was enough to end the dreams of an aspiring credit in Coppel to make a iPhone 11 out of 11 thousand 699 pesos on credit, action, for which according to the creators, of the video, ended his illusion of getting the new phone.

The action narrated in a social media video reminds us of the importance of credit purchases. As soon as we released the story of a consumer, she took on the task of recording how she paid for some tennis shoes gucci at Palacio de Hierro, using only accumulated points from past purchases.

Paulina Anguianothe protagonist of the story, acknowledged that her action helped her take advantage of one of the benefits of using credit cards, such as correct use, as well as a plastic with benefits for its use.

His case draws attention because it could be made of footwear from the luxury brand gucciwith a value of 19 thousand pesos, without having disbursed money in cash or from a credit card.

This became an important precedent, of how a correct administration of banking or departmental plastics help the consumer to generate a good credit history.

That is why it is important that you know the benefits of the financial products you acquire”, advised the tiktoker. As she, we have seen important cases of people taking advantage of the benefits of their banking plastics, one of these we saw in the projection of the study “Global Payments Report 2022”, where it is noted that during 2021, 22 percent of Mexican consumers surveyed, only 22 percent made use of plastic credit, thus accessing the benefits of said product.

No credit and no iPhone

With more than five million views, Francisco Jovel showed in a video how the alert on a screen informed him of the background of the person requesting a loan for an iPhone 11.

The story has generated all kinds of comments on networks and one of them, the one that generated the most interaction, testified how he found out that he had a bad record.

@franciscojovel because it will be that the more suckers they are, the less fair they bring haha #tijuanaaaa #fyp #bored #chalet #promoter ♬ Love You So – The King Khan & BBQ Show

History is a great case to understand the potential of banking plastics and the importance they have in the market.

“But at what cost?”; show incredible tour of UAM Cuajimalpa