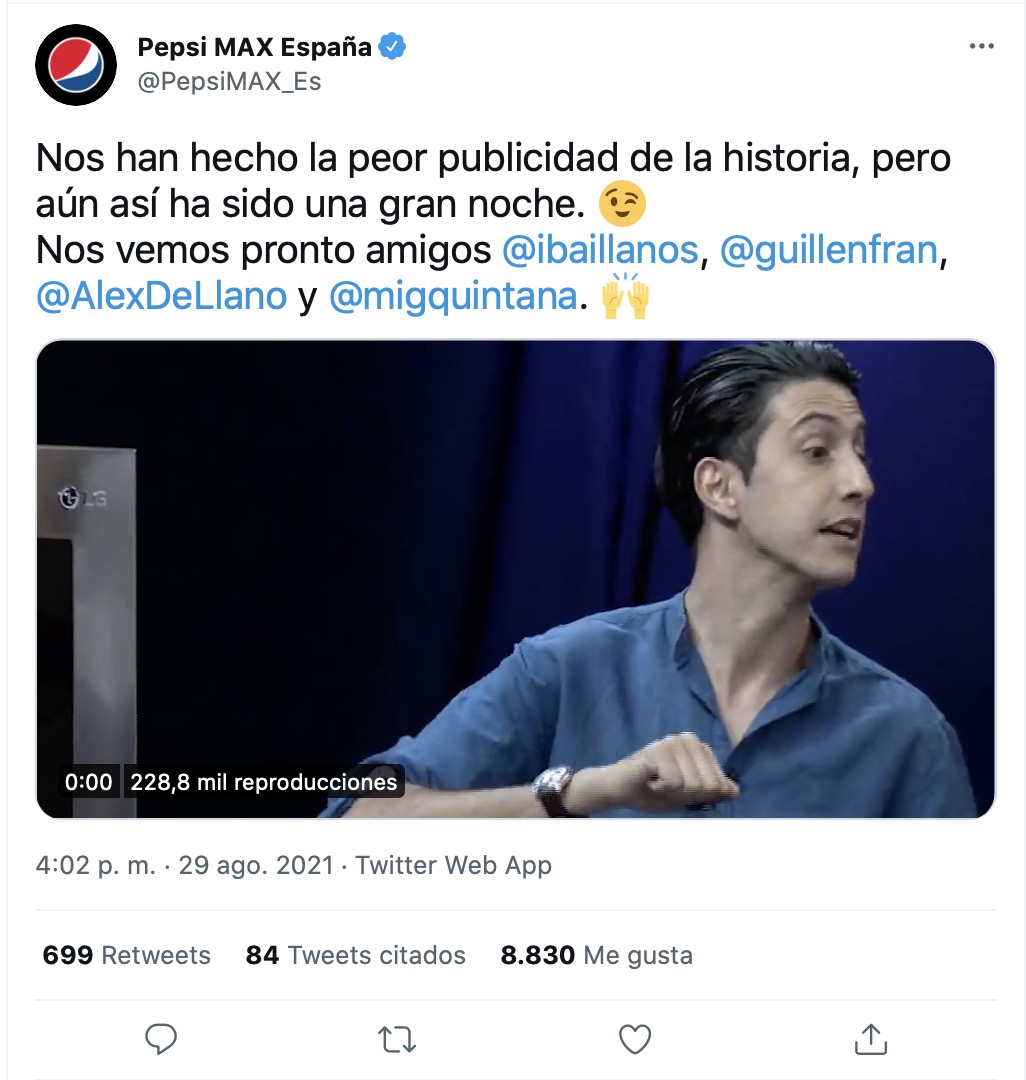 During this weekend a historical event was experienced. After a great career at Barcelona and a farewell that shocked the world, Lionel Messi made his debut with Paris Saint-Germain, a situation that for brands like Pepsi was an opportunity to win over a particularly saturated audience.

The truth is that although in this game, although the television networks and traditional media were part of the bet, they were not the only guest player.

Since Lionel Messi announced his formal resignation from Barcelona, ​​the Twitch platform became one of the topics of special relevance, after one of its greatest exponents known as Ibai Llanos had become the first person to interview “La Pulga ”After his signing with PSG.

Now, with the Argentine’s first game in this French team, he returned to the center thanks to the transmission of the expected match. The event caught the attention of brands like Pepsi.

The matter was led by Miguel Quintana, a Spanish journalist who was invited to review Messi’s game from the Ibai Llanos channel and who was in charge of a paid mention signed by Pepsi.

In the middle of this broadcast on Twitch, the statement was directed to a refrigerator full of bottles of Pepsi Max. This was just the moment when the communication had to invite people to drink Pepsi and that was when the reference to the main rival of the blue brand arrived.

“Man, singles product. You open a Coke … Pepsi, Max and you enjoy it, it is wonderful, “said the journalist before taking a sip of the drink and ending the ad that ended up being a peculiar improvisation.

Although the error was tried to amend, the truth is that the users who followed the transmission from the Ibai Llanos channel did not let it pass, so the criticism and ridicule from social networks did not wait.

In the transmission of @IbaiLlanos On Twitch, prior to Messi’s debut with PSG, they did an advertisement for Pepsi.@migquintana made a “Pedrito Sola” when mentioning Coca. pic.twitter.com/9JWpq11dsD

Faced with what happened, many people in the audience began to qualify the mention as the worst Pepsi advertisement at the time, a situation that for the brand did not go unnoticed.

In this way, from his account focused on the Spanish market, not only did he decide to respond to what happened, but he even took up the error of his spokesperson to replicate it in a message that said: “They have made us the worst publicity in history, but still It has been a great night. See you soon friends @baillanos, @guillenfran, @AlexDeLlano and @migquintana“.

The response of the brand was well received by many users, who affirmed that the rival of Coca-Cola would have taken the matter with peculiar humor, which in a way translated into a strength for the brand.

This case is reminiscent of a local one that has undoubtedly become a benchmark for the main errors committed live around a brand.

Without a doubt we are talking about the error carried out by the driver Pedro Sola, who when making an advertising mention referred to McCormick instead of the Hellmann’s advertiser.

Years after this peculiar error (which has not died thanks to the memory in social networks), the driver assured that the channel would receive 300 thousand pesos for said mention; However, this profit for the then channel 13 disappeared, at the time that Pedro Sola had to disburse 75 thousand pesos to patch up the mistake.

Although in each country and business the conditions are particular, the truth is that what happened with Pepsi in the Ibai Llanos program perhaps contemplated a similar sanction, where although the brand could take it with humor from social networks, in reality it is highly probable that the reaction off screen and before a contract has been translated into an economic sanction nothing less.