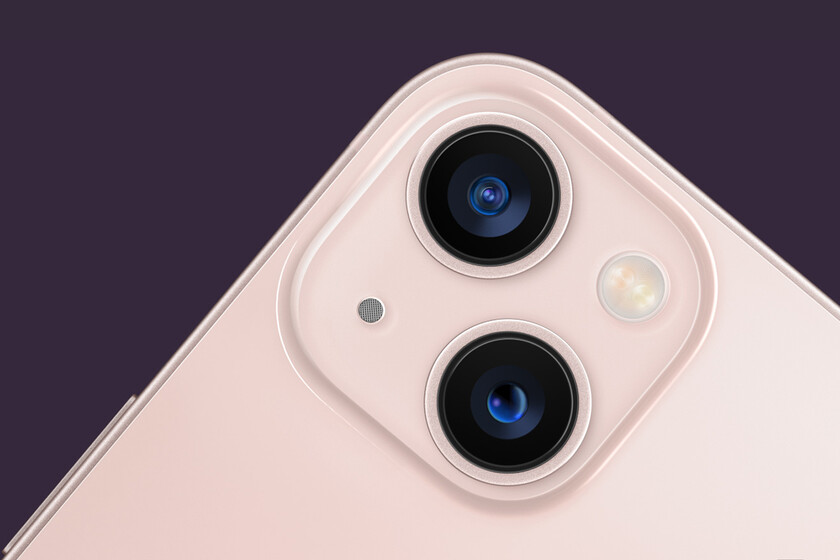 Apple’s Keynote brought with it a new family of iPhones. Among them, the iPhone 13 and 13 Mini got new updates that, in addition to a better battery, include a better camera module. These are its characteristics:

Starting with the hardware, the iPhone 13 and iPhone 13 Mini feature the iPhone 12 Pro Max’s photographic sensor, with 1.7 nanometer pixels. This 12MP sensor is a bit wider than the previous model. So that both sensors of the modules fit well, Apple decided to change its parallel configuration to a diagonal configuration.


In addition, both photographic systems had updates designed to make the most of light capture.

The angle has a 26mm focal equivalent and an F1.6 aperture. The most striking feature is that it has a sensor displacement optical stabilization system, which allows greater stability than the traditional optical stabilizer. It has a seven-element optical construction to provide better image resolving power and fewer optical aberrations.

On the other hand, the new ultra wide angle has a 120º angle of view with 13mm focal equivalence and F2.4 aperture. Apple says this module can capture 44% more light than the iPhone 12 UGA. Its internal construction is of five elements.

Likewise, the A15 Bionic chip that accompanies these models is designed to offer a much faster and more effective imaging process.

Taking this into account, the chip and its integrated ISP have a great job in the final image that these terminals produce.

This can be seen in one of the most striking functions of the family: “Cinematic Mode”. This video recording mode allows you to record a scene in Dolby Vision HDR and using image depth information, you can change the depth of field and focus point from one subject to another automatically and manually during shooting, or even manually in the editing process.

READ:  How to make development equal to what our eyes see: guide with Capture One

The surprising thing in this case is that, unlike the iPhone 13 Pro and Pro Max where it takes advantage of the depth of field information of the LiDAR system, on the iPhone 13 and 13 Mini create the depth map from the scene. It will be necessary to test how the final results are without a complex depth map, but it is surprising that the power of the chip allows these adjustments to be made.

Similarly, the iPhone 13 and 13 Mini have the main computational advantages of the higher models. Night mode can be applied to all shots, allowing for better exposure in dark scenes. Smart HDR 4 is optimized to produce more natural scenes with a much higher dynamic range. Deep Fusion is optimized for the best image quality when merging a burst of photos by selecting the best pixels.

Within these updates, photographic styles also attract attention. These can give more vivid or pastel colors depending on user preferences, while maintaining natural tones where it matters most (fur, skies, foliage). There are a variety of styles to choose from, just like rolls of photographic film. Additionally, users can adjust the parameters to create their personal style. This is an interesting update to further personalize each shot.