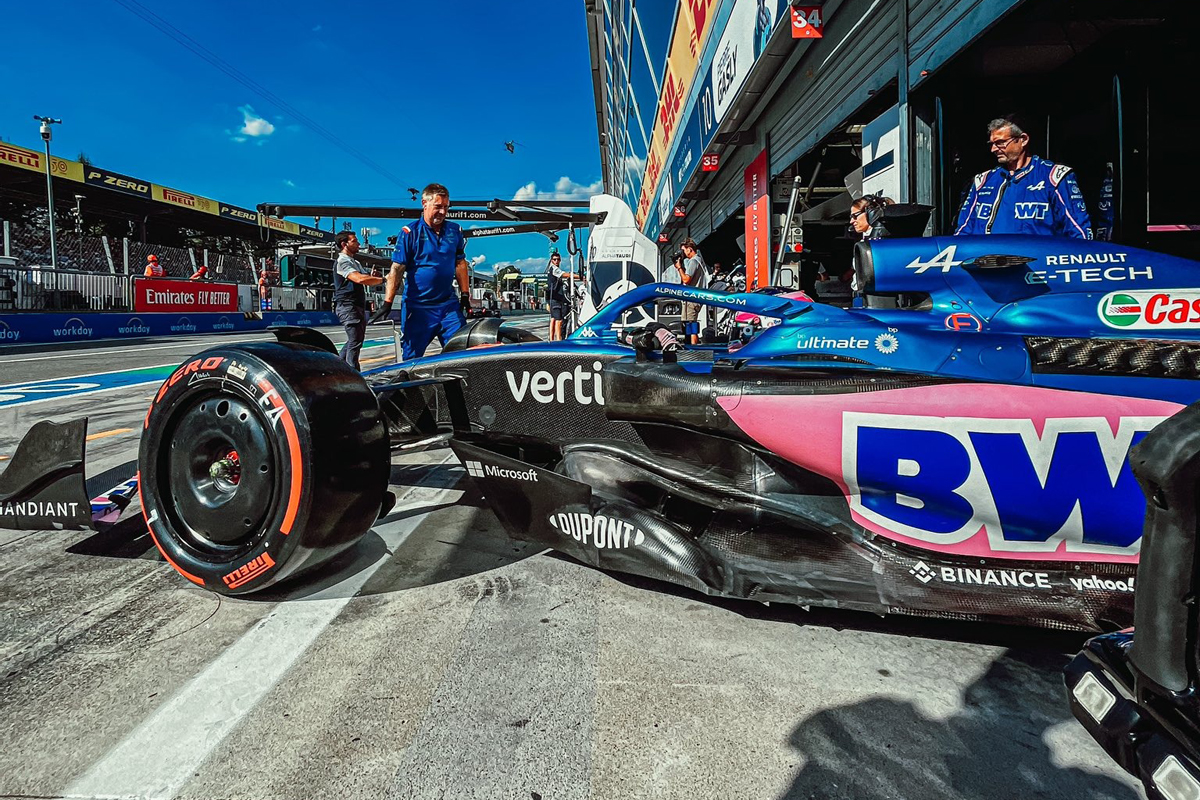 Alpine enters the last six Grands Prix of the season in fourth position in the constructors’ standings, with an 18-point lead over McLaren. Fernando Alonso has praised the team’s work to reach this stage.

Alpine had a somewhat hesitant start to the season, especially if you look at the side of Fernando Alonso’s box. The Asturian rider barely managed two points in the first five rounds of the season, although it is true that the loot obtained by Alonso did not correspond to the level of the Alpine A522. At least this was clear from the performance of his partner Esteban Ocon.

After the first races, Alpine has managed to take several steps forward to consistently position itself as the fourth hegemonic force of the current Formula 1 season. In fact, Alpine ranks fourth in the constructors’ standings after collecting 125 points, a figure that allows the French team to have an income of 18 units compared to McLaren.

A privileged position in this fight for P4 constructors that Alpine could not dream of reaching at the beginning of the season, something that Alpine himself Fernando Alonso recognizes to praise the team’s work: «We have achieved too much, more than expected. It is very impressive. I think we started out a little worried. We had some performance ups and downs, but since Australia or Jeddah the team has grown a lot. The engine is also much better than last year».

“We had some reliability issues, but we have more power than last year, so it’s something we accept. Now we’re fighting McLaren in the constructors’ championship and that was a dream at the beginning of the year. I think we’re getting over what we thought» has added the two-time champion.

Despite the fact that in Italy he could not extend his racing streak in the points, Alonso has indicated that the team has overcome compromising situations, assuring that «we had some races where we weren’t very lucky. Even in this run of points, in Barcelona we started last and in Austria the car couldn’t go into the Sprint race and we started last on Sunday. Even then we score points in these races».

Despite Alpine’s great work and Fernando’s good words, the Asturian rider knows that there is very little room for error and that they must improve even more: «We need to have cleaner weekends. Do not have any kind of problem on Saturday and Sunday. Then we will have the best weekends in terms of points, I am sure.”

Although Alonso values ​​Alpine’s work by ensuring that they have achieved more than expected in this battle with McLaren, the Asturian does not expect to get on the podium before closing his stage with the team: “I think we are in the same place as in the rest of the year. We are behind the top three, so our natural position is seventh and eighth. We always need help from the cars in front to improve this.

“Sometimes there are penalties like in Spa and we started third on the grid, but in the end in the race we finished in our natural position» Fernando Alonso has concluded, somehow ruling out the options of getting on the podium as he already achieved in Qatar last year.