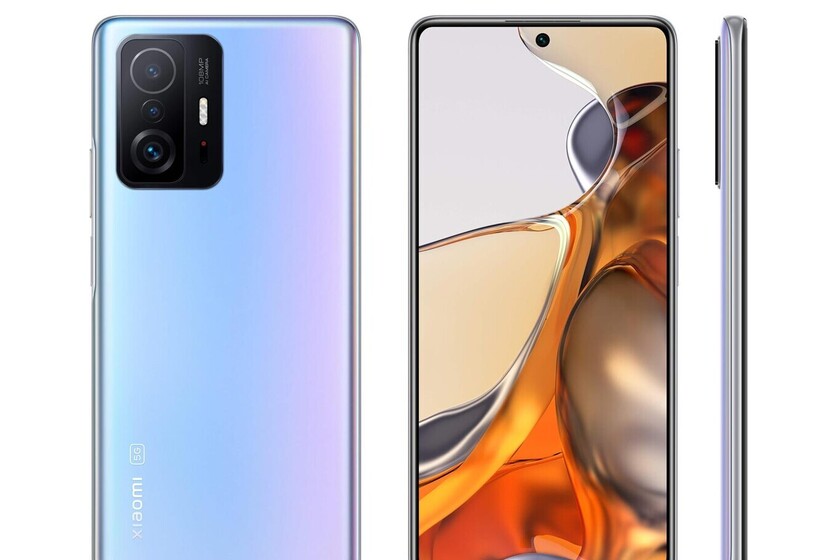 Complying with what is already a full-fledged tradition, Xiaomi has lifted the veil that covered its second generation of catalog leaders of the year, the models with the surname T although in this case they arrive with changes. The Xiaomi Mi 11 of the first half of the season are now complemented with the new Xiaomi 11T, which dispenses with the surname Mi and improves some of its characteristics.

That is why we are here, in fact, to see what has changed in these months that separate both ranges. What characteristics have been varied and in what sense in the course of the time that has elapsed between launches. Let’s see, therefore, How are the Mi 11s alike and different from the 11T (coming in two flavors, Xiaomi 11T and Xiaomi 11T Pro) in the prolific Xiaomi catalog.

Index hide
1 Xiaomi 11T Pro, first impressions on video
2 The screen and resolution are reduced, and the touch panel fires
3 Almost identical raw power but much better fast charging
4 Changes in photography
5 The Xiaomi Mi 11 versus the Xiaomi 11T, the technical specifications

The screen and resolution are reduced, and the touch panel fires

The first changes that land between generations, or between intermediate models of the generation, arrive on the screens. If the Xiaomi Mi 11 bet on 6.81-inch panels now everything shrinks down to 6.67 inches. A much more recognizable size in a market full of models with this diagonal. And along the way, Xiaomi also leaves part of the resolution.

Something that both the Xiaomi Mi 11 and the new Xiaomi 11T share is the processor, but not all of them since the Xiaomi 11T changes Qualcomm for MediaTek to adopt the Dimensity 1200. The Snapdragon 888 repeats appearance despite the fact that we already have the Snapdragon 888+ circling the market. They also repeat the memories although the most basic, the 6GB and 128GB, has been erased from the map with the arrival of the T.

But where the power is not equal is in the battery section. Xiaomi has decided to increase the capacity of the most basic model, which this time is the Xiaomi 11T, from 4,500 to 5,000 mAh compared to the previous generation starring the Xiaomi Mi 11, but fast charging is also growing. We no longer see 55W or 67W here as “yesteryear” but rather both models recharge their internal batteries to 120W with the fast charging of the firm that launched the Xiaomi Mi 10 Ultra in 2020. At the cost of what? Of the wireless charging that has not shown up for the appointment and of a reverse charge that has flown from the spec sheet.

In terms of connectivity, everything remains the same with the 5G in front, the WiFi 6 for local networks, the Bluetooth 5.2 for accessories or the GPS to geolocate us. We also continue to have NFC for mobile payments and the same USB Type-C port for charging. Nothing has changed in this sense because they even arrive both models with Android 11, although this time directly under MIUI 12.5, something to which the Mi 11 came through an update.

READ:  The iPhone 12 will improve Face ID but what will happen to the notch?

Other changes between generations come in the photographic section, from the outset because the front camera reduces its resolution And if before we had 20 megapixel sensors now, in the Xiaomi 11T, we only have 16 megapixels. But there are more changes, and they arrive on the back of the phones.

The main 108 megapixel sensor repeat with your pixel binning 9 pixels in 1 and with its bright aperture, also equipped with optical stabilization. The second camera varies for the Mi 11 because now the two Xiaomi 11T have 8 megapixels for the super wide angle lens, and the third camera also varies (now for the Xiaomi 11T Pro) because the telemacro lens now has a 5 megapixel sensor instead of the 13 worn by the Xiaomi Mi 11 Pro. Do you remember the periscope telephoto lens of the Mi 11 Ultra? Nor is it.

These are the main changes between families, knowing that Xiaomi is used to reducing the level in some aspects for its T models and raising others. Now, the reduction has fallen to screens and photography while the increase has occurred in fast charging and in the disappearance of the most basic model of the original Xiaomi 11. We leave you with the characteristics compared.

The Xiaomi Mi 11 versus the Xiaomi 11T, the technical specifications