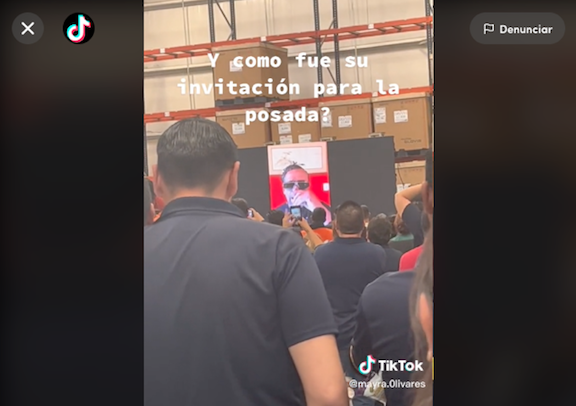 After being away from social networks, Alfredo Adame has gone viral again thanks to the initiative of a company that thought of the actor for his Christmas inn.

From December 16 to 24, the traditional posadas begin in Mexico, as a prelude to the date on which it is customary to celebrate Christmas, one of the most important dates on the calendar.

The December season is, without a doubt, the strongest of the year, not only in terms of expenses, but also in terms of emotion, because for some people it is about closing a cycle; finish a year, however difficult it may have been, and start the next with renewed spirits.

In fact, for Mexicans, this is the time when they tend to spend more than necessary, as revealed by a survey carried out by the Mexican Internet Association (AMIPCI), indicating that Christmas is the shopping period on-line most important for consumers.

On the other hand, according to information from Picodi, Mexico is one of the countries that generates the most expenses in the December holidays, joining others such as Chile, Peru, Argentina and Brazil. According to the revealed data, the disbursement per capita in Chile is 379 dollars, a figure that positions them in the first position, while, below the Andean country, is Mexico, with a total of 368 dollars per capita.

More specifically, it is specified that, in Mexico, the distribution of expenses at Christmas time is divided as follows: 51 percent on food for Christmas and New Year’s dinners; 43 percent in gifts for the family; 14 percent on home decorations; and 13 percent on gifts for friends and/or acquaintances.

Read:  Client goes to Coppel and ends up watching Mexico vs. Poland

For some time now, Alfredo Adame has known how to take advantage of the window of social networks to advertise himself, making use of all kinds of resources in order to generate conversation among Internet users.

A video circulates on TikTok in which a company has decided to “collaborate” with Alfredo Adame himself to invite its employees to the company’s Christmas inn, managing to go viral.

“So don’t go around criticizing the managers who are going to throw your party, ching..ma…, your inn. Surely there will be many gifts, piñatas, but poor of you who criticize the managers again because I am going to put them in their ma… ”, she is heard in the recording.

Undoubtedly, the figure of Alfredo Adame has become one of the most recurring on social networks, as happened a few months ago with a promotional video for a rock band.

And it is that, in order to publicize his image on the digital stage, he decided to use the image of the former Televisa actor and the result, to tell the truth, caused a great sensation among Internet users.

Undoubtedly, alliances with content creators, influencers, or various media or viral personalities are, today, one of the most profitable strategies for brands. According to data from Tomosoninternauts “They tend to spend more money and are more likely to spread the word to friends and family about a product they see on social media”.