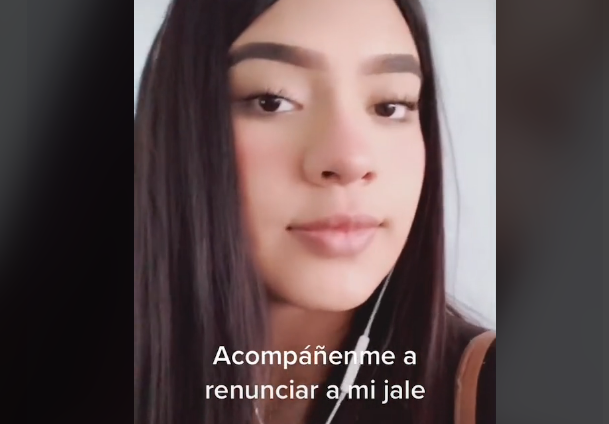 Giving up can be complicated, but for many users this trend has been an opportunity to motivate themselves and take risks to undertake.

According to specialized studies, a large percentage of entrepreneurs in Mexico have utterly failed to want to start a business, however, that does not mean that they have all failed.

The entrepreneurial culture has managed to mark a milestone for current generations. There are many stories of overcoming that are read on social networks, where a person who was on the verge of bankruptcy managed to build a business and “be his own boss.” And although it may not seem like it, a large number of users are captivated by these stories and, in turn, decide to undertake.

This joint decision is reflected in the statistical data provided by the Business Demographics Study made by him Inegi, where it points out that there are about 4.4 million micro, small and medium-sized companies. The same dependence reveals that they generate an economic value comparable to 19.3 percent of that figure of the country’s GDP. In short, 26 out of every 100 pesos are generated by informal business initiatives. For this reason, this sector has proven to be as important as the formal sector.

And that is how the study of Association of Entrepreneurs of Mexico (ASEM) in the latest Radiography of Entrepreneurship in Mexico 2020 mentions that the majority of people who start a business are young people between the 26 and 35 years old, including 35 percent of the total amount; they are followed by the adults among the 35 and 45 years, with 31 percent.

However, it is clear that it would not be an easy thing to bet on entrepreneurship, since it requires a lot of patience and ambition. According to the report mentioned above, 68 percent of entrepreneurs have commented that they have failed at least once in their attempt to start a business, either due to lack of knowledge of the market, according to what was said by 34 percent; for mismanagement, 32 percent; for problems with partners, 25 percent; and due to lack of working capital 23 percent.

Read:  This is how the trend color is worn in the best-selling sneakers in El Corte Inglés

Sometimes, formal work can be complicated, because despite the fact that it regularly offers the peace of mind that entrepreneurial culture, at least initially, it cannot offer, that is, periodic and fixed salaries, among other things, the truth is that on some other occasions the pressure of complying with established schedules, with a certain number of requirements has made many decide to opt down a new path.

That is how this new trend It has gone viral, one in which users of the TikTok social network take a tour of what their last day of work is like or, pointing it out exactly, what it is like to quit a job they don’t like.

This trend has achieved a lot of publicity and has managed to capture quite a few comments as a show of support, since it is not easy to leave a job and in the case of entrepreneurs, it is even more complicated.

These are some of the videos where giving up has become a trend:

@patatiusgive up your toxic tailings don’t think about it. P.S. This wasn’t toxic pull, in fact I’m going to miss it a lot🥺 but I’m at the age of lokiar haha ​​my life is very random♬ Che La Luna – Louis Prima

They teach how to price products to start an entrepreneurship

This tiktoker is dedicated to giving users brands to undertake

“This is your signal to undertake”; businesswoman tells how TikTok helped her grow her business

Entrepreneurs explain why you should start your business before May 10

Master of Disguise; campaign exposing dangers of sugar with hip-hop

The ‘ranking’ of the best Álex de la Iglesia films: ‘Mutant Action’, ‘The Day of the Beast’ or ‘The Community’?

Manual to boost your digital skills during the post-pandemic