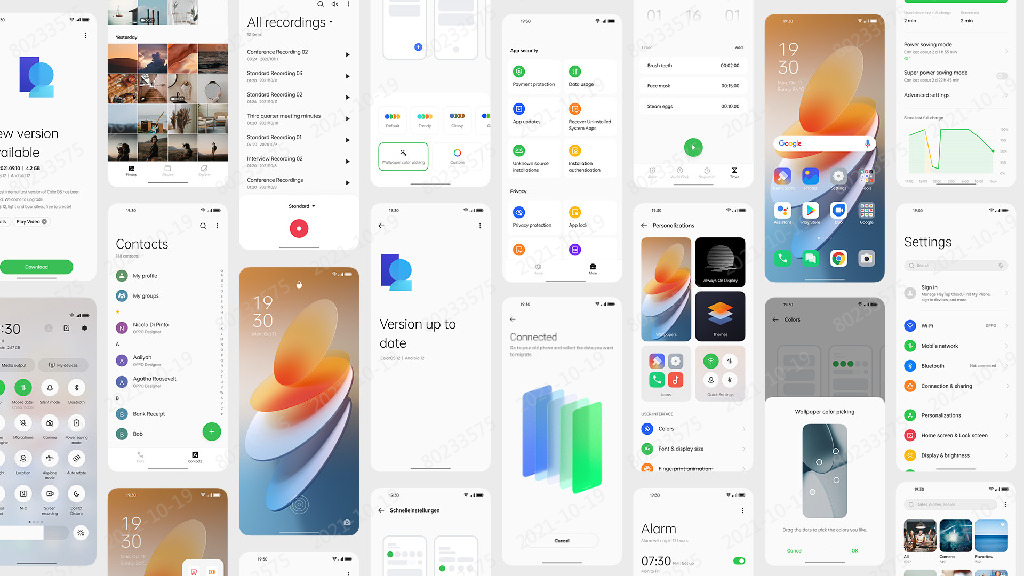 Brands such as OPPO, which are positioning themselves globally as a powerhouse in the sale of high-quality equipment and affordable prices, have looked for a way to move away a little from what Google’s Android offers, creating layers of customization, as well as operating systems, in this case, ColorOS 12, which is based on Android 12 and adds interesting functions.

In addition to all this, OPPO officially becomes one of the first manufacturers to launch Android 12 for one of its teams, the Find X3 Pro, although at the moment, it is only available in Indonesia and Malaysia; It is estimated that by 2022, ColorOS 12, will arrive at the Reno 6, and in the first half of the year for the Reno 5 Z 5G and the Reno 5 Lite.

And to give a better boost to the operating system, verify errors and how to improve it, this version that they launch will serve as a pilot to give an overview of what users are mainly looking for; And thanks to a presentation made on October 11, OPPO revealed that its operating system will have many functions that will help the user to have an ideal, customizable and functional team.

G.SKILL, the new DDR5 RAM memories that reach up to 6400 MHz

Index hide
1 And what’s new old?
2 How many teams will have this update? And the old ones?

In the first instance, it was revealed that we will have an inclusive and customizable design, which will allow the user to add or remove increasingly complete widgets, as well as choose themes, functions, elements and new functions that the operating system will provide.

Read:  How to Change the Wallpaper on your WhatsApp? - Android or iOS

On the other hand, it is also expected to integrate part of the functions that Android 12 is already offering to its users, but under the customization of its own system, so if you have an OPPO device or plan to buy one in the future, you will have features great to take advantage of, plus all the protection and updates from Google.

How many teams will have this update? And the old ones?

One of the main objectives of the brand is to reach the largest number of users who already use their equipment, so one of the main goals is to launch this update in more than 110 models and 150 million users Worldwide, according to the brand, this update will be one of the fastest and most far-reaching in its history.

On the other hand, the equipment launched from 2019, will have important updates, which will be divided into three, first for the Find X Series models, and two additional for the Reno series, in addition to ensuring that these will have four years of regular updates and security patches on all computers released in that year.

Fall-flavored recipes on the weekly menu for November 8