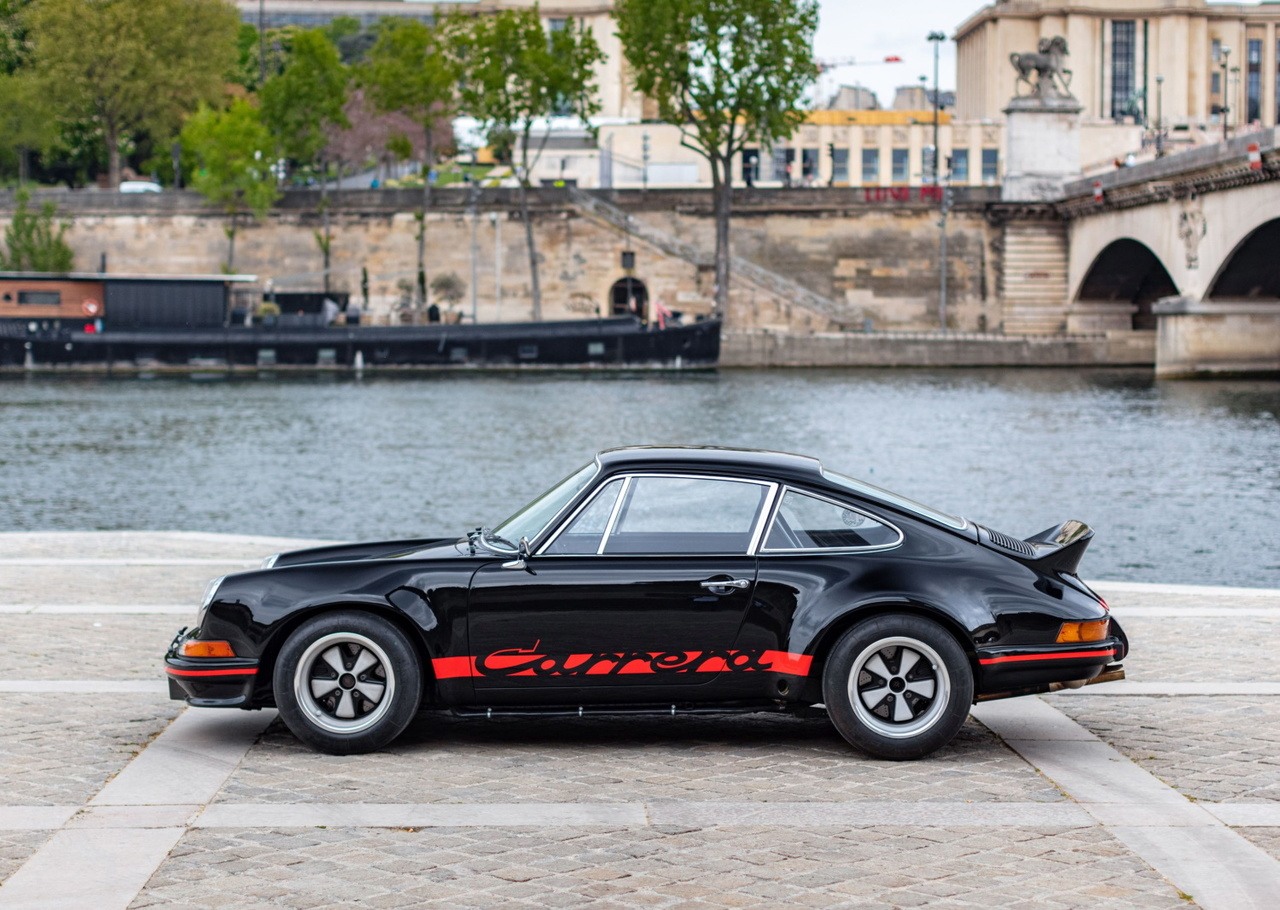 A mint condition with a long history of the radical and rare Porsche 911 2.8 RSR is going to be auctioned by the French house Artcurial at its next event in Monaco. This is not only one of the few copies made of this almost unknown version, but it is one of only two that were manufactured in black and has a very complete sporting history.

The Porsche 911 Carrera 2.7 RS is one of the most expensive models that we can currently find in the 911 series. This lightened version was launched to be able to homologate the model in competition And over the years it has become one of the rarest and most valuable versions of the German sports car, fetching stratospherically high prices, usually 7 figures.

However, this model had an even more extreme later derivative and that in addition to having a very low production is very little known to fans, the Porsche 911 2.8 RSR. This version is more radical than its predecessor in all respects and went down in the history books as the first Porsche 911 to exceed 300 horsepower, of which only 49 copies were manufactured.

The Porsche 911 Carrera 2.7 RS nicknamed ‘duck tail’ was a very radical variant that had a lightened and suitably reinforced frame configuration to be able to homologate the model in Group 4 FIA, where it competed both in rallies and on circuits with great success . The truth is that of the 1,500 manufactured copies of the Carrera 2.7 RS only a handful had the competition setup, which is why almost all of them corresponded to the Touring street variant.

The German brand later decided to launch an even more radical and lighter version thanks to the use of plastic elements and lighter panels in the body, thinner glass, a lightened chassis and more powerful mechanics, which thanks to several changes increased its displacement to 2.8 liters and its power to 304 hp (300 hp). A spectacular power increase if we take into account that the Porsche Carrera 2.7 RS had a 210 hp mechanics.

The specimen that will be auctioned next Monday, July 19 in Monaco is one of the only two examples of the Porsche 911 Carrera 2.8 RSR that left the factory with black bodywork. In addition, like all the copies made of this version it was destined from the first moment to competition. Its first owner was Peter Gregg, one of the most important official Porsche dealers on the American East Coast and founder of Brumos Racing, who later sold it to private driver Arnold Golding, who used to compete at the IMSA 1973 teaming up with Peter Revson, founder of the multinational cosmetics company Revlon and a skilled pilot, as he achieved numerous victories in many different categories during his short career.

After these came many other private riders and collectors, so this specimen has a very important sporting pedigree. A few years ago it was rebuilt and restored to its original configuration and is in perfect condition and with all its original elements, including its engine-transmission assembly. Artcurial has announced price estimates between 1.5 and 1.8 million euros.

14 free games for a limited time for Android: normally they are paid