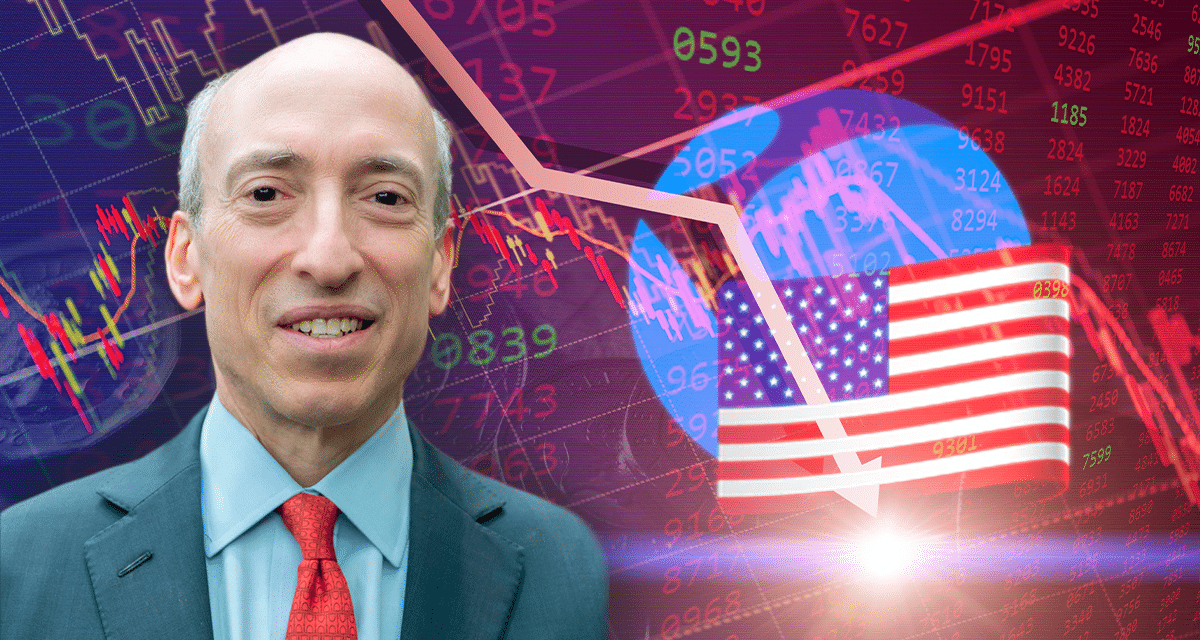 The president of the United States Securities and Exchange Commission (SEC), Gary Gensler, took advantage of his participation in an activity of the Financial Industry Regulatory Authority (FINRA, for its acronym in English), to refer to the collapse of the stablecoin terra USD (UST) and the rest of its ecosystem.

In this regard, Gensler indicated that cryptocurrency investors require greater protection or they could lose confidence in the markets, according to the Reuters agency.

In that sense, he assured that people who invest in cryptocurrencies do not receive enough warnings, especially regarding aspects such as “if the trading platform they are using is really trading to disadvantage them or if they really own the assets they store in wallets. digital”.

“You, the investing public, can make your decisions about the risk you take, but there is supposed to be full and fair disclosure, and people are not supposed to lie to you,” express Gensler.

In said meeting, the head of the SEC also commented that cryptocurrencies are said to be decentralized, but in his opinion, most digital asset market activity occurs on only a handful of trading platforms. In this sense, he expressed that token issuers and companies in the sector must collaborate with the regulatory body to improve regulations.

Lastly, Gensler warned that the SEC will continue to be “a policeman on the road”, while working with other agencies to ensure that all cryptocurrencies are covered by the State.

Gensler’s stance is similar to that of US Treasury Secretary Janet Yellen. The official said a couple of weeks ago that there is a need for a regulatory framework for stablecoins and so on provide a greater protection for users, fact reported by CriptoNoticias.

Collapse of Terra USD and LUNA

The alarms went off at the headquarters of the regulators after the precipitous fall of UST and LUNA cryptocurrencies occurred last week, affecting the rest of the market. Such was the severity that the total market capitalization of this industry fell to USD 1.2 trillion for the first time since July 2021.

Nevertheless, that measure had no effect, seeing that the price of UST did not quickly recover the expected value, its holders massively decided to exchange it for other stablecoins. Had withdrawals of more than USD 2 billion in 24 hours. Due to selling pressure, the price of UST started to slide down.

Terra CEO may be called to account before authorities

Faced with this chaotic scenario that has affected thousands of people, the authorities of South Korea, the home country of Terraform Labs, a company that developed cryptocurrencies, are studying the option of quote its foundersaccording to a local media.

Deputy Yoon Chang-hyeon of the Political Affairs Commission of the National Assembly, indicated that they should bring the creators of the protocol before parliamentto hold “a hearing on the cause of the situation and the measures to protect investors.”

Chang-hyeon also warned that while wait for a law to regulate cryptocurrencies, investor losses continue to mount. “Authorities continue to view the huge loss of digital assets as worthless,” he added.