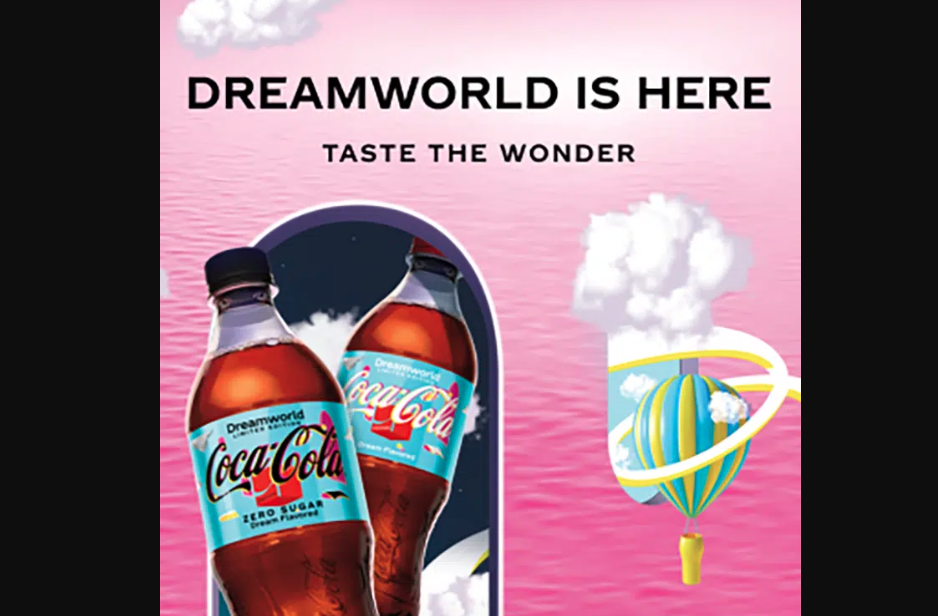 Coca-Cola Dreamworld is the fourth and last release of Coca-Cola Creations of 2022, which, according to its description “bottles the technicolor tastes and the surrealism of the subconscious with an invitation to savor the magic of everyday moments and dream with your eyes open”.

The beverage, which will be available in the United States and Canada beginning August 15, adds joyful and vibrant flavor notes that evoke the limitless creativity of the human imagination to the unmistakable flavor of Coke.

“Coca-Cola Dreamworld taps into Gen Z’s passion for the infinite potential of the mind by exploring the taste of a dream,” said Alessandra Cascino, director of the Creative and Purchasing Program, Coca-Cola North America Operating Unit. “Like the Coca-Cola creations that came before it, Dreamworld plays with the unexpected and is sure to spark discovery and discussion among consumers…which we appreciate.”

the size of the global soft drink market was valued at $416 billion in 2021 and is expected to expand at a CAGR of 5.2 percent between 2022 and 2028. Rising costs are expected to disposal income changing lifestyle and a growing population promote market growth in the next few years.

Growing demand for clean label, gluten-free, low-calorie, low-carb products drives the global soft drink market. In addition, the growing popularity among millennials and growing R&D investments in the food and beverage sector are expected to drive demand from the industry.

Read:  4 thousand complainants join vs. Interjet; will fly again in 2022

In this sense, with limited-time products such as Dreamworld, Coca-Cola the company hopes to attract drinkers who want to find out for themselves what the mystery-named soda tastes like. In addition, the uncertainty surrounding the name after a conversation, particularly among online consumers, is likely to which will generate even more buzz for the item and potentially for other brands of Coke.

Coca-Cola’s other creations have included “pixel-flavored” Byte and a strawberry-and-watermelon-flavored collaboration with Grammy-nominated artist Marshmello.

However, it is not the only company that has created different flavors to subsist in new audiences, such as Generation Z. Such is the case of Pepsi a company that launched a new flavor in March Nitrogen Infused Tail which is the first of its kind. According to the statement, the drink has a creamier and smoother taste compared to traditional Pepsi.

Similar to this philosophy, Coke he certainly hopes that younger consumers will jump at the chance to try a novelty drink like this. Since the soft drink consumption declined over the past 20 years, beverage manufacturers such as Coke and PepsiCo they must be creative in finding ways to get shoppers to stock up.