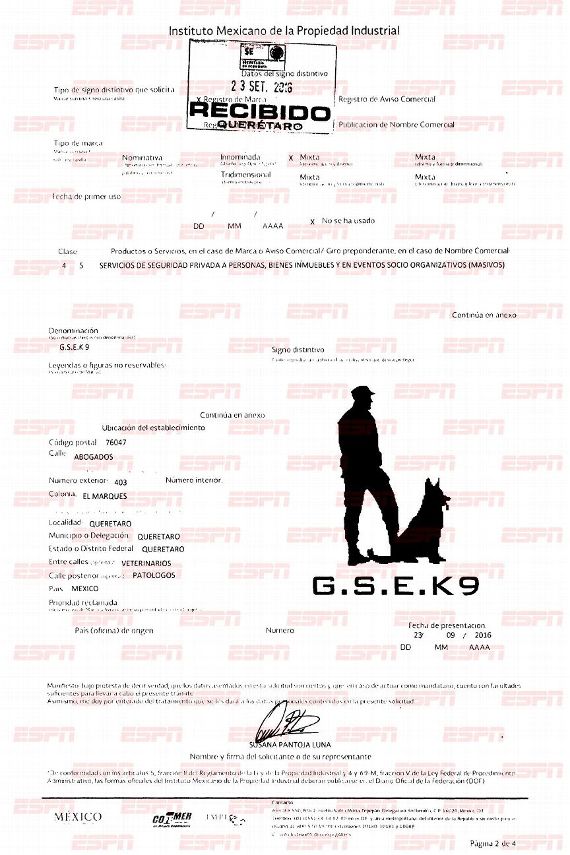 It has been revealed that the security company that the Querétaro Club hired is “duck” and he has also disappeared from his “offices” 28 hours after the tragedy.

The company that was hired by the Querétaro Club since last March 2021 is in the midst of criticism. Elite Security Group K9 or GSEK9 by its acronym, it is indicated as one of those responsible for the tragedy experienced in Corregidora.

After it became known through various media that the private security company, hired directly by the Querétaro Club to protect the facilities, offered a job with a salary of 300 pesos to anyone who, without presenting previous experience, other than meeting certain specifications, journalists began to investigate the matter.

The requirements were have INE, be of legal age, wear black clothing and not have a criminal record:

So you will have an idea…

The irresponsibility of the QUERÉTARO board continues to grow… pic.twitter.com/HkuHe3WVan

Due to this, some users even pointed out that they had recognized hired security elements in videos, forming part of the aggressions that were experienced in the stadium of The corrector. For this reason, it has been announced by the government secretary herself, Lupita Murgiathat the security company used to promote events in the state of Querétaro has been canceled.

Goodbye to the company K9, in charge of private security in La Corregidora.
They cancel registration and contracts.
Are the 300 pesos and aguita salaries over? https://t.co/QbWWWFOstW

GSEK9 was registered with the Mexican Institute of Intellectual Property (IMPI) in 2016 as a company that provides “private security services to people, real estate, and socio-organizational events,” while the owner of the company is identified by the name by Susana Pantoja Luna.

Read:  The reception of fintech in Latin America

However, although the company has its registration in the IMPI, many inconsistencies were revealed. In the first place, the address of the place is a two-story house-room located on Calle Abogados 403 in the El Marqués neighborhood, almost opposite the La Corregidora Stadium. Later, it was announced that said company does not appear on the list of authorized companies within the General Directorate of Private Security. Finally, the posts and their Facebook page were deleted in a matter of hours, so everything indicates that they operated irregularly.

For this reason, the sports chain ESPN shared in a visit to the place the statements of the tenants, where according to their statements, the place has been completely empty:

“In the morning some people came, took out some papers and then left.”

In addition, it is reported that the company has stopped responding to calls, so some recognize that they could be fleeing before giving their statements.

Let us remember that the owners of the duckling company will be called to testify in the coming days about the events that occurred in the ‘Gallos Blancos’ stadium, on March 5, while the Querétaro government has not yet clarified much of what has been demanded on social networks, now including the hiring of a “duck” security company.

FIFA pronounces itself for violence in the Querétaro stadium; this said

Mikel Arriola, president of Liga MX, announces these sanctions for the Querétaro vs. Atlas

Brawl in Querétaro arrives at Ibai Llanos’ Twitch; “The garbage must be removed from football”