Clouds are becoming a scarcer resource. And some countries are already going “to war” over them

By EzraSeptember 6, 2022No Comments4 Mins Read 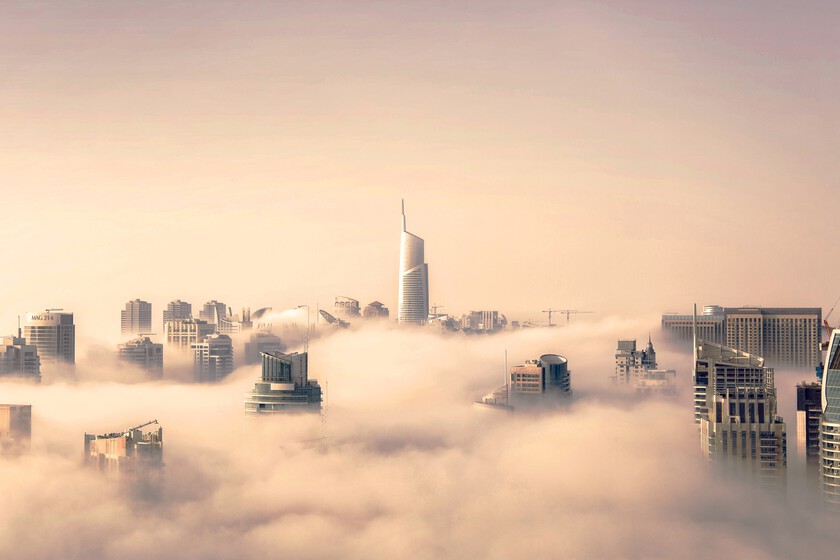 Oil triggered the first Gulf War, but it is not the only liquid resource that can bring about wars and global crises. Water (or rather, the lack of it) will be the cause of future conflicts because it is the most precious natural resource that can be manipulated by humans. In 2018, in the midst of a brutal drought, officials in Iran concluded that someone was stealing their water from the clouds. They said that Israel was making efforts to prevent Iranian clouds from producing rain.

As regions like the Middle East dry up, countries have embarked on a race to develop chemicals and techniques to squeeze out the clouds. And it is causing international conflicts.

The conflict. Countries are no longer so concerned that their aquifers will be drained by a foreign country, but that their water will be stolen directly from the clouds. “Both Israel and another country are making efforts to prevent our clouds from producing rain,” Iran said a few years ago. The other country was the United Arab Emirates, which has been running a cloud seeding program for years, in which chemicals are injected into clouds to force precipitation. And the objective was not really to steal water, but to make it rain on parched lands.

Lack of water. About 2.7 billion people experience shortages for at least one month of the year. By 2025, two-thirds of the world’s population will face drought and food rationing will become the new normal. According to this New York Times article, 12 of the 19 countries in the Gulf region have less than 10 inches of rainfall per year (a 20% drop in the last three decades). That is why their governments are desperate and see a solution in the artificial manufacture of clouds.

Why is it controversial? Basically because if you plant clouds over your region to combat drought, those clouds will not carry rain to the next region, where they surely also need water. “If you make it rain in one place, then it reduces the rain downstream. It’s like robbing Peter to pay Paul, it makes winners and losers,” explained Harvard University applied physics professor David Keith in this article. from DW.

In other words, the concern of the experts is that one country dries up the clouds at the expense of others. Mainly because the useful life of a cloud that produces rain hardly exceeds a couple of hours. And in that region, seven countries are very close, so conflict is guaranteed.

How does it work? To understand the process you have to know how precipitation works. Clouds form when air containing water vapor rises into the atmosphere, cools and forms icy particles. Inside the clouds, these particles mix to form droplets that, when they become large and heavy, fall to the ground as rain, snow or hail, depending on the temperature.

In cloud seeding, small particles of silver iodide are injected into them. This process can be done from an airplane or drone, or even shot from the ground. What the method does is “trick” the water vapor within the clouds into forming droplets around the silver iodide particles. Once they get heavy, they fall out of the clouds like normal, run-of-the-mill precipitation.

a trend. Many countries are experimenting with this technology. Saudi Arabia has just started a large-scale program and six other countries in the Middle East and North Africa are implementing it. The most ambitious program in the world is China, which seeks to stimulate rainfall on the Yangtze River, which is drying up quickly. Russia is also known to employ cloud seeding before the festivities so that rain does not spoil public celebrations. The US also uses these methods in states affected by drought, such as Idaho and Wyoming.

Problems. Although it seems like a simple science, in practice it is not. Not all clouds can produce rain, and even a cloud that may seem suitable for planting may not have enough moisture. Also, in hot climates raindrops sometimes evaporate before they even reach the ground.

Not only that: sometimes the effect can be greater than expected, producing too much rain or snow. Or the winds may change, blowing the clouds away from the area where the planting was done. This has already happened in the UAE in 2019, when cloud seeding generated such heavy rain in Dubai that water had to be pumped out of flooded neighborhoods.