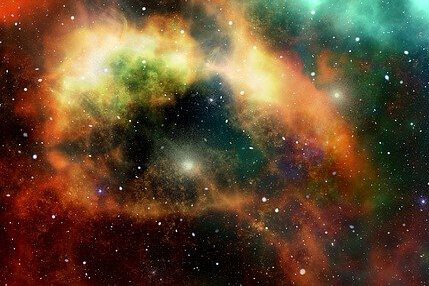 Our brain is unable to assimilate magnitudes that are too large, small or extensive in time. Imagine that we will count a number per second, 24 hours a day. To count 1,000 would take 17 minutes. One million, 12 days. Billion, 32 years. One billion, 32,000 years. To count a trillion would take 32,000 million years, more than the age of the Universe.

Simply, that figure escapes our imagination. We are very bad at calculating times, or high figures, or very small figures. Therefore, it is counterintuitive that Cleopatra lived closer in time to the birth of Twitter than to the creation of the Great Pyramid; or that the T. Rex lived closer to us than the Stegosaurus.

Magnitudes adjusted to our size

So the only shortcut we have to deal with similar concepts is the use of analogies that allow us to establish ways of visualizing things. in a different way from the usual experience.

To understand the minimum size of an atom, I always liked the analogy of imagining an atom the size of an international sports stadium. The electrons are found at the top of the steps; they look as small as the head of a pin. The nucleus of the atom is in the center of the field and is about the size of a pea. The atom, then, is almost empty.

Reality is so complex, there is so much to understand, that we cannot (yet) know the truth (or reality in all its breadth). But models allow us to orient ourselves, make predictions, know how something works at a certain level. Models, after all, are what brought us out of a dark age. It is the only thing we have to avoid going totally blind, as you can see in the following video: