Bullfrag
Home Technology Smartphone Cleaning the house from the mobile? You can and now with... 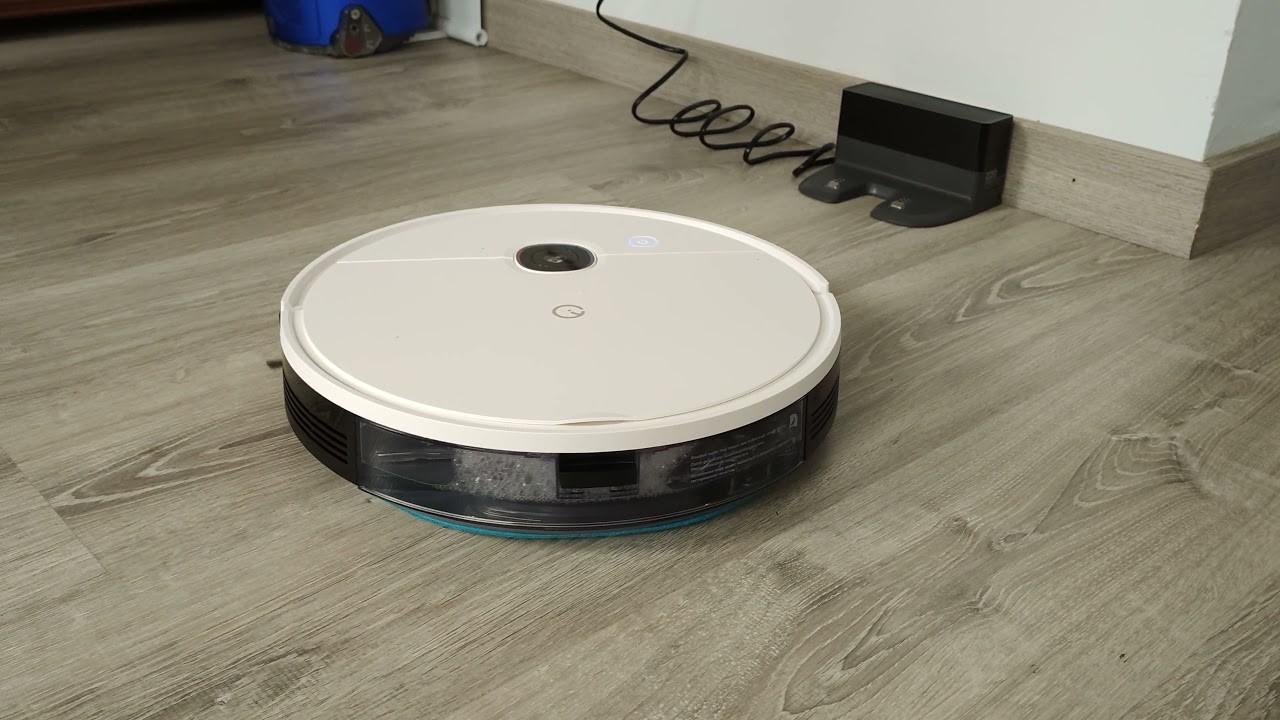 Cleaning is not easy, nor does everyone like to do housework. But you have to do it, and you have to have willpower for it, it doesn’t matter if you work, study, or have had a bad day. Or we could skip the philosophical sermons and end the problem in one fell swoop if we let a robot clean for us. And it is that, in recent times, cleaning robots have become an essential of home automation in many homes.

It is not worth choosing just any robot, because there are really bad ones, and others that are really worth it. This is the case of the Yeedi2 Vac Hybrid, in what has been the most intelligent cleaning robot on the current market. And, as if that were not enough, take advantage of it because it is on sale on Amazon. Its original price is € 269.99, but now, you can redeem a coupon of 70 euros applied at the end of the purchase. Through this link you can access to buy it on Amazon.

With this intelligent robot you won’t have to worry about getting up early to clean or doing it when you get home from work tired, because the Yeedi 2 Vac Hybrid we could say that it is a 3 in 1. Why? Well, the robot acts as a vacuum cleaner, mop and mop at the same time. So it will vacuum all the floors and corners of your home, then mop them to make them shine, and finally, scrub the floor thanks to a water tank. Afterwards, it will go back to its charging base by itself.

In this way, you will only have to worry about emptying the deposit from time to time and when the robot tells you to. Once the robot stops doing its tasks, it returns autonomously and proceeds to unload everything aspirated. You will literally have to remove the box with the dirt, empty it in the trash and put it back … Then the robot will cycle again.

Index hide
1 From the phone
2 It even scrubs!
3 Battery

And to what we were going, one of the most important features is that you can manage absolutely everything from your mobile device. First, you have to know that this robot makes a map of the entire house, analyzing the different points and rooms. After you let him analyze the whole house, he will autonomously design a route that he will follow when you send it to him, without leaving a covered gap.

Once you have analyzed the entire home, you are ready to configure it on your mobile through the application that can be obtained from the Play Store and the Apple App Store. You can design the routes you see fit if you don’t like the route that the robot has traced, or you can tell it to clean a certain room, or not to enter one of them, or to spend so much time cleaning ago.

The positive point is that you do not need to be at home to program the robot, since you can do it from anywhere, since the robot is connected to the home WiFi and will receive the information through your mobile data. As if that were not enough, it is compatible with Google Home Assistant and Amazon Alexa smart devices, so you can comfortably send tasks through voice commands. Also, when you tell it, it will return to its charging base.

We have mentioned it before, but it deserves a special explanation. The Yeedi 2 Hybrid scrubs too, as it has a 240ml mixed water tank, which scrubs at the same time after vacuuming to leave your home floor spotless. You do not need to change the tank, just fill the 240ml of water after each route of the smart robot.

But how long will the robot last? It has a built-in 5200 mAh battery, which translates into a durability of approximately three hours, including the functions of vacuuming, mopping and scrubbing the floor, to finally return to the charging base. In practice, this translates into approximately two cleanings, each one and a half hours, to ensure maximum efficiency and cleanliness. Then, it will return to the base to charge, a charge that takes approximately a little less than seven hours, so, the only thing you will have to worry about is that it charges correctly and programming the robot for its next cycle.

Remember, do not miss the opportunity to purchase the Yeedi 2 Hybrid On sale on Amazon for € 200, its original price being € 269.99, thanks to the € 70 coupon that you can apply at the end of the purchase of the most intelligent robot vacuum cleaner on the market. Run they fly!

Varied recipes on the weekly menu on November 1