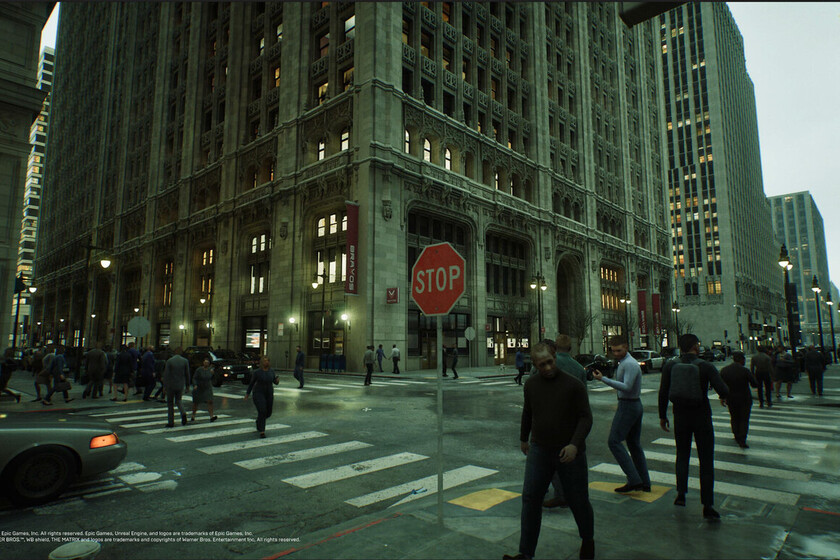 One of the most important news of the day has featured Epic Games announcing that the Unreal Engine 5 graphics engine is now officially available to developers, so that anyone can use it in their video games. For example, on other occasions we have seen what it is capable of, leaving us with tremendously realistic graphics, as will happen with Ashes of Creation or Senua’s Saga: Hellblade II.

During the presentation of this announcement it has also been announced that Epic Games has launched a couple of sample projects completely free of charge, which are available to play and modify at the whim of each one. In this way, the teams will be able to see first-hand the benefits of UE5 and everything that it is capable of achieving.

One of them will be very familiar to you, since it is CitySample, which we already saw in the demo of The Matrix Awakens. It is a recreation of a complete city, from top to bottom, with its respective buildings, vehicles and crowds, with an amazing graphic section, to the point that sometimes it is difficult to distinguish if we are really facing a game or not.

With respect to the second sample set it is about lyraa shooter that can also be played today and everyone can customize as they want as a very solid base for the projects they have in hand.

As Epic Games has pointed out, these sample games will be most useful for developers to get an idea of ​​​​what shooters and open world titles that make use of Unreal Engine 5 will be like.