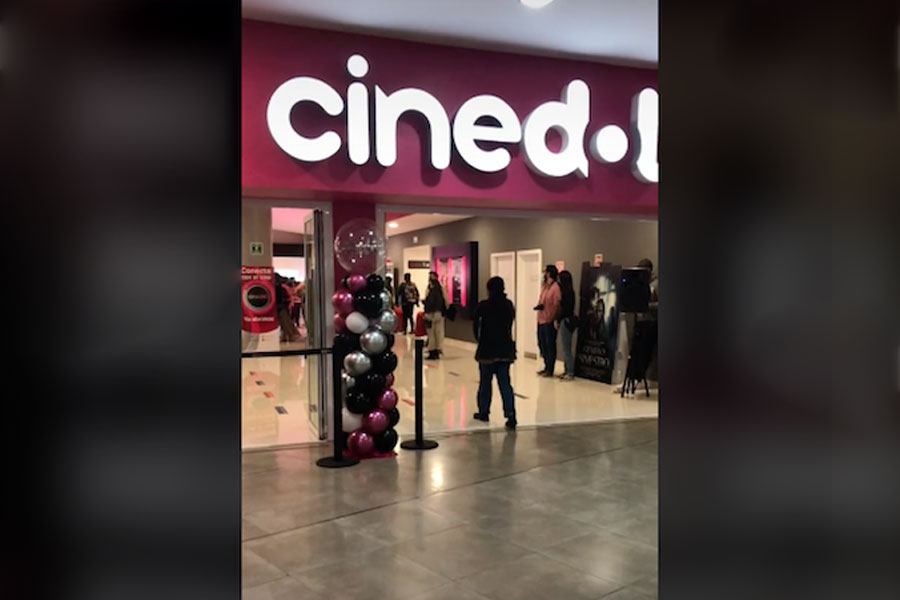 Azcapotzalco was the Mayor selected to launch the first branch of Cinedot in Mexico City (CDMX)looking to compete with the big chains.

Last year, at a time when the health emergency due to Covid-19 was felt in various corners of the world, a new chain of cinemas arrived in Mexico under the name of Cinedot, which reused spaces that previously belonged to movie theaters. Cinepolis.

As is known, The film industry was one of the hardest hit by the arrival of the pandemica health emergency process that distanced consumers from all the spaces where they used to meet, from small bars and cafes, to large supermarkets, movie theaters, stadiums, among others.

In Mexico alone, the film industry lost 14.6 billion pesos in 2020 alone, according to data from the National Chamber of the Film Industry (Canacine).

Given this, of course, streaming was one of the alternatives found by both consumers and the industry itself, as happened with the premiere of “Black Widow”, the Marvel film that first came to theaters to then launch on the Disney Plus platform. The same case occurred with “The Batman”, which, weeks after being released in theaters, was released on HBO Max.

According to information from the Motion Picture Association, during 2020, streaming platforms surpassed the goal of one billion subscribers worldwide.

These are the prices of Cinedot in CDMX

In the midst of the health crisis, a new chain arrived in Mexico to compete with the two large chains that dominate the market: Cinépolis and Cinemex. Cinedot debuted with movie theaters in the State of Mexico and Puebla, and recently arrived in Mexico City (CDMX) with a new price list.

In this way, in a context in which social networks work as a strategy to call consumers, the opening of Cinedot in the capital of the country was shared by several content creators, revealing what the prices are and, above all, everything, the experience of a new cinema chain.

According to what the users themselves report, tickets cost between 54.00 and 61.00 Mexican pesos, in its standard version, while for 3D movies they range from 58.00 and 65.00 pesos. Similarly, regarding the consumption of drinks and food, prices do not exceed 70.00 pesos.

? Running Up That Hill (A Deal With God) – Kate Bush

On the other hand, the competition Cinépolis and Cinemex, have box office prices ranging from 87.00 to 110.00 pesosthat is, double what is reported in Cinedot.

Cinedot is not the only one

In addition to Cinedot, last year the arrival of another new cinema complex created by MUBI was announcedthe streaming platform that offers the consumer a catalog of tapes from independent cinema or from the so-called “Author Cinema”, classified as “Art Cinema”.

In a statement shared last yearit was announced that the MUBI complex in CDMX would be built in Colonia Doctores, right in the center of the Capital, and would have four screens.

We live in an era in which consumers are looking for different experiences and, in general, are on the hunt for the best prices, which is why initiatives such as those of Cinedot and MUBI could be of great impact for the large chains that dominate the offer. .