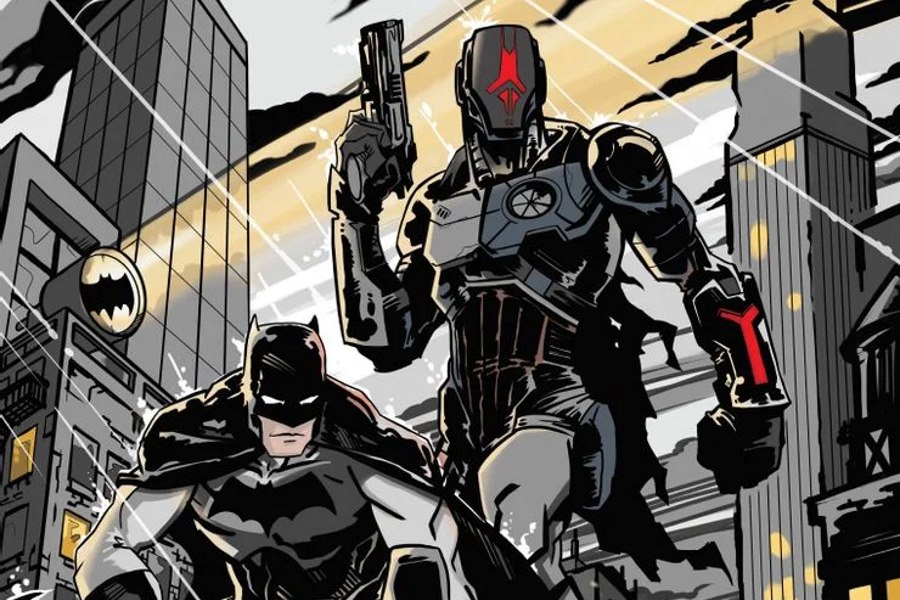 Facebook
Twitter
Pinterest
WhatsApp
Index hide
1 Batman / Fortnite: Fundación arrives in Mexico thanks to SMASH and DC Comics Mexico, and its author, Christos Gage, gives details of this new adventure, now in the DC Universe
2 The Foundation and The Batman Who Laughs
3 The excitement continues in Batman / Fortnite: Foundation Exclusive to SMASH and DC Comics Mexico!
4 Also being read:

Batman / Fortnite: Fundación arrives in Mexico thanks to SMASH and DC Comics Mexico, and its author, Christos Gage, gives details of this new adventure, now in the DC Universe

Once again the paths of Batman and Fortnite will cross paths in Batman / Fortnite: Foundation, where a mysterious figure from Fortnite Island will arrive in Gotham City, where he will have to team up with the Dark Knight.

Do not miss: Batman / Fortnite arrives: Foundation # 1 with the Batman Who Laughs outfit

In an interview with ScreenRant, Gage spoke about this one-shoot, in which the intentions of Lex Luthor and The Batman Who Laughs will be revealed, after the events of Zero Point.

“The ending showing Luthor and Batman Who Laughs talking to Dr. Slone was already planned, so I think the idea was always the hope that this would lead to more things.”.

The Foundation and The Batman Who Laughs

The Batman Who Laughs @DCComics is now available in the Store! pic.twitter.com/9I1lEliQUZ

The Foundation, an enigmatic figure from the island of Fortnite, emerges from the depths of Gotham Harbor, and the Dark Knight wants to investigate what he is doing in his city.

“In the first one we made Batman go to Fortnite Island, and in this one we have Foundation coming from the Fortnite universe to the DC universe. That was a perfect fit… There will be some tantalizing clues, and we’ll see what the Foundation is like, its approach to things in general, and some history. But it will not be to open the doors and reveal everything, because there is more of that to come in other areas.”.

Read:  Lessons from the final trailer for Spider-Man: No Way Home

With the arrival of The Batman Who Laughs, Gage invited Scott Snyder, the creator of the villain and creator of Dark Nights: Metal and Dark Nights: Death Metal, to participate in the creation of the story, who liked the idea of ​​contributing to the I take.

“When we found out we wanted The Batman Who Laughs to be a part of this, it made sense to involve Scott. He had also told us that he would really love to participate because he and his children are huge Fortnite fans and play a lot.”.

Gage pointed out that now the arrival of the Foundation to the DC Universe, the doors are opened for more crosses between the Fortnite Island and the DC Universe to arrive in the future.

“This is his big debut in other media and an opportunity for people to read a story that is like “What is it about?” We tried watching him interact with Agent Jones, but now this is going to be a bit more complicated.”.

You can also read: This is how the Batman Who Laughs skin looks like in Batman / Fortnite: Foundation

If you thought the Batman / Fortnite saga was over, think again … it only gets bigger from here.

Back in Gotham City after the events of Zero Point, Batman faces a new mystery and a new arrival. The Foundation, an enigmatic figure from the island of Fortnite, emerges from the depths of Gotham Harbor, and the Dark Knight wants to investigate what he is doing in his city.