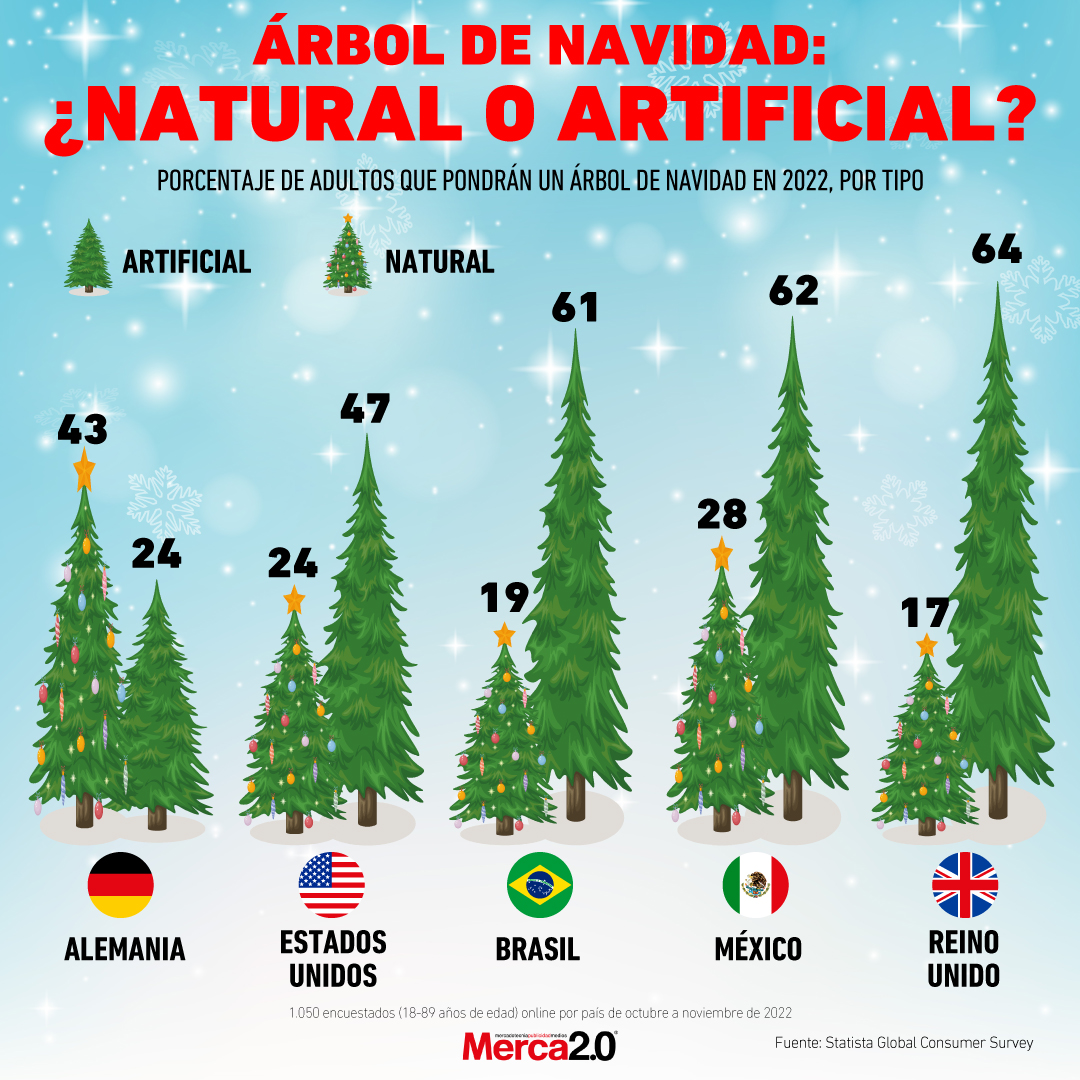 December begins and, with it, the Christmas season also begins, which is why a significant number of homes will be decorated with the classic Christmas tree, whether natural or artificial.

There is no doubt that the December season is, without a doubt, the strongest of the year, not only in terms of expenses, but also in terms of emotion, because for some people it is about closing a cycle; finish a year, however difficult it may have been, and start the next with renewed spirits.

In fact, for Mexicans, this is the time when they tend to spend more than necessary, as revealed by a survey carried out by the Mexican Internet Association (AMIPCI), indicating that Christmas is the shopping period on-line most important for consumers.

Now, according to data from the promotions page PicodiAmong the countries that generate the most expenses at these times are Chile, Mexico, Peru, Argentina and Brazil. According to the revealed data, the disbursement per capita in Chile is 379 dollars, a figure that positions them in the first position, while, below the Andean country, is Mexico, with a total of 368 dollars per capita.

On the other hand, in more detail, in Mexico, the distribution of expenses at Christmas time is divided as follows: 51 percent on food for Christmas and New Year’s dinners; 43 percent in gifts for the family; 14 percent on home decorations; and 13 percent on gifts for friends and/or acquaintances.

For a significant number of people, one of the greatest symbols of the December season is the Christmas tree, whether natural or artificial.

In this sense, according to the macro survey Statista Global Consumer Surveycarried out between October and November 2022, 90 percent of homes in Mexico say they will put up a Christmas tree this year.

Now, one of the biggest dilemmas when this season arrives is whether to place an artificial tree or, failing that, a natural one.

Looking at the data from the graph deposited above, In countries like Mexico, Brazil and the United Kingdom, the preference for the synthetic Christmas tree is much higher, with 62, 61 and 64 percent preference among consumers.