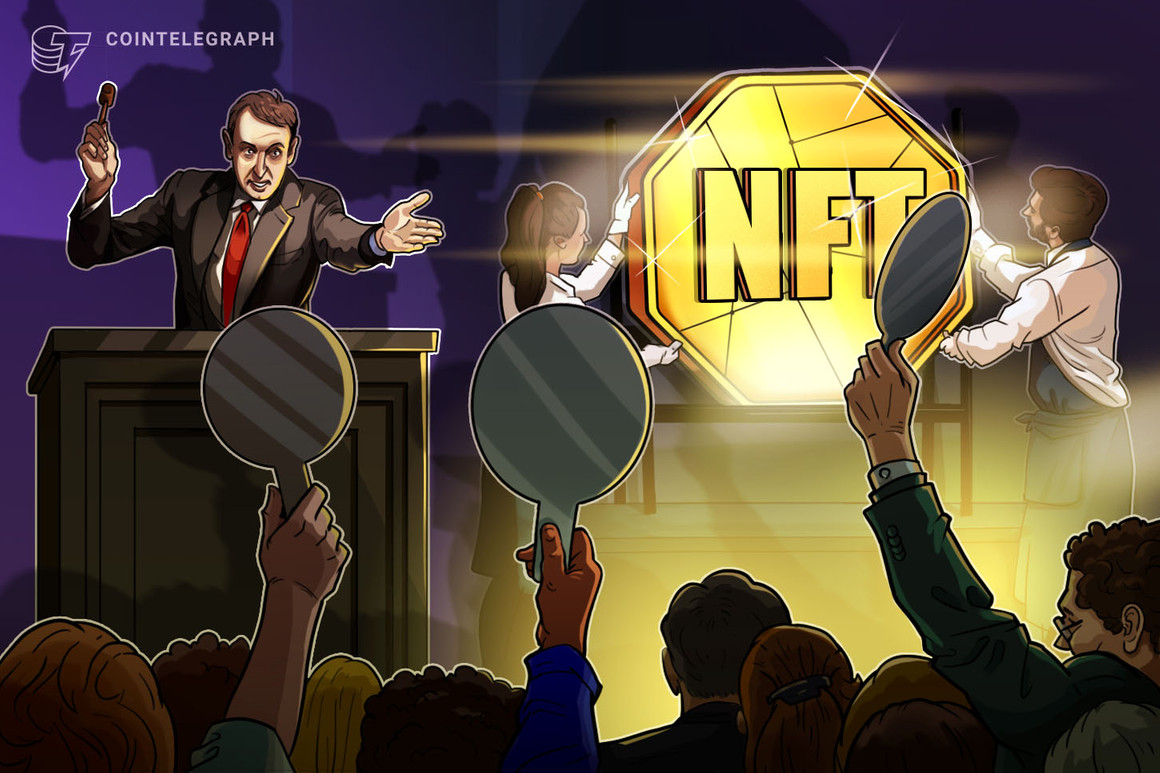 The 256-year-old British auction giant, which is also the world’s second-largest auction house by revenue from fine art auctions, said its Christie’s 3.0 allows NFT auctions to take place entirely on the ETH network “from start to finish”:

In its previous NFT auctions, the winning bidder’s payments were not always made on a blockchain, but the creation of Christie’s marketplace allows transactions to occur much like the popular OpenSea marketplace, allowing payments to be made in Ether (ETH).

Christie’s 3.0 allows for auctions to be carried out on the Ethereum blockchain network from start to finish. All transactions, including post-sale, will be automatically recorded on the blockchain. (2/4)

Christie’s 3.0 allows auctions to take place on the Ethereum blockchain network from start to finish. All transactions, including post-sale transactions, will be automatically recorded on the blockchain. (2/4)

The announcement was accompanied by an inaugural launch of a single project exclusive to the new market, by artist Diana Sinclair.and only nine NFTs can be viewed in a virtual online gallery built by Spatial.

Christie’s has had great success with NFT auctions in the past.such as Beeple’s Everydays: The First 5,000 Days, which was minted exclusively for the auction house and sold for a record $69.3 million in March 2021, making it one of the most expensive NFTs ever sold.

Read:  Synthetix is ​​the big winner of the day according to data from Coinmarketcap

At the time, the sale of the NFT was made in collaboration with the NFT MakersPlace marketplace.

The firm also facilitated the auction of nine CryptoPunks in May 2021.with a winning bid of almost USD 17 million.

Christie’s interest in Web3 has moved away from NFT auctions; in July he launched a venture fund aimed at supporting “art-related financial products and solutions” on Web3, with his initial investment going to LayerZero Labs, a company that builds decentralized applications compatible with multiple blockchains.

your rival, auction house Sotheby’s, has shown a similar interest in Web3 and NFTs, launching its own metaverse in October 2021 and also taking its share of high-priced NFT sales.